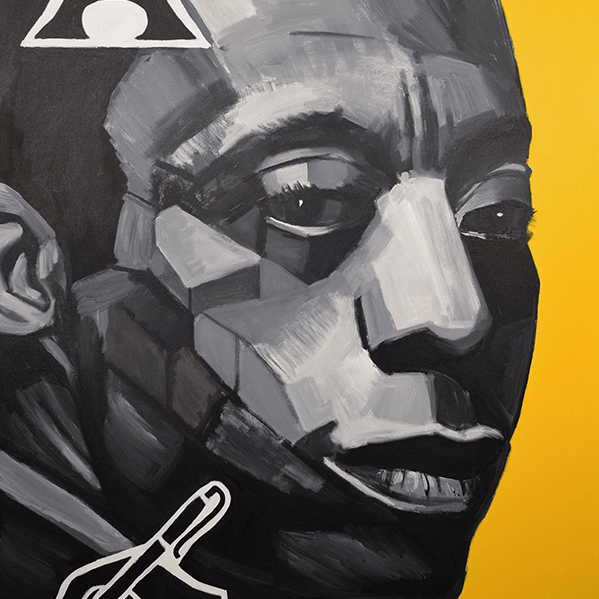 In addition to being an essayist, a novelist, and a playwright, James Baldwin was a voice for the American Civil Rights movement. Born into poverty in Harlem, New York, Baldwin was a preacher by the age of fourteen. He left for Paris in 1948, beginning a life as a self-styled “transatlantic commuter” who split his time between France and the United States. He launched his literary career with 1953’s semi-autobiographical book Go Tell It on the Mountain. Baldwin’s passionate discussion of race, gender, sexuality, and class in works such as Giovanni’s Room (1956), Nobody Knows My Name (1961), and The Fire Next Time (1963) were instrumental in shaping the Civil Rights movement. Baldwin made it his mission to “bear witness to the truth.”

Bernard Williams creates projects which investigate the complexities of American history and culture through painting, sculpture, and installation. His works insert personal biographical elements along with aspects of mass culture (advertising, fashion, sports, comics, television, and movies).  He seeks to develop works and perform actions which share a very specific attitude and atmosphere rather than a clearly identifiable style.