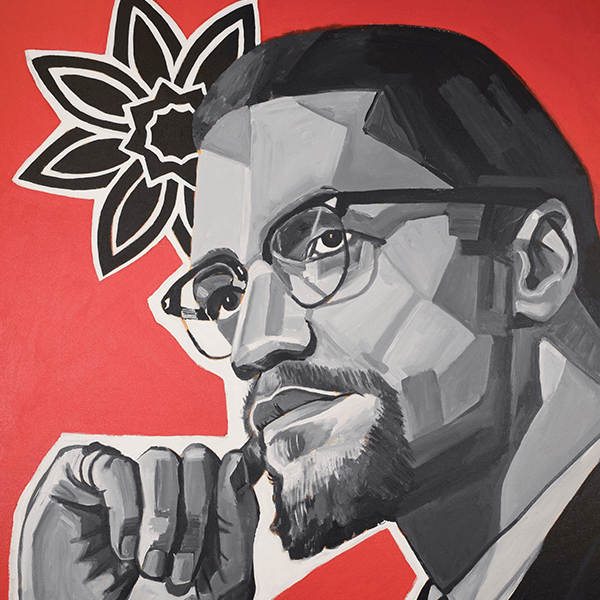 Malcolm X was born Malcolm Little in Nebraska. As a child, he lived in foster care for several years before moving in with his older half-sister. As a teenager, he committed several petty crimes and ended up in prison. There, he converted to the Nation of Islam, a combination of the teachings of Islam and Black nationalism. He rose through the ranks quickly and became second in command to Elijah Muhammed. Between 1955 and 1965, Malcolm came to represent the anger and frustration felt during the Civil Rights Movement. He urged his followers to achieve their rights “by any means necessary,” and is responsible for articulating the Nation’s stance of Black superiority. He also was one of the first to use the terms Black or Afro-American instead of Negro or colored. In 1964, he left the Nation of Islam and converted to Sunni Islam. This caused a rift with the Nation, leading to his assassination by Nation member Talmadge Hayer.