His portrait was taken over 160 times, in sittings across the country, making Douglass the most photographed American of the 19th century. You can see some of those photos in the rotating gallery, or scroll down outside that window for a fun activity!

The composite image below was created by Proun Design by combining images of Douglass into a larger version of one of his photos. See below to create your own mosaic in the “Agitate Yourself” activity. 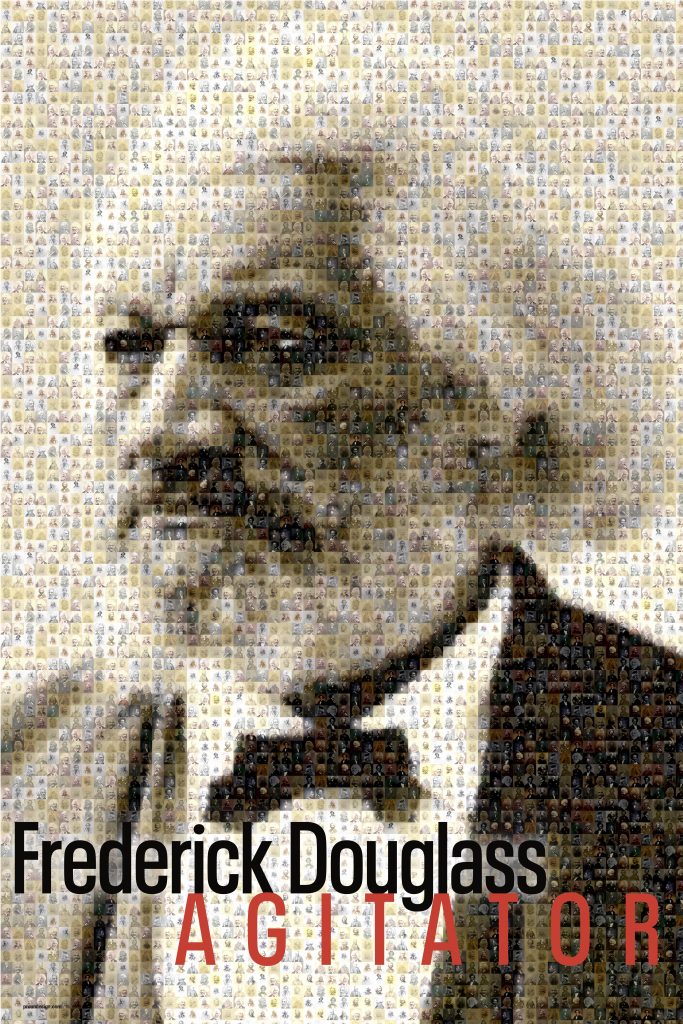 Frederick Douglass was the most photographed man of the 19th century, sitting for more than 160 portraits and photos.

He also saw photography as a tool for creating an image of black manhood in America that was neither funny nor damaging, as many depictions of African-Americans were at the time. Douglass almost never smiled, an expression he viewed as too friendly. He was careful to be photographed in settings that emphasized dignity, accomplishment and power, all things denied to those like him who had been enslaved.

Use the images in this folder to create your own image of agitation for a cause or topic you care deeply about. Download images and print them to create a print collage, or create one on your computer, and upload to social media with the hashtag #AgitatorFD or directly using the upload function on this page. 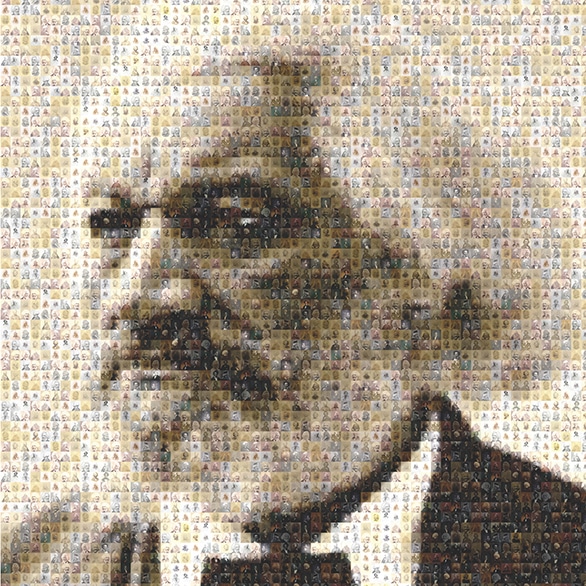 You can use the photos to frame your own image of yourself, place yourself in one of the settings Douglass used, or take the masthead of his newspapers and write your own article for your cause.