Happy Native American Heritage Month! Every November we recognize and celebrate the people who inhabited this land for many years, long before the United States of America even existed, long before European settlers even knew this continent existed. To honor this legacy, this month, for our monthly reading recommendations, we present books by indigenous writers, poets, and scholars. This list was compiled by singer-songwriter, poet and educator Tanaya Winder, who played songs and discussed writing alongside rapper Frank Waln back in May 2019 as part of our Singers & Songwriters series. Add these books to your reading list and celebrate the heritage of the people who’ve been living on this land the longest. 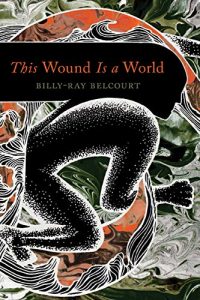 This Wound is a World by Billy-Ray Belcourt

“Part manifesto, part memoir, This Wound Is a World is an invitation to ‘cut a hole in the sky / to world inside.’ Belcourt issues a call to turn to love and sex to understand how Indigenous peoples shoulder their sadness and pain without giving up on the future. His poems upset genre and play with form, scavenging for a decolonial kind of heaven where ‘everyone is at least a little gay.’ This prize-winning collection pursues fresh directions for queer and decolonial theory as it opens uncharted paths for Indigenous poetry in North America. It is theory that sings, poetry that marshals experience in the service of a larger critique of the coloniality of the present and the tyranny of sexual and racial norms.” 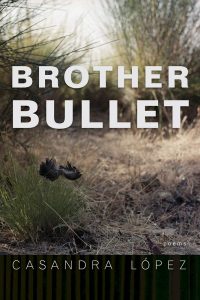 “Speaking to both a personal and collective loss, in Brother Bullet Casandra López confronts her relationships with violence, grief, guilt, and ultimately, endurance. Revisiting the memory and lasting consequences of her brother’s murder, López traces the course of the bullet—its trajectory, impact, wreckage—in lyrical narrative poems that are haunting and raw with emotion, yet tender and alive in revelations of light.” 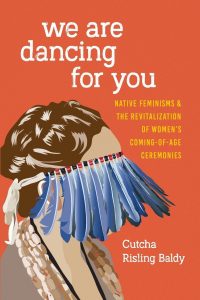 We Are Dancing For You by Cutcha Risling Baldy

“‘I am here. You will never be alone. We are dancing for you.’ So begins this deeply personal account of the revitalization of the Hoopa Valley Tribe’s Flower Dance, a coming-of-age ceremony for women that had not been fully practiced for decades. Using a framework of Native feminisms, Risling Baldy locates this revival within a broad context of decolonizing praxis and considers how this renaissance of women’s coming-of-age ceremonies confounds ethnographic depictions of Native women; challenges anthropological theories about menstruation, gender, and coming-of-age; and addresses gender inequality and gender violence within Native communities.” 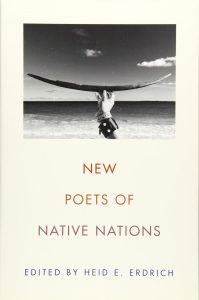 “New Poets of Native Nations gathers poets of diverse ages, styles, languages, and tribal affiliations to present the extraordinary range and power of new Native poetry. Heid E. Erdrich has selected twenty-one poets whose first books were published after the year 2000 to highlight the exciting works coming up after Joy Harjo and Sherman Alexie. Collected here are poems of great breadth―long narratives, political outcries, experimental works, and traditional lyrics―and the result is an essential anthology of some of the best poets writing now.” 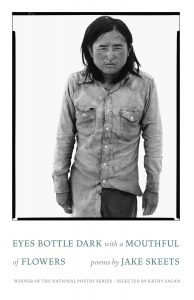 Eyes Bottle Dark with a Mouthful of Flowers by Jake Skeets

“Jake Skeets’s poetry collection is an unflinching portrait of the actual west, and also a fierce reclamation of a living place―full of beauty as well as brutality, whose shadows are equally capable of protecting encounters between boys learning to become, and to love, men. Its landscapes are ravaged, but they are also startlingly lush with cacti, yarrow, larkspur, sagebrush. Rooted in Navajo history and thought, these poems show what has been brewing in an often forgotten part of the American literary landscape, an important language, beautiful and bone dense. Sculptural, ambitious, and defiantly vulnerable, the poems of Eyes Bottle Dark with a Mouthful of Flowers are coal that remains coal, despite the forces that conspire for diamond, for electricity.” 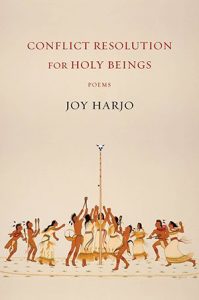 “A musical, magical, resilient volume from the first Native American Poet Laureate of the United States. In these poems, the joys and struggles of the everyday are played against the grinding politics of being human. Beginning in a hotel room in the dark of a distant city, we travel through history and follow the memory of the Trail of Tears from the bend in the Tallapoosa River to a place near the Arkansas River. Stomp dance songs, blues, and jazz ballads echo throughout. Lost ancestors are recalled. Resilient songs are born, even as they grieve the loss of their country. Joy Harjo is at the top of her form.”

This American Ghost by Michael Wasson

“These poems address the complicated and often invisible consequences of our American expansion—the violence and history of the indigenous body as an inheritor of trauma. Whether in the grief of a loved one’s suicide, counting the pulse of the chaotic viscera when entering indigenous myth, or re-witnessing the state-sanctioned loss a body’s mother tongue, these poems stand waiting at the border between survival and what’s been erased—these ghosts left breathing and still longing for any bloom inside the wreckage of our American conquest.” 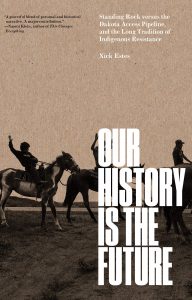 Our History is the Future by Nick Estes

How two centuries of Indigenous resistance created the movement proclaiming ‘Water is life.’ In 2016, a small protest encampment at the Standing Rock Reservation in North Dakota, initially established to block construction of the Dakota Access oil pipeline, grew to be the largest Indigenous protest movement in the twenty-first century. Water Protectors knew this battle for native sovereignty had already been fought many times before, and that, even after the encampment was gone, their anticolonial struggle would continue. In Our History Is the Future, Nick Estes traces traditions of Indigenous resistance that led to the #NoDAPL movement. Our History Is the Future is at once a work of history, a manifesto, and an intergenerational story of resistance. 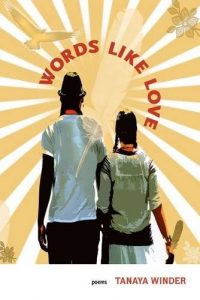 “In her debut collection, poet Tanaya Winder sings the joys, glories, and laments of love. Love is defined by familial, cultural, platonic, and romantic bonds in these emotional and thoughtfully rendered poems. Her voice traverses the darkness in a quest to learn more about the most complex of subjects.”

What books by indigenous writers do you love? Let us know in the comments!