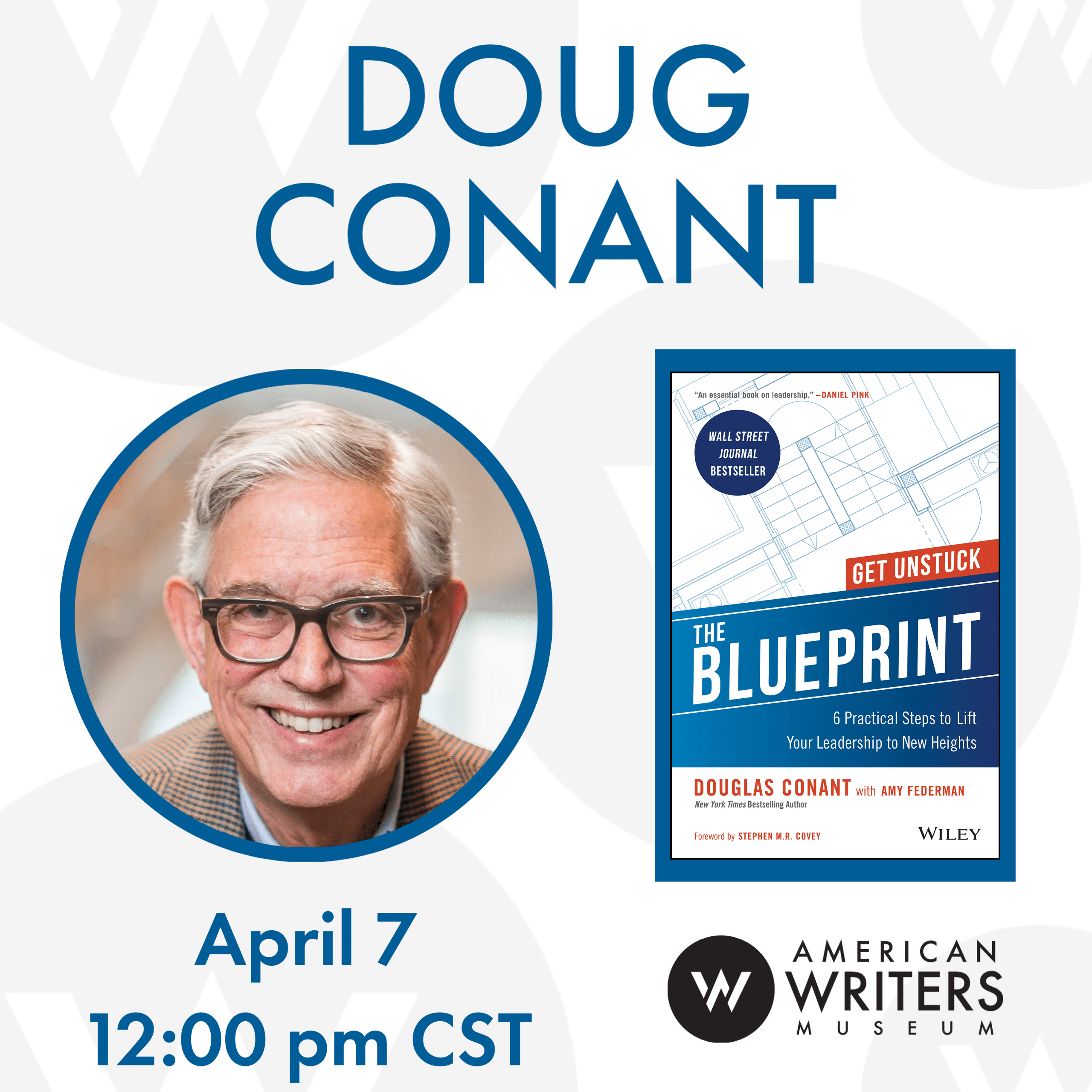 Doug Conant is the only Fortune 500 CEO who is a New York Times bestselling author, a Top 50 Leadership Innovator, a Top 100 Leadership Speaker, and a Top 100 Most Influential Author in the world. He tells his story and offers advice for leading in turbulent times in his new book The Blueprint: 6 Practical Steps to Lift Your Leadership to New Heights. Conant is joined by John Estey, Chair of S&C Electric and Chairman of the Board of Trustees of the American Writers Museum. This program takes place April 7 at 12:00 pm Central and will be hosted on Zoom. Register for the program here. 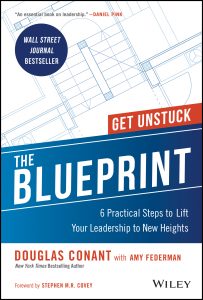 Halfway through his first career in marketing, Doug was fired without warning and with barely an explanation. Blindsided, he felt hopeless and stuck. He wondered: how had he not seen it coming? Yet this catastrophe turned out to be the best thing that ever happened to him. For the first time in his life, Doug began to consider what might be holding him back from realizing his potential, fulfilling his dreams, and making a bigger impact on the world.

Embarking on a journey of reflection, study, practice, and improvement, Doug forged a path to revolutionize his leadership and transform his career trajectory—ultimately ascending to the C-suite, CEO, and chairman ranks at three iconic Fortune 500 companies, occupying leadership positions on countless corporate and nonprofit boards, and founding his own boutique firm, ConantLeadership.

What he learned along the way was truly life-changing. Now, he is sharing the secret to elevated career success, joy, and fulfillment in his new book, The Blueprint: 6 Practical Steps to Lift Your Leadership to New Heights.

Douglas R. Conant is an internationally renowned business leader, New York Times bestselling author, keynote speaker, and social media influencer with more than 40 years of leadership experience at world-class global companies. For the past 20 years of his leadership journey, he has honed his leadership craft at the most senior levels – first as President of the Nabisco Foods Company, then as CEO of Campbell Soup Company, and finally as Chairman of Avon Products. In 2011, he founded ConantLeadership: a mission-driven community of leaders and learners who are championing leadership that works in the 21st century.

John W. Estey is Chairman of S&C Electric Company, headquartered in Chicago, Illinois, a global supplier of equipment and services for electric power systems. Mr. Estey joined S&C Electric Company in 1972 and has held a number of responsible positions in the company. John served for thirteen years in leadership positions in the Institute of Electrical & Electronics Engineers (IEEE), a worldwide professional society with with over 400,000 members in 160 countries. He also served on the board of the National Electrical Manufacturers Association for 15 years and served as Chair of its Board of Governors. John is also the lead director of Southwire Company, a multi-billion dollar manufacturer of wire and cable headquartered in Carrollton, Georgia. From a non-profit perspective, he serves as Chair of The American Writers Museum, is a member and Past Chairman of The Adler Planetarium Board of Trustees and is a Director of The Shelter for Abused Women and Children in Naples, FL.