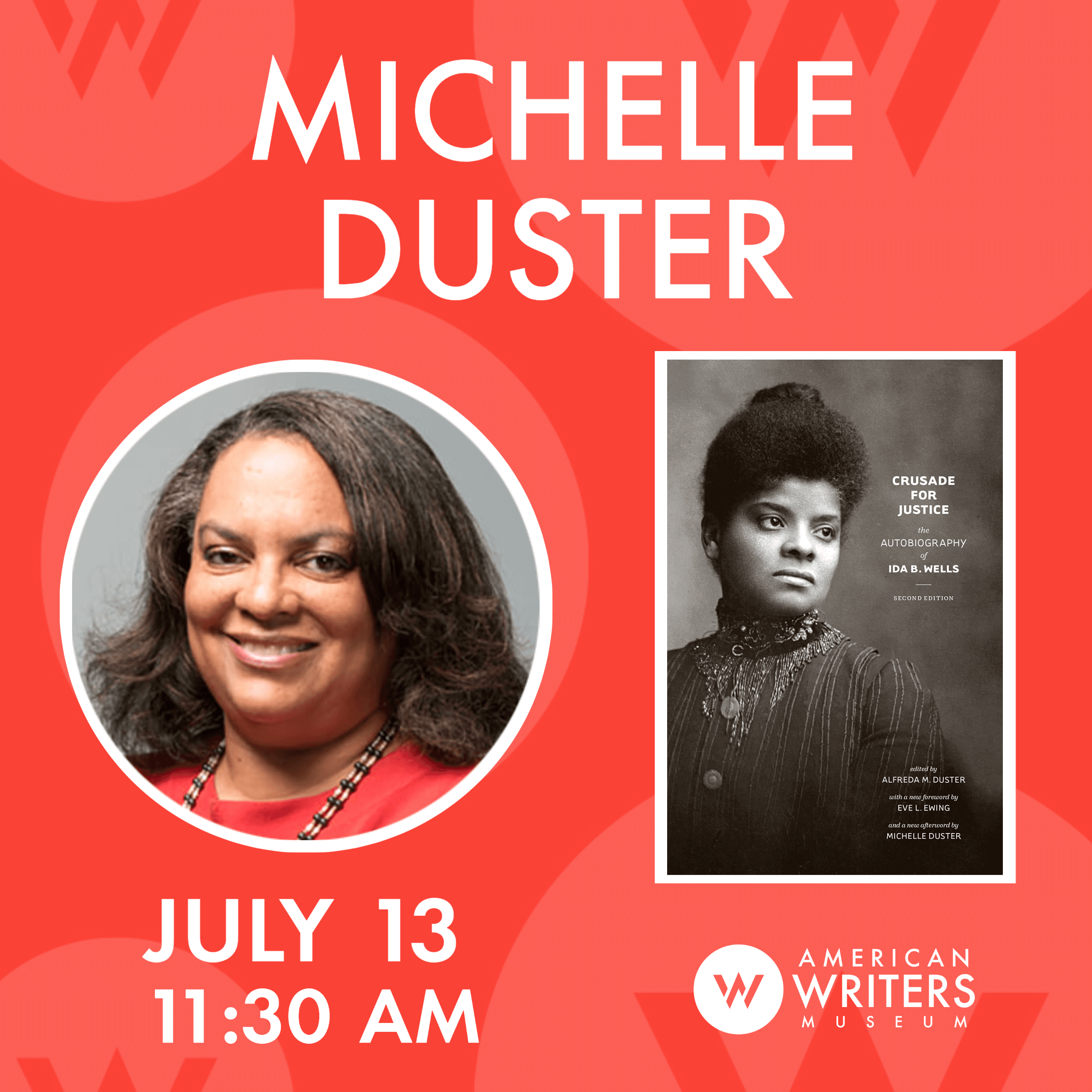 Crusade for Justice: The Autobiography of Ida B. Wells

A discussion with writer Michelle Duster about the legacy of her great-grandmother Ida B. Wells. In 2020, the University of Chicago Press reissued Crusade for Justice: The Autobiography of Ida B. Wells with a new foreword by Eve L. Ewing and a new afterword by Duster herself. This program took place July 13, 2020 at 11:30 am Central and was hosted live via Zoom, watch the entire program here. To purchase a copy of the book, please visit our page at Bookshop.org. 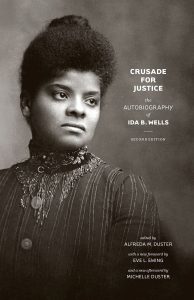 About Crusade for Justice: The Autobiography of Ida B. Wells:

“She fought a lonely and almost single-handed fight, with the single-mindedness of a crusader, long before men or women of any race entered the arena; and the measure of success she achieved goes far beyond the credit she has been given in the history of the country.” —Alfreda M. Duster

Ida B. Wells is an American icon of truth telling. Born to slaves, she was a pioneer of investigative journalism, a crusader against lynching, and a tireless advocate for suffrage, both for women and for African Americans. She co-founded the NAACP, started the Alpha Suffrage Club in Chicago, and was a leader in the early civil rights movement, working alongside W. E. B. Du Bois, Madam C. J. Walker, Mary Church Terrell, Frederick Douglass, and Susan B. Anthony.

This engaging memoir, originally published 1970, relates Wells’s private life as a mother as well as her public activities as a teacher, lecturer, and journalist in her fight for equality and justice. This updated edition includes a new foreword by Eve L. Ewing, new images, and a new afterword by Ida B. Wells’s great-granddaughter, Michelle Duster.

Michelle Duster is a writer, speaker, professor, and champion of racial and gender equity. In the last dozen years, she has written, edited, or contributed to eleven books. She co-wrote the popular children’s history book, Tate and His Historic Dream; co-edited Shifts: An Anthology of Women’s Growth Through Change and Michelle Obama’s Impact on African American Women and Girls; and edited two books that include the writings of her great-grandmother, Ida B. Wells. She has written articles for Essence, Huffington Post, Teen Vogue and The North Star. Her advocacy has led to street names, monuments, historical markers, and other public history projects that highlight women and African Americans, including Wells.

Her many awards include the 2019 Multi-Generational Activist Award from the Illinois Human Rights Commission and the 2019 Martin Luther King Jr. Social Justice Award from Dartmouth College.

She is a native Chicagoan who earned her B.A. in Psychology from Dartmouth College, and M.A. in Media Studies from The New School in New York City. She also completed MFA coursework in film and video production at Columbia College Chicago.

2 thoughts on “Crusade for Justice: The Autobiography of Ida B. Wells”