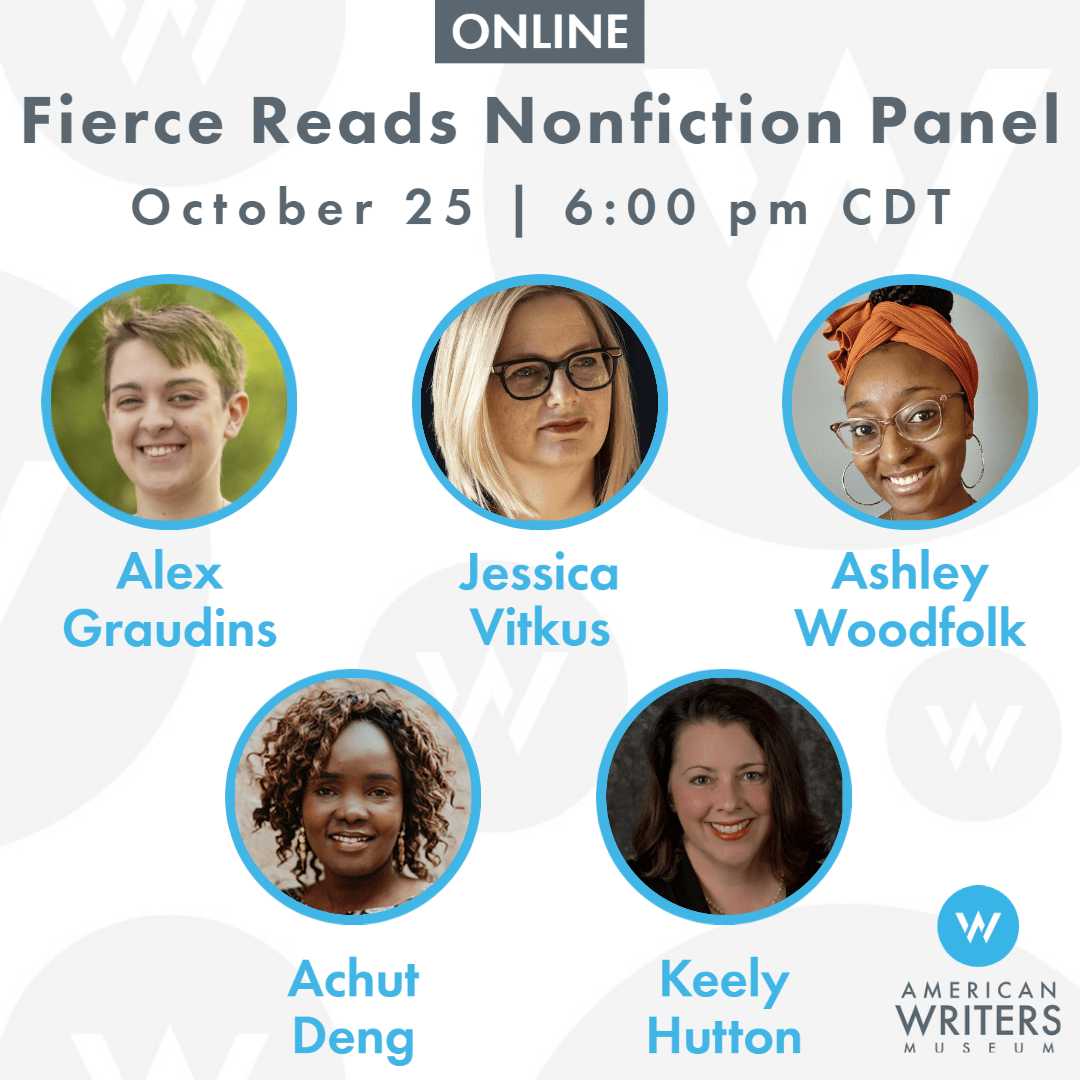 Join us online for an informative panel discussion all about nonfiction writing! Including how-to books, memoirs—in both graphic art form and prose—essay collections, and more, there is a wide range of possibilities in the nonfiction genre and the writers in this panel showcase that breadth. Featured writers include Alex Graudins (Improve: How I Discovered Improv and Conquered Social Anxiety); Jessica Vitkus (Crafting Change: Handmade Activism, Past and Present); Ashley Woodfolk (Opening My Eyes Underwater: Essays on Hope, Humanity, and Our Hero Michelle Obama); and Achut Deng and Keely Hutton (Don’t Look Back: A Memoir of War, Survival, and My Journey from Sudan to America).

This program takes place exclusively online and will be streamed via Zoom. Register for the viewing link here.

ALEX GRAUDINS is the cartoonist behind Science Comics: The Brain and History Comics: The Great Chicago Fire. Currently hiding out in li’l Rhode Island, she holds a BFA in Cartooning from the School of Visual Arts and has done work for sites like The Nib and CollegeHumor. She has a penchant for memoirs and narratives that tackle the topics of anxiety and friendship.

JESSICA VITKUS is a writer and television producer living in New York City. She has written craft stories and developed craft projects for Martha Stewart magazines and television, and has worked as a writer/producer for MTV News, Pop-Up Video, The Daily Show with Jon Stewart, and Late Night with Stephen Colbert.

ASHLEY WOODFOLK has loved reading and writing for as long as she can remember. She graduated from Rutgers University and worked in children’s book publishing for over a decade. Now a full-time mom and writer, Ashley lives in a sunny Brooklyn apartment with her cute husband, her cuter dog, and the cutest baby in the world. Her books include The Beauty That Remains, When You Were Everything, Blackout, Nothing Burns As Bright As You and the Flyy Girls Series.

ACHUT DENG was born in South Sudan and came to America as a refugee when she was sixteen years old, a story she recounts in her memoir, Don’t Look Back. She is now an American citizen and works in human resources at a meat-packing plant in South Dakota, where she also resides. She is the mother of three sons.

KEELY HUTTON is a children’s book author and former English teacher. She worked closely with Ricky Richard Anywar to tell his story in her debut novel, Soldier Boy. Booklist named Soldier Boy one of the top ten first novels in 2017 and one of the top ten historical novels for youth in 2018. Her second novel, Secret Soldiers, was a 2020 Bank Street Best Children’s Book of the Year and 2020 Children’s Book Council Notable Social Studies Book for Young People. Keely lives in Rochester, NY with her husband, two sons, and adorable dog, Maximus.