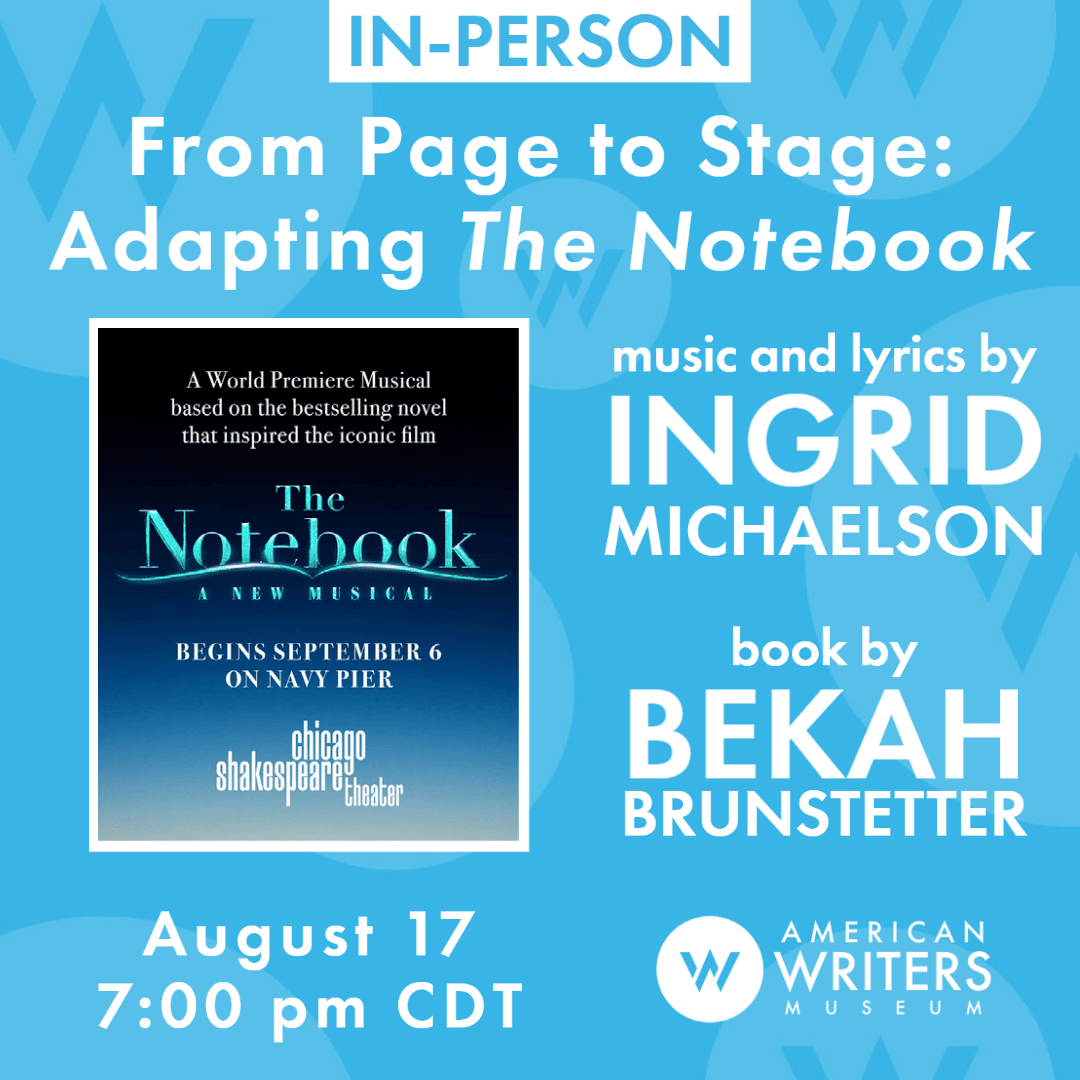 From Page to Stage: Adapting “The Notebook” (In-Person)

Join us for this special in-person event at the American Writers Museum to hear from multi-platinum singer-songwriter Ingrid Michaelson and playwright Bekah Brunstetter (writer and producer on NBC’s This Is Us), about their adaptation of The Notebook into a new musical. The two will share insights into their process and inspirations, and discuss what it was like to adapt the iconic love story by Nicholas Sparks for the stage. The world premiere production begins performances on September 6 at Chicago Shakespeare Theater, learn more here.

When you purchase a ticket to this event you will get a promo code for 20% off tickets to any September performance of The Notebook. You can find the promo code in the confirmation email (AWM members will receive the code in a separate email). You will also be entered to win a date-night pair of tickets to the production!

This is an in-person event. Masks are required. This program will also be livestreamed, register for the live online broadcast here. 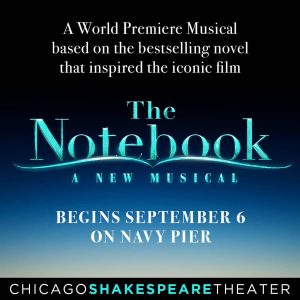 More about The Notebook:

Beginning September 6, Chicago Shakespeare Theater presents the world premiere of The Notebook, a new musical based on the bestselling novel that inspired the iconic film. Allie and Noah, both from different worlds, share a lifetime of love despite the forces that threaten to pull them apart, in a deeply moving portrait of the enduring power of love. Broadway directors Michael Greif (Dear Evan Hansen, Next to Normal, RENT) and Schele Williams (Aida, Motown the Musical) team up with multi-platinum singer-songwriter Ingrid Michaelson on music and lyrics, book by playwright Bekah Brunstetter (writer and producer on NBC’s This Is Us), and choreography by Katie Spelman. For more information, visit chicagoshakes.com/notebook.

Known for her distinctively soulful folk-pop style, singer-songwriter Ingrid Michaelson is a force in the music industry, with four Top 20 albums and two platinum singles: “The Way I Am” and “Girls Chase Boys.” Michaelson’s nine studio albums have been released on her own independent label Cabin 24 Records and her original songs have soundtracked important moments in hundreds of television series and feature films. Michaelson made her Broadway debut as Sonya in Natasha, Pierre, & the Great Comet of 1812 in 2017.

Bookwriter Bekah Brunstetter was a supervising producer and writer on NBC’s Emmy and Golden Globe Award-winning series This Is Us. An accomplished playwright, her work has been produced at major regional theaters, including Manhattan Theatre Club, South Coast Repertory, Atlantic Theater Company, and The Old Globe. Her new musical A.D. 16, written in collaboration with Cinco Paul (Schmigadoon), recently premiered at Olney Theatre in a production directed by Stephen Brackett (A Strange Loop, Be More Chill). She was also a writer and producer on the acclaimed Netflix series Maid, garnering the Writers Guild of America Award for Best Long Form – Adapted program.

By registering for this event, attendees agree to receive email communications from Chicago Shakespeare Theater.