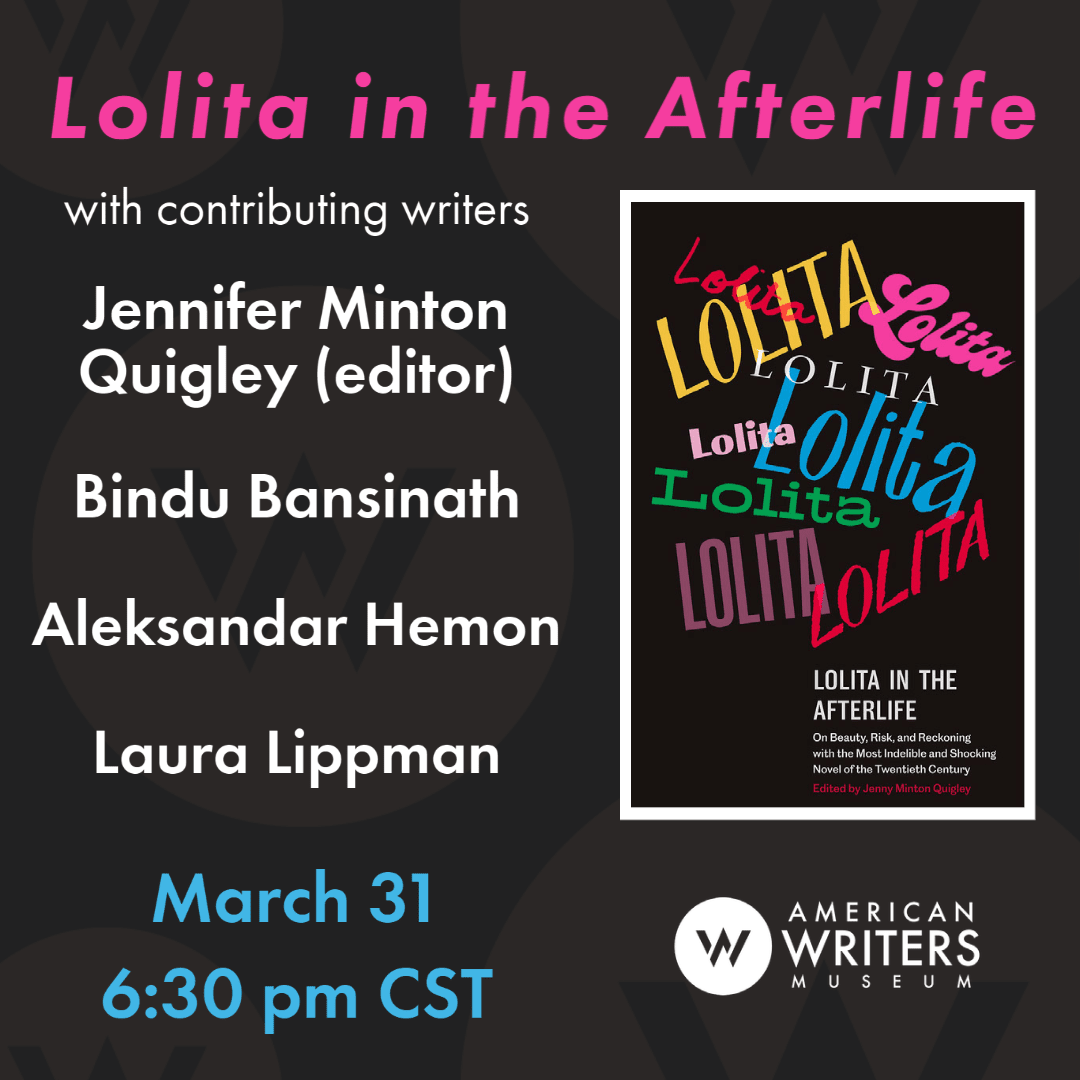 Lolita in the Afterlife

Join us for a conversation about the new essay anthology Lolita in the Afterlife: On Beauty, Risk, and Reckoning with the Most Indelible and Shocking Novel of the Twentieth Century. We are thrilled to chat with Jennifer Minton Quigley, editor of the collection and daughter of the original Lolita publisher, and contributing writers Bindu Bansinath, Aleksandar Hemon, and Laura Lippman. This program takes place March 31 at 6:30 pm Central and will be streamed live on YouTube. 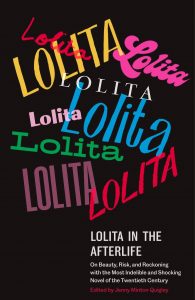 More about Lolita in the Afterlife:

In 1958, Vladimir Nabokov’s Lolita was published in the United States to immediate controversy and bestsellerdom. More than sixty years later, this phenomenal novel generates as much buzz as it did when originally published. Central to countless issues at the forefront of our national discourse— art and politics, race and whiteness, gender and power, sexual trauma—Lolita lives on, in an afterlife as blinding as a supernova. With original contributions from a stellar cast of prominent twenty-first century writers and edited by the daughter of Lolita’s original publisher in America, Lolita in the Afterlife is a vibrant collection of sharp and essential modern pieces on this perennially provocative book.

Praise for Lolita in the Afterlife:

“In the six decades since its publication, Vladimir Nabokov’s Lolita continues to fascinate and disgust. Editor Quigley’s father took the risk in 1958 of publishing Lolita in the United States despite backlash and censorship threats. The 30 essays in this work present various aspects of Lolita, including a profile of the showgirl who first introduced the book to the American publishing world, its two film adaptations, its influence on modern music, and online message boards devoted to “nymphet culture” inspired by the novel…The superb essays found in this book demonstrate the enduring impact of this novel.” —Library Journal (starred review)

“A sparkling collection of essays about the controversial novel. Lolita is personal for Minton Quigley, a writer, editor, and daughter of Walter Minton, the Putnam president who first published the novel in the U.S. in 1958… A compendious, wide-ranging collection of sharp, thoughtful essays.” —Kirkus Reviews (starred review)

“Jenny Minton Quigley brings together many of the most accomplished scholars of today in her new collection dedicated to deciphering the long-term impact of the 20th century’s most controversial novel. Featuring essays from Sarah Weinman, Roxane Gay, Kate Elizabeth Russell, and many more, Lolita in the Afterlife is a thoughtful new addition to Nabokov scholarship that reaches deep into the American psyche.” —Crime Reads

JENNY MINTON QUIGLEY is a writer and editor. She is the series editor for The Best Short Stories of The Year: The O. Henry Prize Winners, and the author of a memoir, The Early Birds. She is the daughter of Walter J. Minton, the storied former president and publisher of G. P. Putnam’s Sons, who first dared to publish Lolita by Vladimir Nabokov in the United States in 1958. A former book editor at several Random House imprints, Minton Quigley lives in West Hartford, Connecticut, with her husband, sons, and dogs.

BINDU BANSINATH grew up in North Brunswick, New Jersey and currently lives in Manhattan, where she’s an MFA candidate in fiction at Columbia University. Her work will appear in the forthcoming anthology, Lolita in the Afterlife: On Beauty, Risk, and Reckoning with the Most Indelible and Shocking Novel of the 20th Century, out from Vintage in 2021. Bindu is currently at work on her debut novel. She’s represented by Jin Auh and Alexandra Christie at the Wylie Agency. Bindu currently works as an assistant editor at Harper’s Magazine.

ALEKSANDAR HEMON is the author of The Lazarus Project, which was a finalist for the 2008 National Book Award and National Book Critics Circle Award, and three collections of short stories: The Question of Bruno; Nowhere Man, which was also a finalist for the National Book Critics Circle Award; and Love and Obstacles. Born in Sarajevo, Hemon visited Chicago in 1992, intending to stay for a matter of months. While he was there, Sarajevo came under siege, and he was unable to return home. Hemon wrote his first story in English in 1995. He was awarded a Guggenheim Fellowship in 2003 and a “genius grant” from the MacArthur Foundation in 2004. He lives in Chicago with his wife and daughter.

LAURA LIPPMAN was a reporter for twenty years, including twelve years at The Baltimore Sun. She began writing novels while working full-time and published seven books about “accidental PI” Tess Monaghan before leaving daily journalism in 2001. Her work has been awarded the Edgar ®, the Anthony, the Agatha, the Shamus, the Nero Wolfe, Gumshoe and Barry awards. She also has been nominated for other prizes in the crime fiction field, including the Hammett and the Macavity. She was the first-ever recipient of the Mayor’s Prize for Literary Excellence and the first genre writer recognized as Author of the Year by the Maryland Library Association. Ms. Lippman grew up in Baltimore and attended city schools through ninth grade.