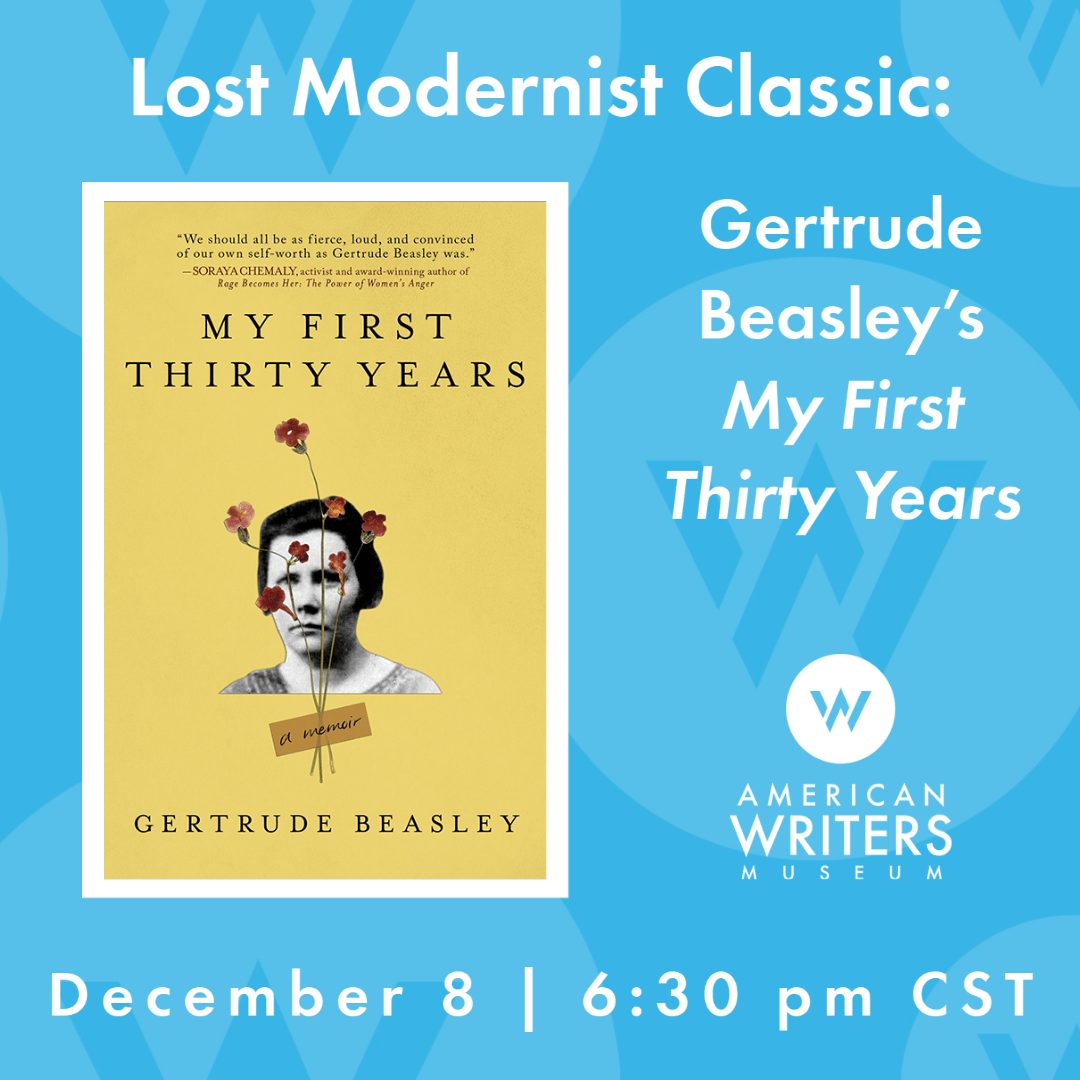 You’ve certainly heard of Hemingway, Faulkner, Steinbeck…literary giants who dominated the portrayal of the American experience. But, have you heard of Gertrude Beasley? Editors Nina Bennett and Marie Bennett discuss uncovering and reprinting 1920s author Gertrude Beasley’s banned memoir My First Thirty Years. They are joined by Dr. Celia Marshik, Professor of English at Stony Brook University. This program will be hosted online via Zoom, register for the program here.

Gertrude Beasley wrote her memoir My First Thirty Years—the coming-of-age story of a young woman raised in rural Texas poverty—long before these authors shaped the genre, yet her legacy as an American writer has been lost. In 1925, she was a woman who wrote about things nice young ladies didn’t talk about: poverty, the struggles of the working class, abuse, and sexuality. Because of that, her memoir was banned in America upon its release. Now, thanks to two intrepid editors determined to give her a voice, Beasley’s story is heard again.

In 2019, Nina Bennett and Marie Bennett first discovered Beasley and her mysterious life. When Nina first came across Beasley’s writing in an anthology, she and Marie went online and were surprised by what they found about Beasley—or rather, what they couldn’t find.

With only a few hundred copies in existence, My First Thirty Years was nearly impossible to locate and information on the author was even more obscure. Determined to know what secrets this book held, Nina and Marie tracked down a copy of the book on eBay and paid $500 for its delivery. To them, it was plain to see why Beasley’s writing had been banned: she was an early feminist, advocate for contraception and birth control, and a self-claimed socialist. Ideologies that would have shocked American readers in the 1920s and continue to do so today. 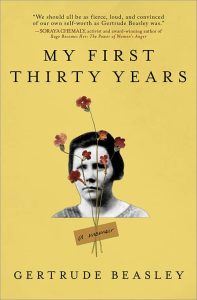 About My First Thirty Years:

“Thirty years ago, I lay in the womb of a woman, conceived in a sexual act of rape, being carried during the prenatal period by an unwilling and rebellious mother, finally bursting from the womb only to be tormented in a family whose members I despised or pitied, and brought into association with people whom I should never have chosen.”

This is the searing opening to Edna “Gertrude” Beasley’s raw and scathing memoir, originally published in Paris in 1925 but ultimately suppressed and lost to history—until now. Only five-hundred copies were printed, very few of which made it into readers’ hands, having been confiscated by customs inspectors or removed from bookshelves by Texas law enforcement.

In 1927, Beasley—a self-proclaimed socialist and staunch feminist who fought for women’s rights—disappeared. Her fate remained a mystery until researchers began digging into her story. While living in London, she had been thrown out of her lodgings—for reasons that remain unclear—arrested and placed in a mental ward. A few months later, she returned to the U.S. and was committed to a psychiatric center on Long Island. She never left, dying there of pancreatic cancer in 1955.

My First Thirty Years reveals the story of a woman who grew up in abject poverty in rural Texas during the early 1900s, where she battled ongoing internal wars with herself concerning her family, faith, sexual reckoning, and quest for education at a time when women were not supposed to discuss those things. Beasley’s memoir is one of the most brutally honest coming-of-age historical memoirs ever written. Her story deserves to be heard.

Praise for My First Thirty Years:

“This fierce chronicle of one woman’s determination to confront insurmountable odds in the fight for women’s rights is a template of righteous dissent against many persistent forms of social injustice.”
—Booklist

“We should all be as fierce, loud, and convinced of our own self-worth as Gertrude Beasley was. This story of a justifiably angry woman living ahead of the world she lived in will resonate deeply today.”
—Soraya Chemaly, activist and award-winning author of Rage Becomes Her: The Power of Women’s Anger

“Gertrude Beasley’s 1925 memoir grabs the reader by the arm and holds tight, speaking with a voice as compelling as if she had just put down her pen this morning. Feminist, socialist, and acute observer of both herself and the world around her, Beasley gives us stories that illuminate the costs of poverty and of being a woman. To read My First Thirty Years is to be in conversation with an extraordinary mind.”
—Anne Gardiner Perkins, author of Yale Needs Women

DR. CELIA MARSHIK is the author of British Modernism and Censorship; At the Mercy of Their Clothes: Modernism, the Middlebrow, and British Garment Culture; and co-author of Modernism, Sex, and Gender. She edited The Cambridge Companion to Modernist Culture, and her most recent article is “Sexual Violence as Founding Narrative: Edna Gertrude Beasley’s My First Thirty Years” (Feminist Modernist Studies, 2021).