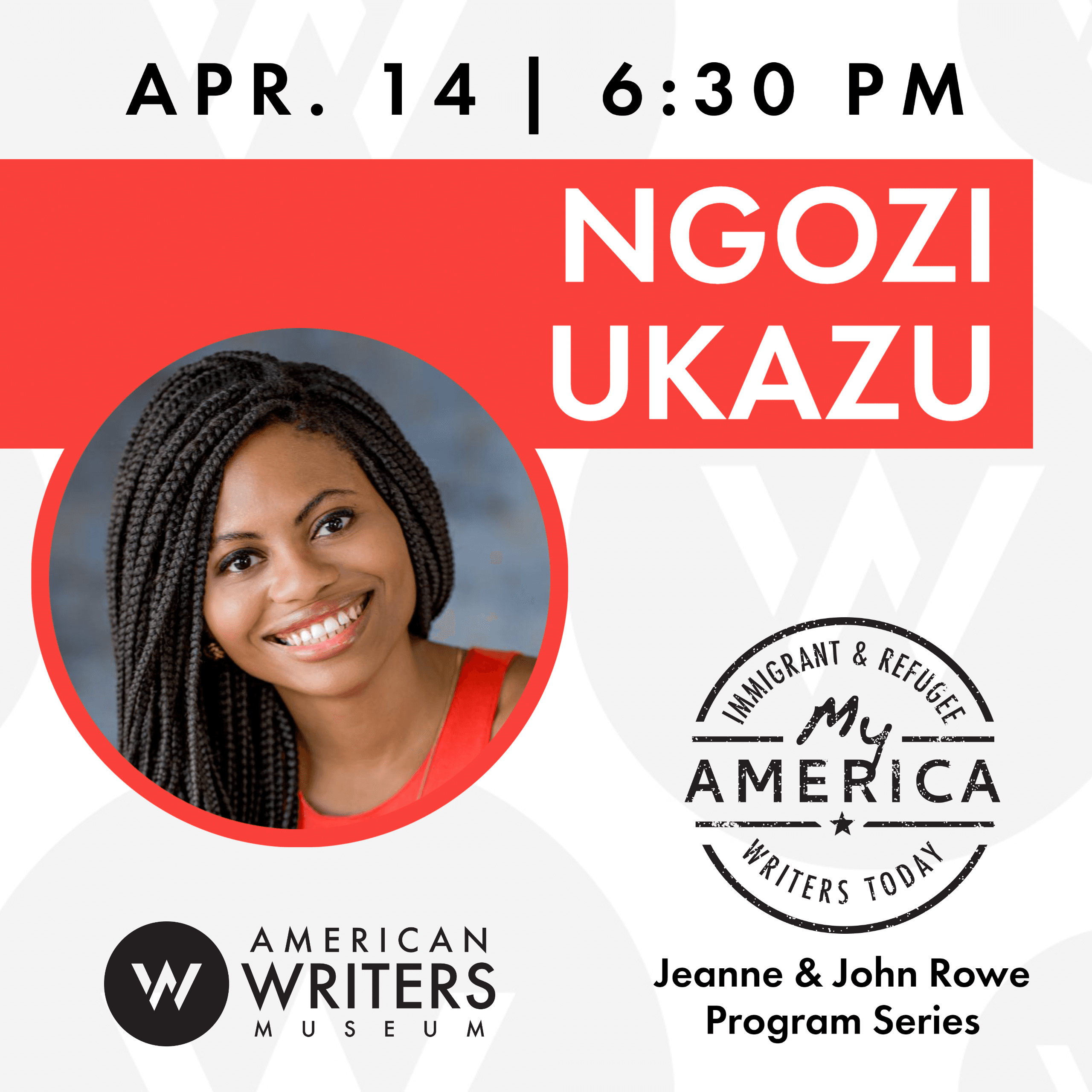 NGOZI UKAZU is the creator of Check, Please!, an online graphic novel whose printing campaign remains the most funded webcomics Kickstarter ever. Originally from Houston, Ukazu’s parents came to the United States from Nigeria. Check, Please! Book 2: Sticks & Scones is the second book of a hilarious and stirring two-volume coming-of-age story about hockey, bros, and trying to find yourself during the best four years of your life. This program will be streamed live online. Register for the free webinar here.

Eric Bittle may be a former junior figure skating champion, vlogger extraordinaire, and very talented amateur pâtissier, but being a freshman on the Samwell University hockey team is a whole new challenge. It is nothing like co-ed club hockey back in Georgia! First of all? There’s “checking” (anything that hinders the player with possession of the puck, ranging from a stick check all the way to a physical sweep). And then, there is Jack—his very attractive but moody captain.

“This is a warm story with an irresistible protagonist, a clever supporting cast, and lively and plentiful game and practice scenes…A fun and deeply satisfying read for teens.” ―Kirkus Reviews, starred review

“Ukazu blends a series of tropes (coming-of-age, coming out, an outsider finding acceptance) into one coherent, amusing tale.” ―Publishers Weekly

NGOZI UKAZU graduated from Yale University in 2013 with a degree in Computing and The Arts, and received a masters in Sequential Art in 2015 from the Savannah College of Art and Design. She first became interested in hockey while writing a screenplay about the sport during her senior year at Yale. But after Yale hockey won the Division I Men’s Ice Hockey national championship, she became obsessed. While she used her new-found knowledge of ice hockey to launch “Check, Please!” in 2013, Ngozi has a deep interest in sports that ranges from half-marathon training to basketball documentaries. Ngozi also cites 90s sitcoms as a major influence in the quirky, found-family feel of “Check, Please!”

4 thoughts on “My America: Ngozi Ukazu”