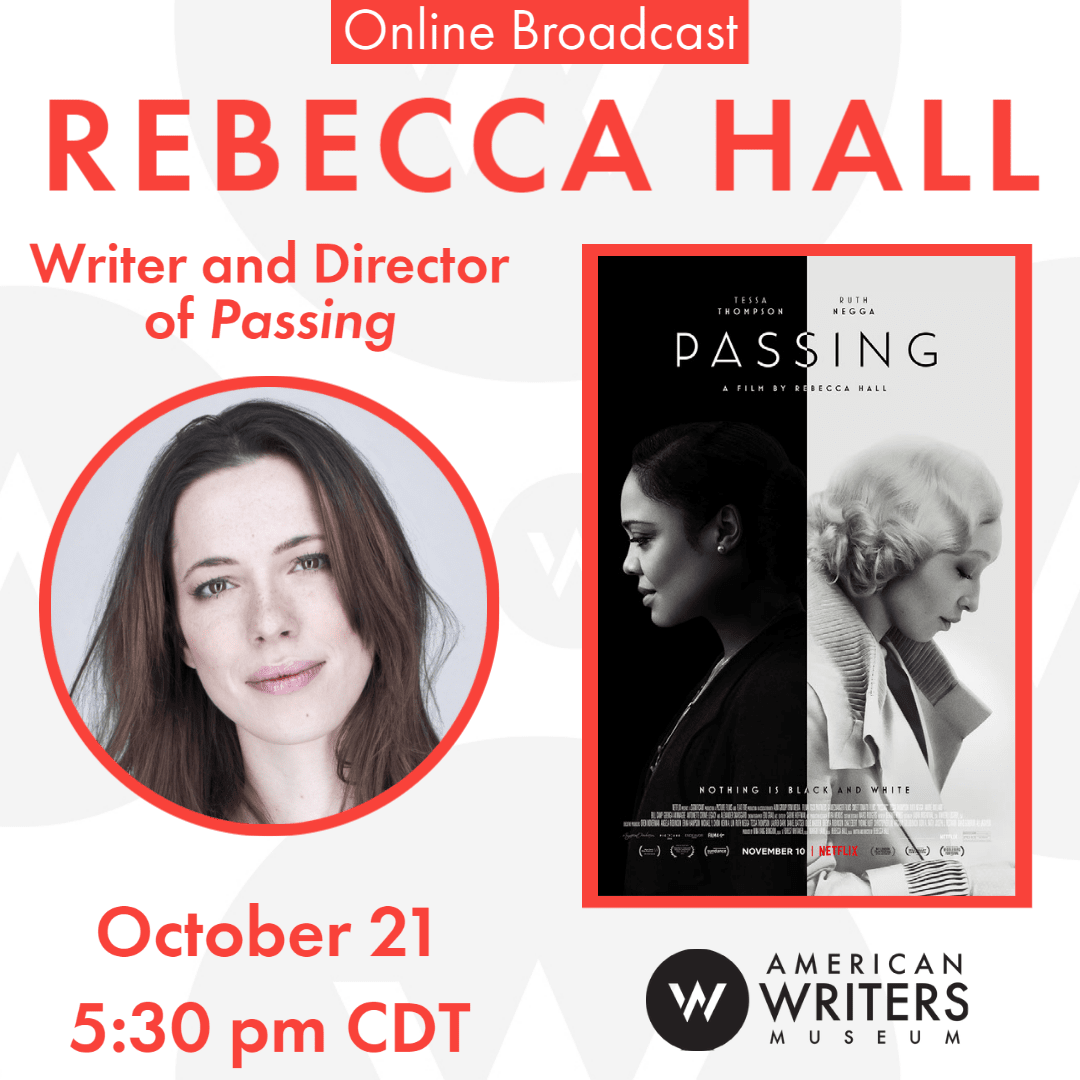 Join us for a conversation with Rebecca Hall about her new film Passing, an adaption of the 1929 Nella Larsen novel. Hall both wrote the screenplay and directed the film, which is in select theaters this October and hits Netflix on November 10. Hall is joined by Northwestern University professor Dr. Ivy Wilson to discuss the adaptation process, the film’s themes, and Nella Larsen’s legacy.

Watch the trailer for Passing here.

When you register for this event, you will receive a link to view a live, online broadcast of the program being hosted at the American Writers Museum. If you would like to attend the in-person event, please click here to register. 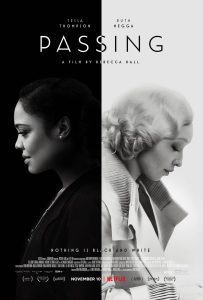 Adapted from the celebrated 1929 novel of the same name by Nella Larsen, Passing tells the story of two Black women, Irene Redfield (Tessa Thompson) and Clare Kendry (Academy Award nominee Ruth Negga), who can “pass” as white but choose to live on opposite sides of the color line during the height of the Harlem Renaissance in late 1920s New York. After a chance encounter reunites the former childhood friends one summer afternoon, Irene reluctantly allows Clare into her home, where she ingratiates herself to Irene’s husband (André Holland) and family, and soon her larger social circle as well. As their lives become more deeply intertwined, Irene finds her once-steady existence upended by Clare, and Passing becomes a riveting examination of obsession, repression and the lies people tell themselves and others to protect their carefully constructed realities.