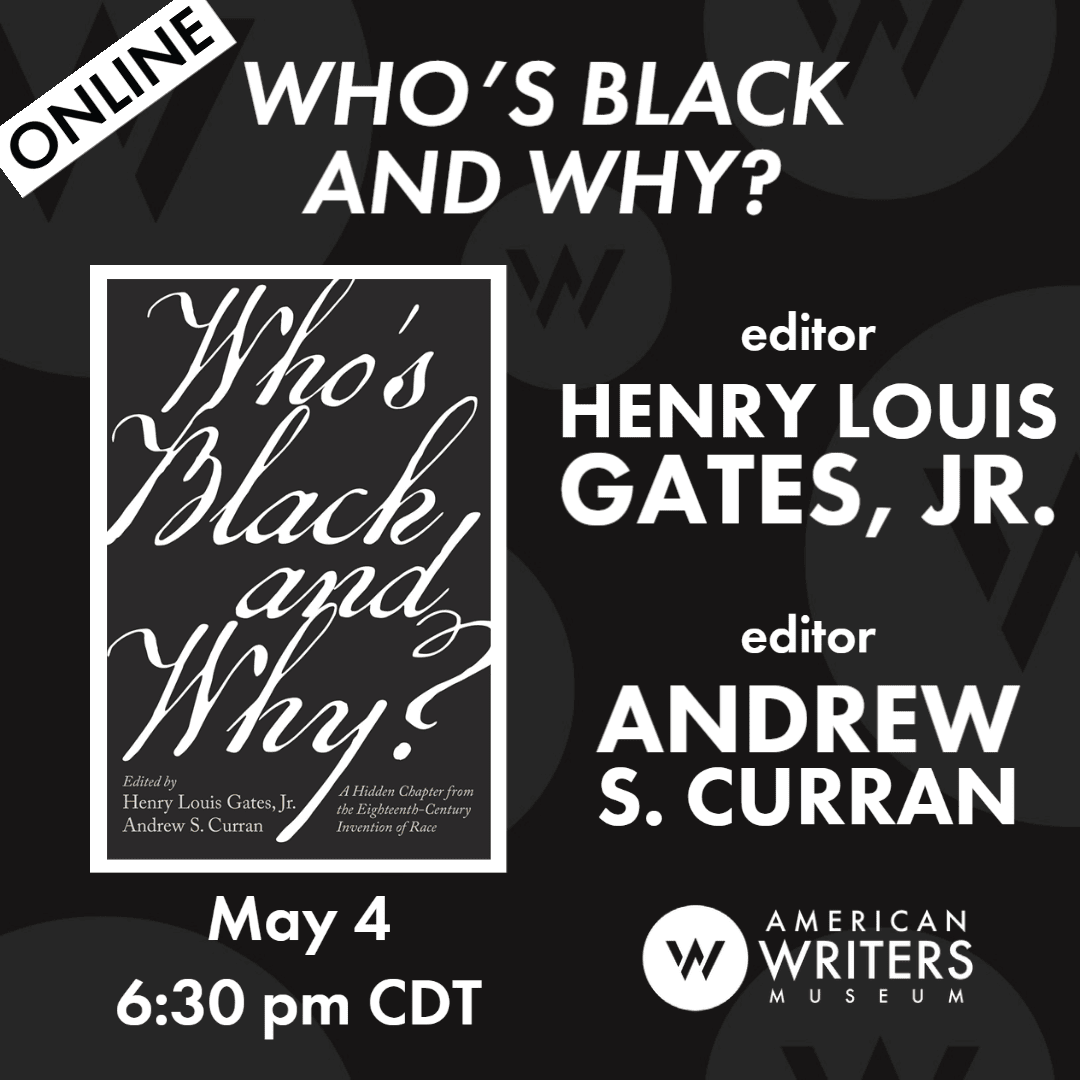 Who’s Black and Why?

Join us for an evening with Henry Louis Gates, Jr. and Andrew S. Curran, editors of the new collection Who’s Black and Why?: A Hidden Chapter from the Eighteenth-Century Invention of Race. The first translation and publication of sixteen submissions to the notorious eighteenth-century Bordeaux essay contest on the cause of black skin―an indispensable chronicle of the rise of scientifically based, anti-Black racism. The two editors are joined in conversation by biological anthropologist Nina G. Jablonski. Register for the virtual program here. 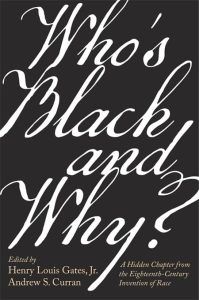 More about Who’s Black and Why?:

In 1739 Bordeaux’s Royal Academy of Sciences announced a contest for the best essay on the sources of “blackness.” What is the physical cause of blackness and African hair, and what is the cause of Black degeneration, the contest announcement asked. Sixteen essays, written in French and Latin, were ultimately dispatched from all over Europe. The authors ranged from naturalists to physicians, theologians to amateur savants. Documented on each page are European ideas about who is Black and why.

Looming behind these essays is the fact that some four million Africans had been kidnapped and shipped across the Atlantic by the time the contest was announced. The essays themselves represent a broad range of opinions. Some affirm that Africans had fallen from God’s grace; others that blackness had resulted from a brutal climate; still others emphasized the anatomical specificity of Africans. All the submissions nonetheless circulate around a common theme: the search for a scientific understanding of the new concept of race. More important, they provide an indispensable record of the Enlightenment-era thinking that normalized the sale and enslavement of Black human beings.

These never previously published documents survived the centuries tucked away in Bordeaux’s municipal library. Translated into English and accompanied by a detailed introduction and headnotes written by Henry Louis Gates, Jr., and Andrew Curran, each essay included in this volume lays bare the origins of anti-Black racism and colorism in the West.

Praise for Who’s Black and Why?:

“A fascinating, if disturbing, window onto the origins of racism.”
―Publishers Weekly

“The eighteenth-century essays published for the first time in Who’s Black and Why? contain a world of ideas―theories, inventions, and fantasies―about what blackness is, and what it means. To read them is to witness European intellectuals, in the age of the Atlantic slave trade, struggling, one after another, to justify atrocity.”
―Jill Lepore, author of These Truths: A History of the United States

Henry Louis Gates, Jr. is the author of numerous books and has written extensively on the history of race and anti-Black racism in the Enlightenment. His most recent works include Stony the Road and The Black Church. He is the Alphonse Fletcher University Professor and Director of the Hutchins Center for African and African American Research at Harvard University.

Andrew S. Curran is a leading specialist of the Enlightenment era and the author of The Anatomy of Blackness and Diderot and the Art of Thinking Freely. He is the William Armstrong Professor of the Humanities at Wesleyan University.

Nina G. Jablonski is Evan Pugh University Professor of Anthropology at The Pennsylvania State University. A biological anthropologist and paleobiologist, she studies primate and human evolution, and has specialized in the evolution of human skin and skin color.