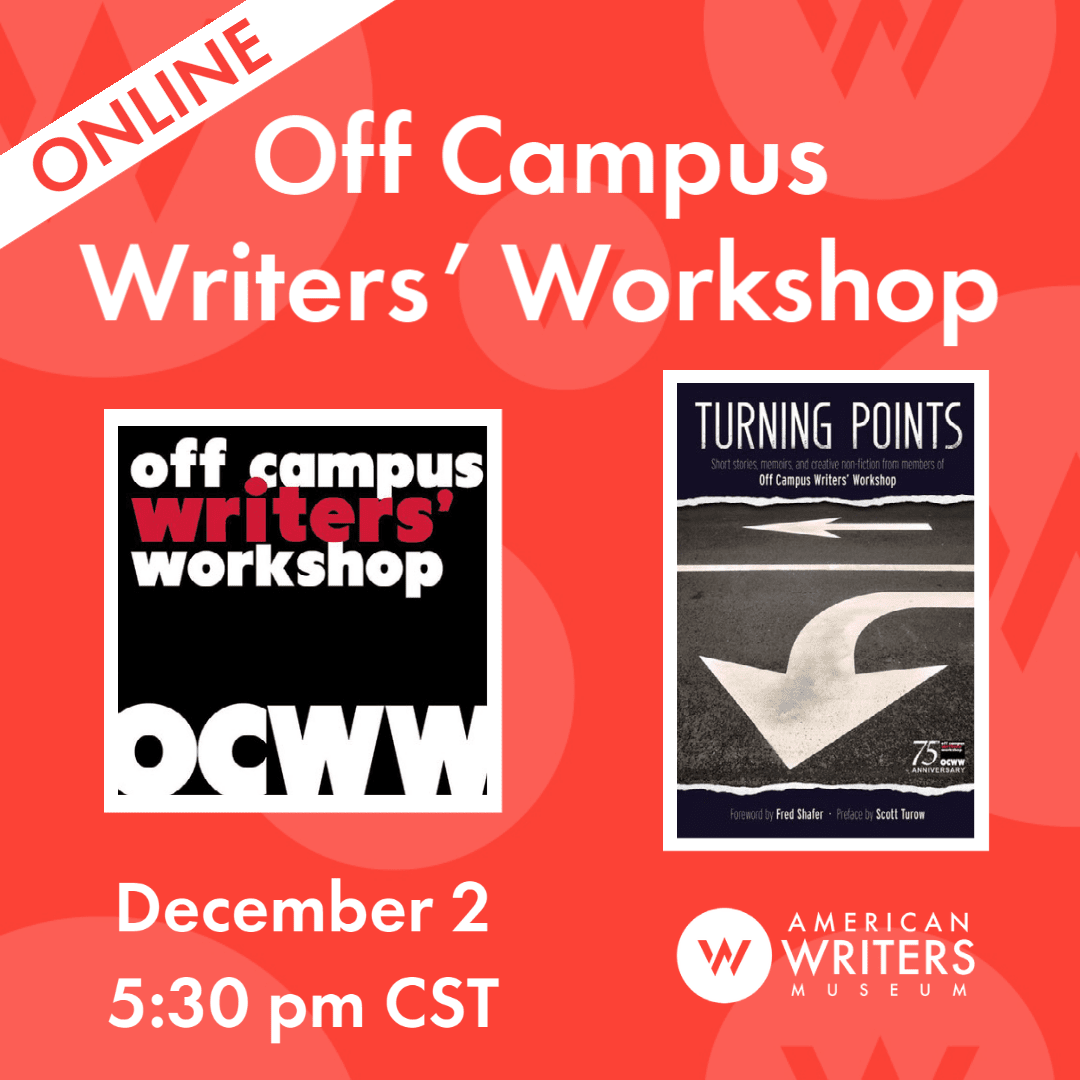 Why You Need a Writing Workshop (Online Broadcast)

In honor of Off Campus Writers’ Workshop’s 75th Anniversary, four contributors to the OCWW Turning Points anthology of short fiction will speak about how they have benefitted from a supportive writing community at every stage of their writing careers. Featured writers include Ronit Bezalel, Della Leavitt, Sarah Schwarcz, and Tom Sundell. 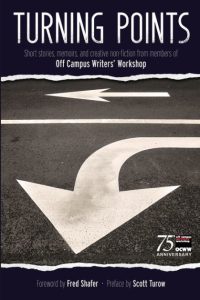 Of Turning Points, Patricia Ann McNair shares, “The stories and voices in this fine collection of writing by members of the Off Campus Writers’ Workshop are as diverse as the long-standing group itself. Like life, these pages are full of humor and ache, of longing and belonging, of intrigue and lessons sometimes learned.”

RONIT BEZALEL is a writer, filmmaker, and photographer based in Chicago and Jerusalem. Her writing has been published in Turning Points, IO Literary Journal, ARC28, HerStry, and Beyond Words. Bezalel began her film career at the National Film Board of Canada, where she directed When Shirley Met Florence (1994). Bezalel’s award-winning film, Voices of Cabrini: Remaking Chicago’s Public Housing (1999), received a John D. and Catherine T. MacArthur Award to catalyze dialogue about affordable housing issues in Chicago neighborhoods. Newsweek magazine selected Ronit as one of the “Top 10 Women of the 21st Century” (Jan 8, 2001) for this work. Her latest film, 70 Acres in Chicago is a look at the demolition of the Cabrini Green public housing and the displacement of a black community from the city center. She holds an MFA from Columbia College Chicago and a BA from McGill University. Ronit is also a proud member of the Off Campus Writers’ Workshop (OCWW). Visit her work at: Ronitfilms.com.

Chicago writer DELLA LEAVITT is currently revising Beyond Maxwell Street with support from the Newberry Library and the City of Chicago’s Department of Cultural Affairs and Special Events. Springing from family lore, Della’s novel takes place over the first half of 20th-century Chicago where the matriarchs of two intertwined Russian Jewish immigrant families struggle to meet their own needs without limiting those of their American-born daughters. Della proudly serves as secretary for the Off Campus Writers’ Workshop. Her story “Repeal!” from the Turning Points anthology, imagines a raucous night in a Maxwell Street delicatessen-turned-tavern on the night of Prohibition’s repeal.

SARAH SCHWARCZ writes in multiple genres. After a long career as a teacher and principal in Chicago Public Schools, Sarah published her memoir, Pearls and Knots: Dancing on a String from the Mississippi to Lake Michigan, in May, 2020. On October 26, 2021, she launched her middle grade fantasy/magical realism novel Game Over, ShrinkWithers. Her poetry has been accepted in online journals, probably due to the humor threads running through them. Laughter is her nourishment — no calories, great exercise!

TOM SUNDELL’S first novel, A Bloodline of Kings, was traditionally published by Crow Woods Publishing in 2001, and was selected as a finalist in the historical fiction category by the Independent Book Publishers awards. Subsequently, it was translated into Greek and published in Greece by Minoas SA (2007). Since Bloodline appeared, Sundell has written and published online 21 novels to date crossing genres (historical, Western, crime, thriller, fantasy, youth, and contemporary), which are available at sundellwritings.wordpress.com along with his short stories, flash fictions, poetry, essays, and drawings.