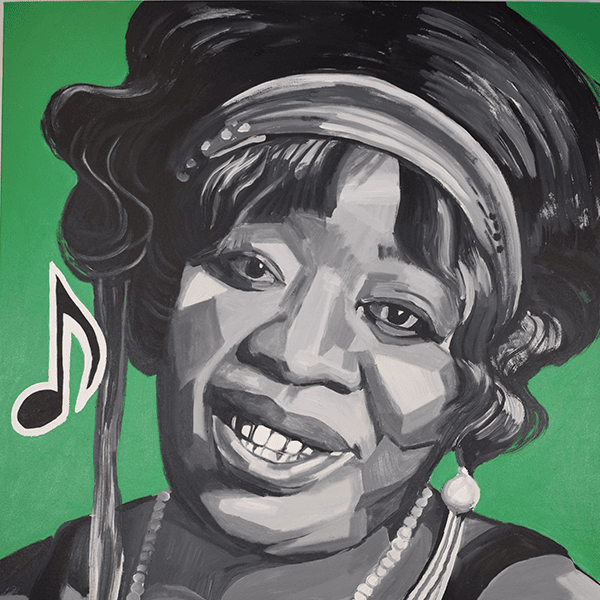 Known as the Mother of the Blues, Ma Rainey was among the first popular entertainers to incorporate Blues into her music. Born Gertrude Pridgett, Rainey began her stage career by performing in her parents’ minstrel show. She acquired the nickname “Ma Rainey” through her marriage to William “Pa” Rainey in 1904. Together, the duo toured the South as the “Assassinators of the Blues.” Already a beloved figure in the Southern theater circuit, Ma Rainey became wildly popular during the Blues craze of the 1920s with hits such as “Moonshine Blues” and “Ma Rainey’s Black Bottom.” She established herself in the music industry as a prolific songwriter and a shrewd businesswoman, recording nearly a hundred records between 1923-1928. Celebrated as one of history’s greatest Blues musicians, Ma Rainey’s legacy went on to inspire Langston Hughes, Sterling Brown, and Alice Walker.