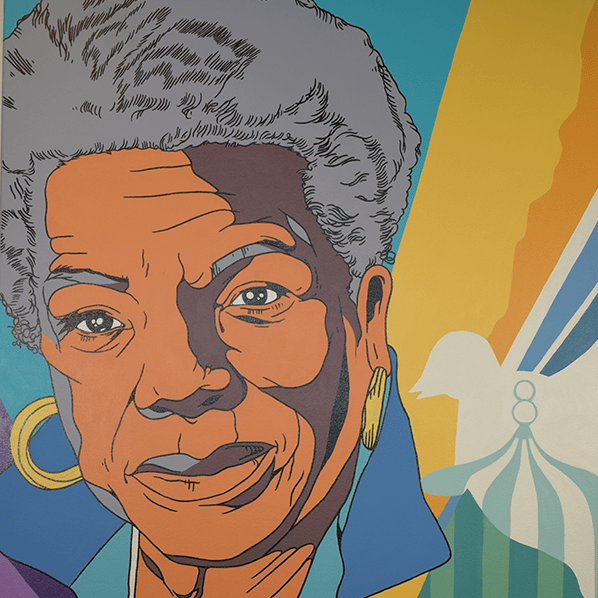 Maya Angelou was a poet, memoirist, and civil rights activist. She is best known for her series of seven autobiographies, which cover her childhood and early adult experiences. Before becoming a writer, Angelou worked many odd jobs, including as a fry cook, sex worker, nightclub performer, actress, and foreign correspondent. I Know Why the Caged Bird Sings, which tells some of those stories, brought her international recognition. Following its publication, she became a well-known spokesperson for Black people and women, and is widely seen as a defender of Black culture. Angelou was active in the Civil Rights Movement and worked actively with both Martin Luther King, Jr. and Malcolm X.  Today, her works are widely used in schools and universities worldwide, although attempts have been made to ban her books from some US libraries.