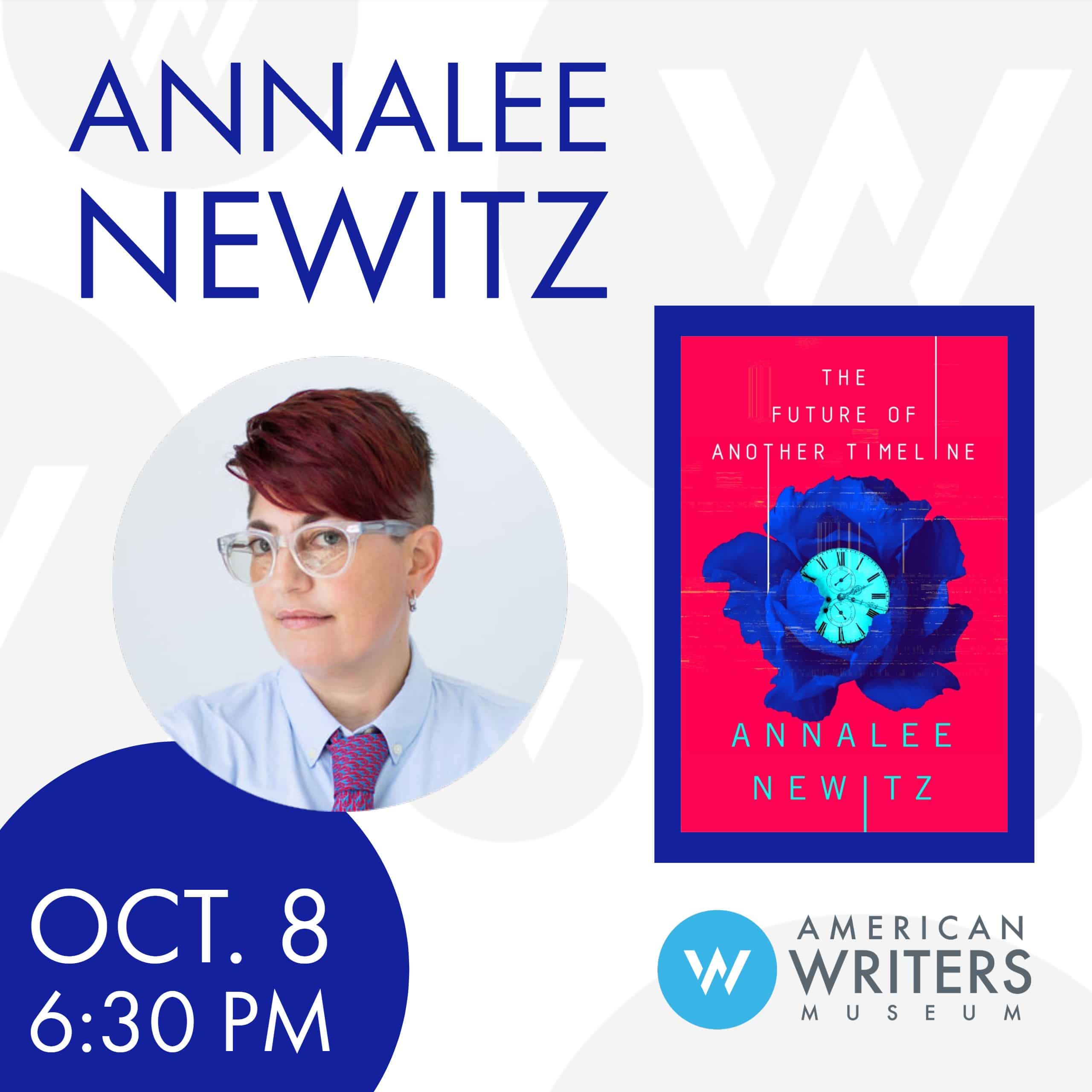 Annalee Newitz: The Future of Another Timeline

Science fiction and nonfiction writer ANNALEE NEWITZ presents their new novel The Future of Another Timeline, a story of time travel, murder, and the lengths we’ll go to protect the ones we love. Newitz is joined by journalist, publisher, and Twitter extraordinaire DAN SINKER. Books will be sold and signed at the event.

About The Future of Another Timeline:

1992: After a confrontation at a riot grrl concert, seventeen-year-old Beth finds herself in a car with her friend’s abusive boyfriend dead in the backseat, agreeing to help her friends hide the body. This murder sets Beth and her friends on a path of escalating violence and vengeance as they realize many other young women in the world need protecting too.

2022: Determined to use time travel to create a safer future, Tess has dedicated her life to visiting key moments in history and fighting for change. But rewriting the timeline isn’t as simple as editing one person or event. And just when Tess believes she’s found a way to make an edit that actually sticks, she encounters a group of dangerous travelers bent on stopping her at any cost.

Tess and Beth’s lives intertwine as war breaks out across the timeline—a war that threatens to destroy time travel and leave only a small group of elites with the power to shape the past, present, and future. Against the vast and intricate forces of history and humanity, is it possible for a single person’s actions to echo throughout the timeline?

ANNALEE NEWITZ is an American journalist, editor, and author of fiction and nonfiction. They are the recipient of a Knight Science Journalism Fellowship from MIT, and have written for Popular Science, The New Yorker, and the Washington Post. They founded the science fiction website io9 and served as Editor-in-Chief from 2008–2015, and then became Editor-in-Chief at Gizmodo and Tech Culture Editor at Ars Technica. Their book Scatter, Adapt, and Remember: How Humans Will Survive a Mass Extinction was nominated for the LA Times Book Prize in science. Their first novel, Autonomous, won a Lambda award.

DAN SINKER is co-host of the Says Who Podcast and the inaugural fellow of the Center for Journalism Integrity & Excellence at the DePaul University College of Communication. At just 19, he founded Punk Planet magazine, an independent music, politics and culture magazine that helped to document the independent music and art scenes of the 1990s and 2000s. From 2011 until summer 2018 he was the Director of OpenNews, which helps make journalism-technologists in some of the best newsrooms in the world more awesome by facilitating community and collaboration among them. Sinker is also responsible for the @MayorEmanuel Twitter account that took the Internet by storm back in 2010/11. The account, written anonymously at the time, told a fantastical story of an alternate-universe Chicago during the 2011 Mayoral Election. By the time the account wrapped up, The Economist said it “may be the first truly great piece of digital literary work.” Sinker continues to write for various publications while also teaching and engaging with journalism students.