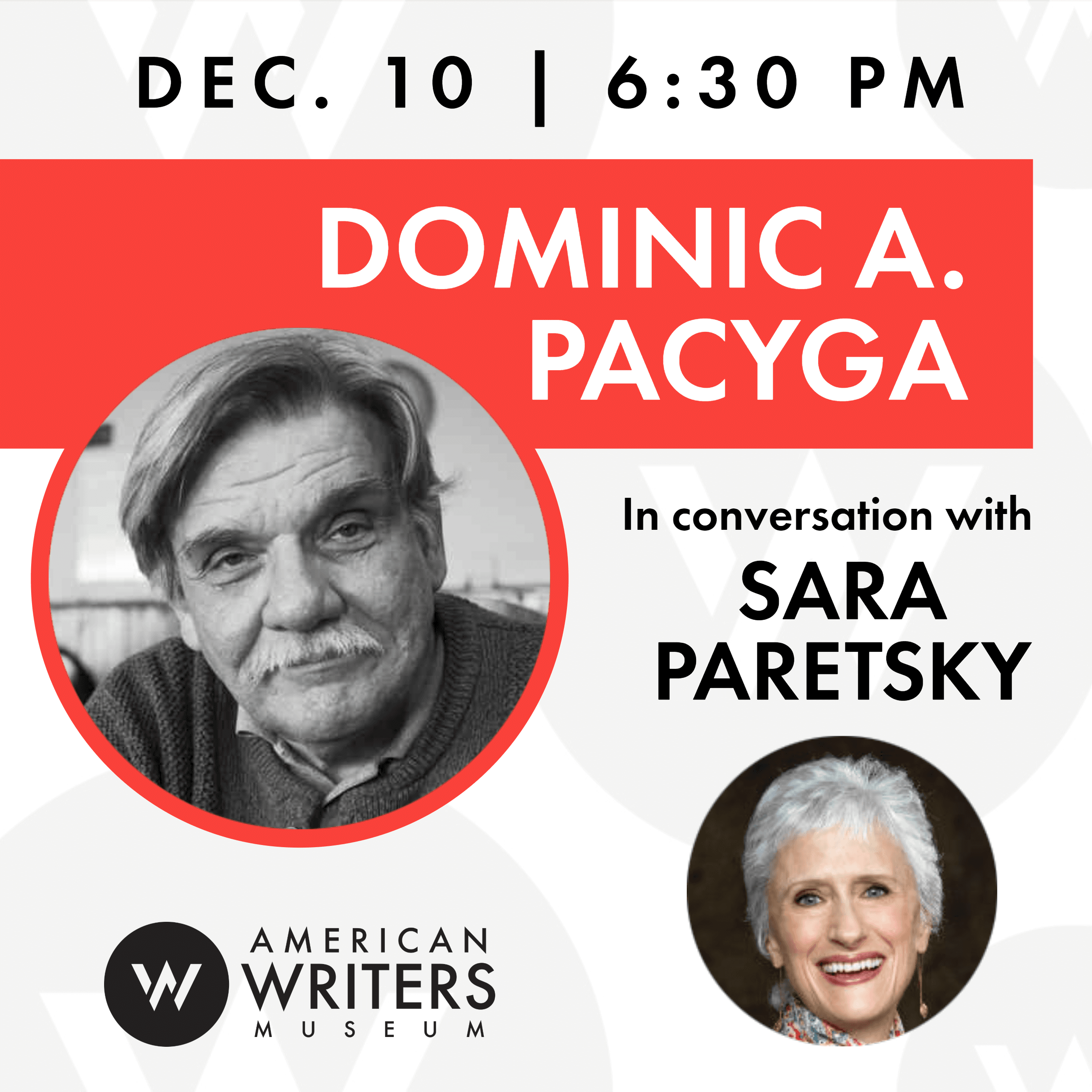 With American Warsaw, award-winning historian and Polish American DOMINIC A. PACYGA chronicles more than a century of immigration, and later emigration back to Poland, showing how the community has continually redefined what it means to be Polish in Chicago. Pacyga will be joined by bestselling writer SARA PARETSKY. This program is part of the Jeanne M. and John W. Rowe Program Series, in conjunction with our special exhibit My America: Immigrant and Refugee Writers Today. Books will be sold and signed at the event.

Pacyga takes us from the Civil War era until today, focusing on how three major waves of immigrants, refugees, and fortune seekers shaped and then redefined the Polonia. Pacyga also traces the movement of Polish immigrants from the peasantry to the middle class and from urban working-class districts dominated by major industries to suburbia. He documents Polish Chicago’s alignments and divisions: with other Chicago ethnic groups; with the Catholic Church; with unions, politicians, and city hall; and even among its own members. And he explores the ever-shifting sense of Polskość, or “Polishness.”

Today Chicago is slowly being eclipsed by other Polish immigrant centers, but it remains a vibrant—and sometimes contentious—heart of the Polish American experience. American Warsaw is a sweeping story that expertly depicts a people who are deeply connected to their historical home and, at the same time, fiercely proud of their adopted city. As Pacyga writes, “While we were Americans, we also considered ourselves to be Poles. In that strange Chicago ethnic way, there was no real difference between the two.”

DOMINIC A. PACYGA is professor emeritus of history in the Department of Humanities, History, and Social Sciences at Columbia College Chicago. His books include Polish Immigrants and Industrial Chicago: Workers on the South Side, 1880–1922; Chicago: A Biography; and Slaughterhouse: Chicago’s Union Stock Yard and the World It Made, all from the University of Chicago Press. Pacyga is the 2014 Mieczyslaw Haiman Award winner for exceptional and sustained contribution to the study of Polish Americans.