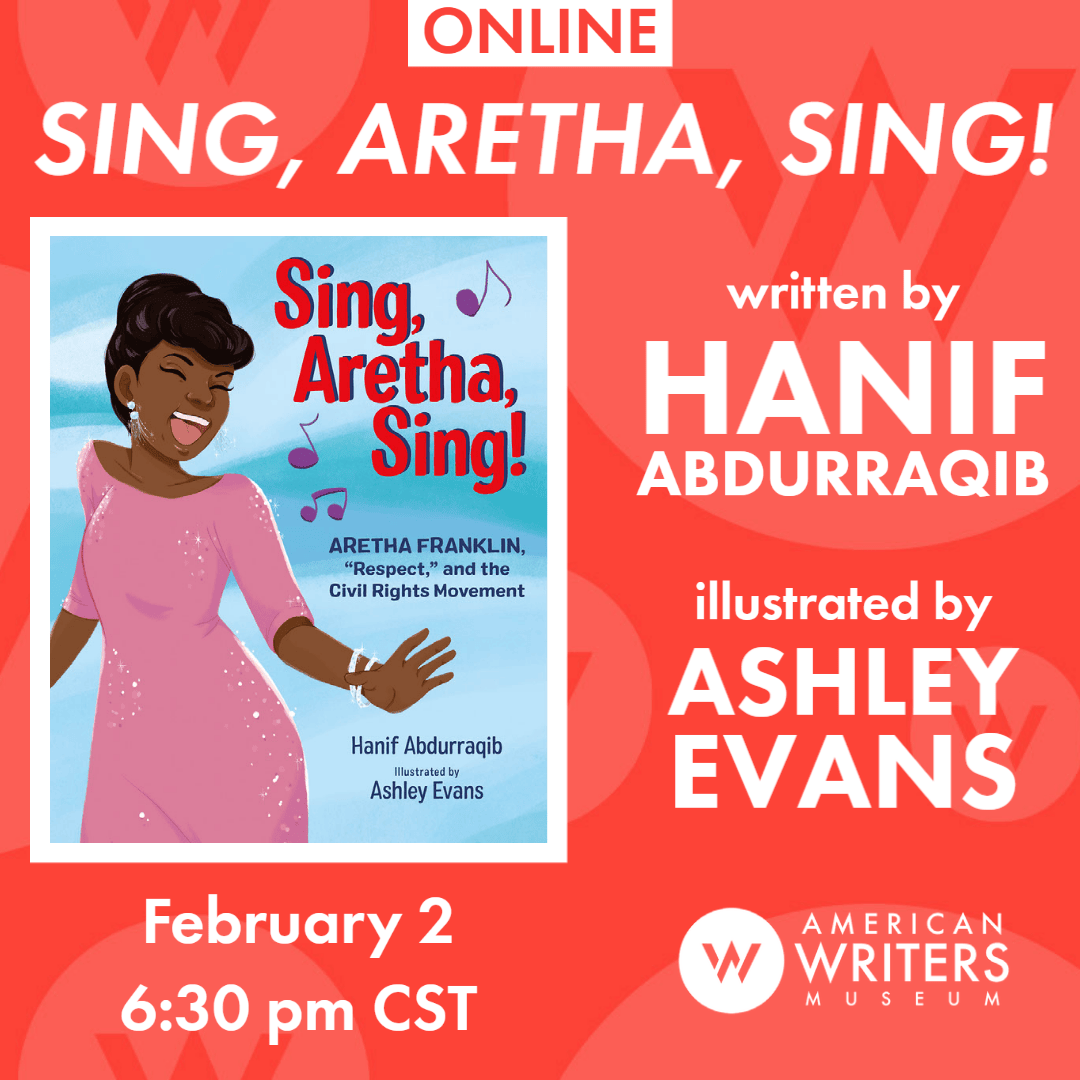 A young Aretha Franklin captivates her community with the song “Respect” during the height of the Civil Rights Movement in Sing, Aretha, Sing!, a striking picture book biography that will embolden today’s young readers to sing their own truth. Join us to hear both author Hanif Abdurraqib and illustrator Ashley Evans discuss their crafts, how this book came together, and the lasting legacy of Aretha Franklin. This program will be hosted online via Zoom, register for the program here. 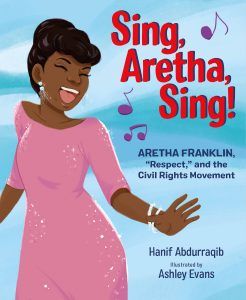 When Aretha Franklin sang, she didn’t just sing…she sparked a movement. As a performer and a civil rights activist, the Queen of Soul used her voice to uplift freedom fighters and the Black community during the height of the 1960s Civil Rights Movement. Her song “Respect” was an anthem of identity, survival, and joy. It gave hope to people trying to make change. And when Aretha sang, the world sang along.

With Hanif Abdurraqib’s poetic voice and Ashley Evans’s dynamic illustrations, Sing, Aretha, Sing! demonstrates how one brave voice can give new power to a nation, and how the legacy of Aretha Franklin lives on in a world still fighting for freedom.

“Rather than tell Aretha Franklin’s entire story, this focused biography concentrates on her trailblazing song ‘Respect’ and its impact on the Civil Rights Movement… Vibrant and expressive.”
—Booklist

“Evans’ vibrant digital illustrations highlight Franklin’s beauty and vitality and the racial diversity of the people who were in her thrall… A sweet, upbeat testimonial to the ongoing, far-reaching impact of a dearly departed legend.”
—Kirkus Reviews

HANIF ABDURRAQIB is a poet, essayist, and cultural critic. His work has been published in The New York Times, The New Yorker, Pitchfork, PEN American, Muzzle, and Vinyl. He is the author of multiple books, including They Can’t Kill Us Until They Kill Us, which was named a book of the year by Buzzfeed, Esquire, and NPR, among others; and Go Ahead In The Rain: Notes To A Tribe Called Quest, a New York Times Bestseller and Kirkus Prize nominee. He lives in Columbus, Ohio.

ASHLEY EVANS is an artist, and the illustrator of the popular picture book Welcome to the Party by Gabrielle Union. When she’s not creating art, you can find her decorating cakes, enjoying time with her family or catching a much-needed nap. Born and raised in Queens, she now lives in Charlotte, NC with her boyfriend and their daughter.