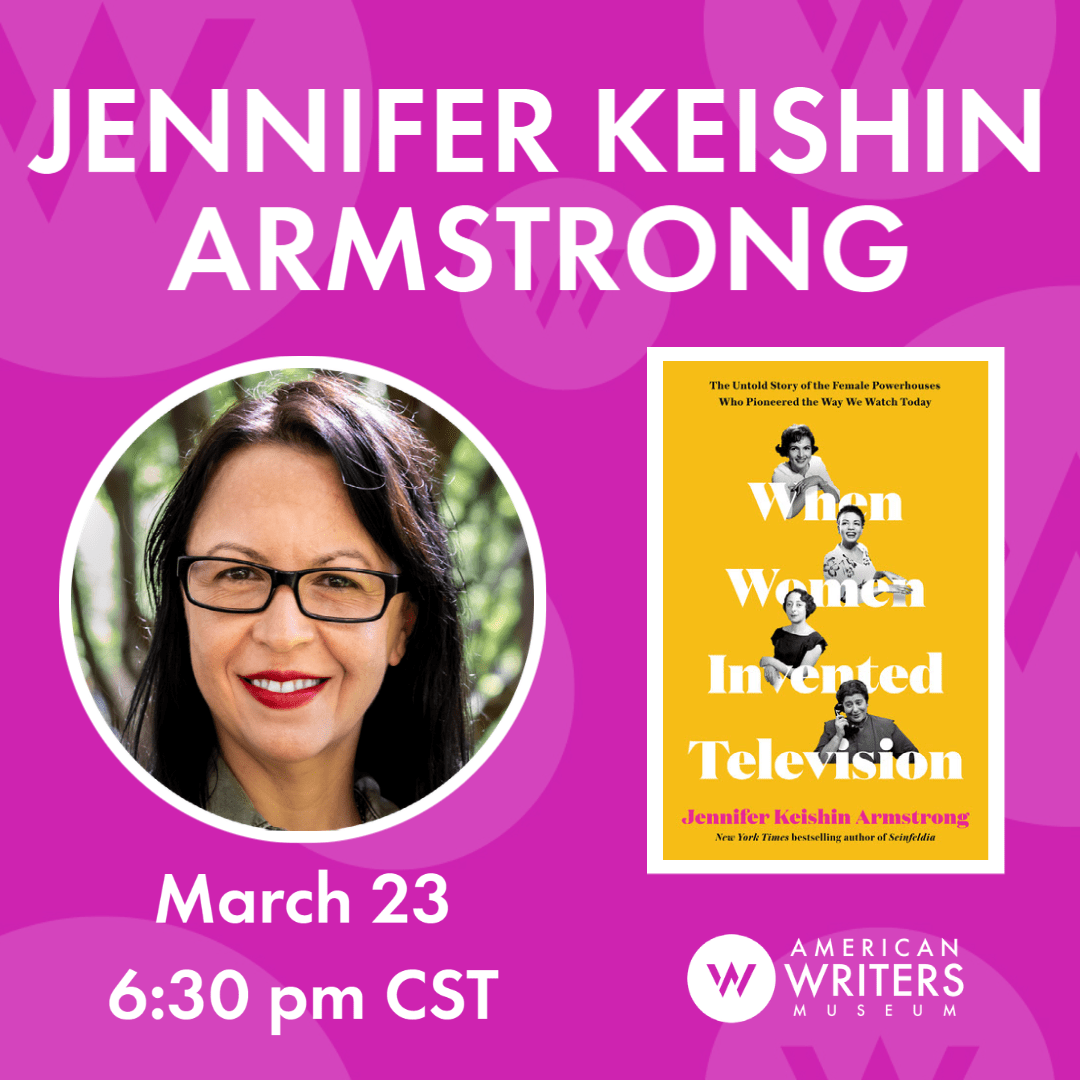 Jennifer Keishin Armstrong, NY Times bestselling author of Seinfeldia, discusses her new book When Women Invented Television: The Untold Story of the Female Powerhouses Who Pioneered the Way We Watch Today. Celebrate Women’s History Month with this book and learn about the little-known story of four trailblazing women in the early days of television: Irna Phillips, Gertrude Berg, Hazel Scott, and Betty White. Keishin Armstrong is joined by Susan Douglas, Professor of Communication and Media at the University of Michigan and a member of the Vision Advisory Board for the Museum of Broadcast Communications. This program will be hosted virtually on Zoom, register here for the event. 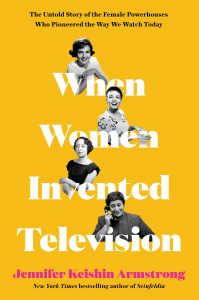 More about When Women Invented Television:

It was the Golden Age of Radio and powerful men were making millions in advertising dollars reaching thousands of listeners every day. When television arrived, few radio moguls were interested in the upstart industry and its tiny production budgets, and expensive television sets were out of reach for most families. But four women—each an independent visionary— saw an opportunity and carved their own paths, and in so doing invented the way we watch tv today.

Irna Phillips turned real-life tragedy into daytime serials featuring female dominated casts. Gertrude Berg turned her radio show into a Jewish family comedy that spawned a play, a musical, an advice column, a line of house dresses, and other products. Hazel Scott, already a renowned musician, was the first African American to host a national evening variety program. Betty White became a daytime talk show fan favorite and one of the first women to produce, write, and star in her own show.

Together, their stories chronicle a forgotten chapter in the history of television and popular culture.

But as the medium became more popular—and lucrative—in the wake of World War II, the House Un-American Activities Committee arose to threaten entertainers, blacklisting many as communist sympathizers. As politics, sexism, racism, anti-Semitism, and money collided, the women who invented television found themselves fighting from the margins, as men took control. But these women were true survivors who never gave up—and thus their legacies remain with us in our television-dominated era. It’s time we reclaimed their forgotten histories and the work they did to pioneer the medium that now rules our lives.

This amazing and heartbreaking history, illustrated with photos, tells it all for the first time.

Praise for When Women Invented Television:

“This book leaps at the throat of television history and takes down the patriarchy with its fervent, inspired prose. Armstrong reveals that while men may dominate TV today, they do so on the backs of women who invented and perfected the formats we love. With heart wrenching detail, When Women Invented Television offers proof that what we watch is a reflection of who we are as a people, a medium whose founders deserve our respect.”
—Nathalia Holt, bestselling author of The Queens of Animation and Rise of the Rocket Girls

“These women not only ruled television—their vision, skill, and talent shaped how the world’s most influential contemporary form of media would function for the next century. They understood TV as a vector where creativity and entertainment could also inspire empathy and social change. Jennifer Keishin Armstrong has meticulously written these women back into TV history as the genre-defining, medium-morphing titans they were.”
—Jennifer Pozner, author of Breaking (the) News and Reality Bites Back, and founder of Women In Media & News

“These profiles in creativity and courage amount to a feminist revelation, a pre-history of television that is as brightly written as the pioneers might wish—a prize of a book, intelligent, sobering, and a delight to read.”
—Patrick McGilligan, author of Funny Man: Mel Brooks

JENNIFER KEISHIN ARMSTRONG is the author of seven pop culture history books, including Seinfeldia; Mary and Lou and Rhoda and Ted; and Sex and the City and Us. Her forthcoming book When Women Invented Television will be published in March 2021. Her work appears in many publications, including BBC Culture, The New York Times Book Review, Vice, New York magazine, and Billboard.

SUSAN DOUGLAS is the Catherine Neafie Kellogg Professor and Arthur F. Thurnau Professor of Communication and Media at the University of Michigan. She is author of Enlightened Sexism: The Seductive Message That Feminism’s Work Is Done (Times Books/Henry Holt, 2010); The Mommy Myth: The Idealization of Motherhood and How it Undermines Women (with Meredith Michaels, The Free Press, 2004); Listening In: Radio and the American Imagination (Times Books, 1999), which won the Hacker Prize in 2000 for the best popular book about technology and culture, Where The Girls Are: Growing Up Female with the Mass Media (Times Books, 1994; Penguin, 1995) and Inventing American Broadcasting, 1899-1922 (Johns Hopkins, 1987).