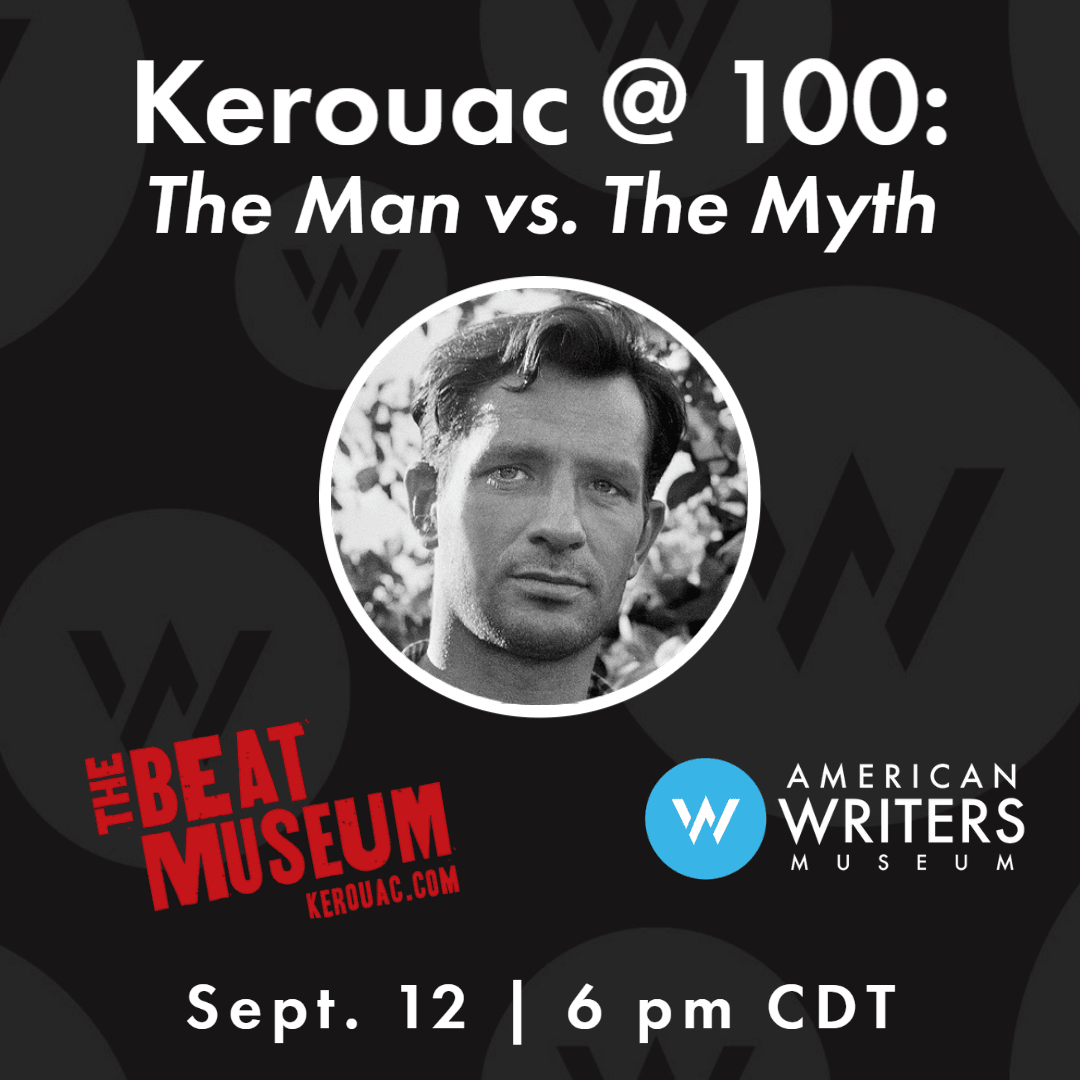 The Beat Museum hits the road! Jerry and Estelle Cimino, co-founders of The Beat Museum in San Francisco, discuss the life, work, and legacy of Jack Kerouac during his centennial year. Learn more about Kerouac and the Beat Generation from two experts who know it well. This event takes place in person at the American Writers Museum. 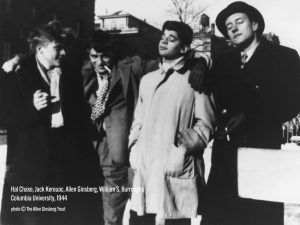 More about this event:

Jerry and Estelle Cimino, co-founders of The Beat Museum in San Francisco, discuss the origins and history of the Beat Generation—how it came out of World War II, influenced by jazz, spirituality, and nonconformity. The Beat Generation captured the wayward energy and restlessness of youth in postwar America, and created a renaissance of American art, literature, music, values and ideas that continue to inspire.

This live presentation, Kerouac @ 100: The Man vs. The Myth, touches upon:

Plus, while you’re at the American Writers Museum, take the opportunity to delve into a digitized version of the original scroll on which Kerouac wrote On the Road. “Scroll the scroll” to see the original names for the characters based on real people, edits Kerouac made, and even the part where a dog ate part of the manuscript!

This program is part of The Beat Museum on Wheels, a literary outreach program, bringing the story of the Beat Generation to high schools, colleges, and communities around the country. Learn about the lives and times of these profoundly influential mid-20th century writers, artists, and seekers through an engaging, interactive multimedia experience designed to make history come alive! Learn more at kerouac.com.