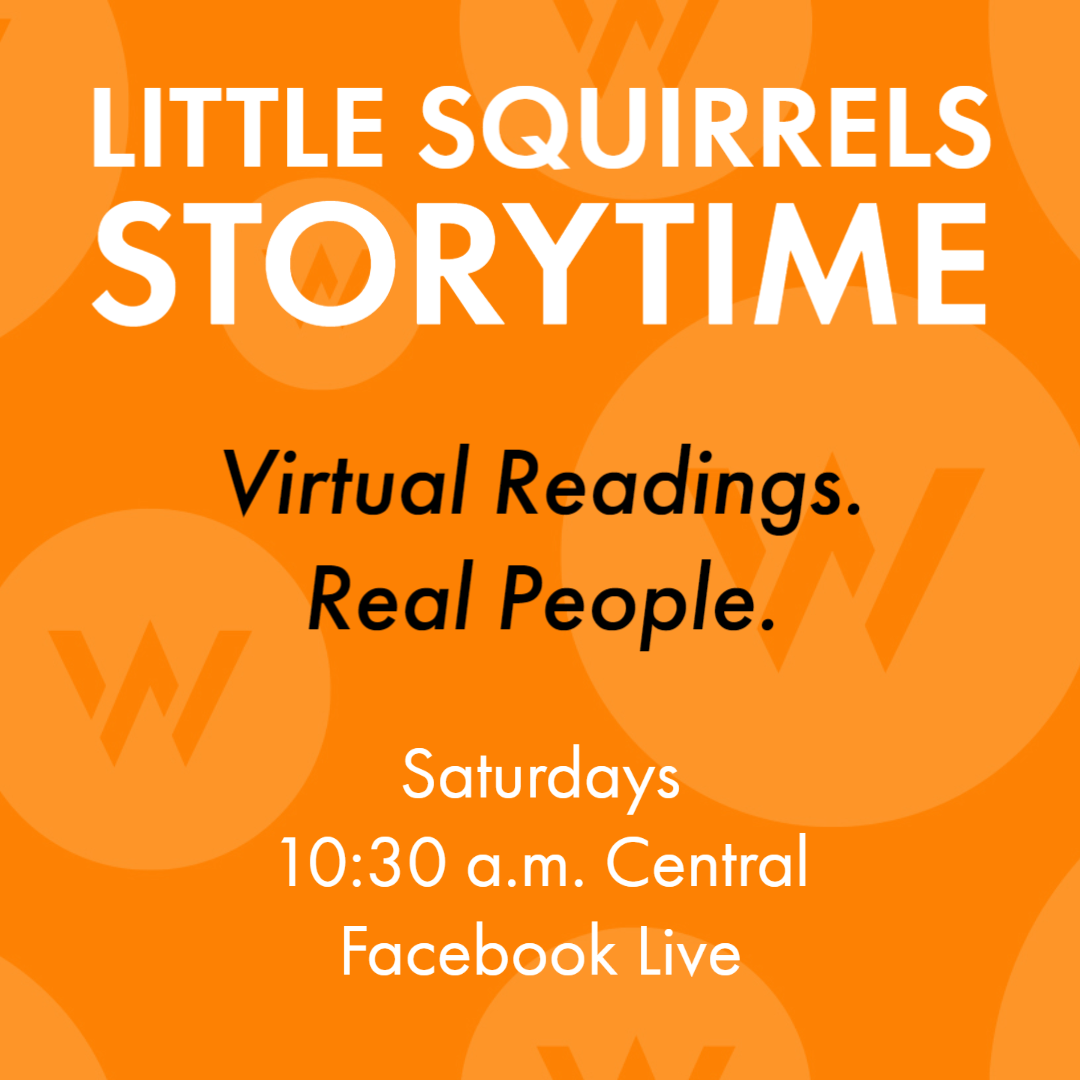 Our weekly Little Squirrel Storytimes have moved online! Tune in to the American Writers Museum on Facebook Live this Saturday, May 9 at 10:30 am Central to watch and listen to these guest readers!

RYAN ARNOLD is a radio host for Chicago’s 93XRT. Catch Ryan on XRT evenings from 7 p.m. to Midnight. He also hosts The Big Beat on Mondays at 11 p.m. and New Noise at Nine on Thursdays at 9 p.m. Follow @RyanArnoldRocks on Twitter.

TAYLOR DELVECCHIO is an actor originally from Kingston, PA. You can follow him at TaylorDelvecchio92 on Instagram!

KATHLEEN NIEMANN is an actor who is originally from Louisville, Ky. If you’d like to keep up with all of her projects or need an extra babysitter, you can check our her website at kathleenniemann.com!