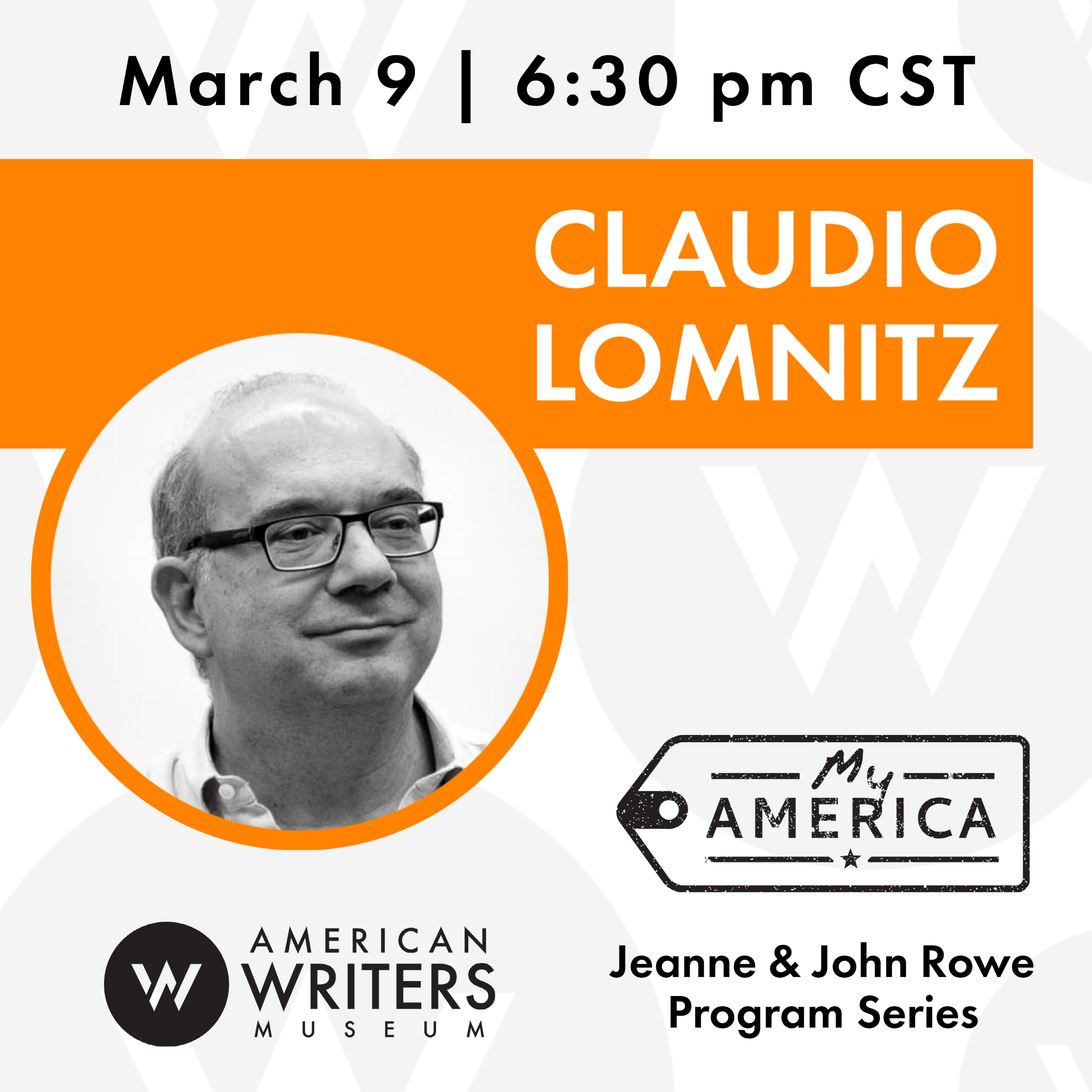 Eminent anthropologist Claudio Lomnitz, the founding director of Columbia University’s Center for Mexican Studies, discusses his heart-wrenching new memoir Nuestra América: My Family in the Vertigo of Translation. Lomnitz traces his family’s extraordinary voyages across Romania, Peru, Colombia, Israel, California, Mexico, Chile, and beyond. Weaving the stories of Jews like them, who fled Europe to South America, with the complex web of Latin American history, Nuestra América adds to the canon of indelible narratives on exile, immigration and family memoir, yet skillfully transcends all genre to reveal the complex and subtle connections between South American radical movements and Jewish emancipation and exile in the early 20th century. Lomnitz will be joined in conversation by Arcadio Díaz-Quiñones, poet and Spanish-American literature professor at Princeton. Register for this virtual program here.

This program is part of the Jeanne M. and John W. Rowe Program Series, presented in conjunction with the AWM’s special exhibit My America: Immigrant and Refugee Writers Today. You can explore this timely and important exhibit virtually at www.My-America.org. 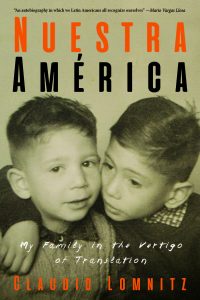 A riveting study of the intersections between Jewish and Latin American culture, this immigrant family memoir recounts history with psychological insight and the immediacy of a thriller.

In Nuestra América, eminent anthropologist and historian Claudio Lomnitz traces his grandparents’ exile from Eastern Europe to South America. At the same time, the book is a pretext to explain and analyze the worldview, culture, and spirit of countries such as Peru, Colombia, and Chile, from the perspective of educated Jewish emigrants imbued with the hope and determination typical of those who escaped Europe in the 1920s.

Lomnitz’s grandparents, who were both trained to defy ghetto life with the pioneering spirit of the early Zionist movement, became intensely involved in the Peruvian leftist intellectual milieu and its practice of connecting Peru’s indigenous past to an emancipatory internationalism that included Jewish culture and thought. After being thrown into prison supposedly for their socialist leanings, Lomnitz’s grandparents were exiled to Colombia, where they were subject to its scandals, its class system, its political life. Through this lens, Lomnitz explores the almost negligible attention and esteem that South America holds in US public opinion. The story then continues to Chile during World War II, Israel in the 1950s, and finally to Claudio’s youth, living with his parents in Berkeley, California, and Mexico City.

“[Lomnitz] takes his rich family history and builds a narrative of universal significance…There is no end of intriguing anecdotes in these pages…A masterpiece of historical and personal investigation.”
—Kirkus Reviews (starred review)

“An intelligent book about a family’s struggle to find a home they could call ‘our America.’ A timely reminder of the humanity of immigrants.”
—Foreword Reviews

“An autobiography in which we Latin Americans all recognize ourselves.”
—Mario Vargas Llosa, winner of the 2010 Nobel Prize in Literature

CLAUDIO LOMNITZ is an anthropologist, historian, and critic who works broadly on Latin American culture and politics. He is Professor of Anthropology at Columbia University. Lomnitz’s books include Death and the Idea of Mexico and The Return of Comrade Ricardo Flores Magón, among many others. As a regular columnist in the Mexico City paper La Jornada and an award-winning dramaturgist, he is committed to bringing historical and anthropological understanding into public debate.

ARCADIO DÍAZ-QUIÑONES (B.A and M.A., Universidad de Puerto Rico, Río Piedras; Ph.D., Universidad Central de Madrid), taught at the Universidad de Puerto Rico, Río Piedras (1970-1982) before joining the Princeton University faculty in 1983. At Princeton, he served as director of the Program in Latin American Studies, and is currently Emory L. Ford Professor Emeritus of Spanish. Díaz-Quiñones teaches Spanish-American literature, with special emphasis on 19th and 20th century intellectual and cultural history, including fiction, essay and poetry. He has taught seminars on “Empire and Culture in the Spanish Caribbean,” on “Literature and Memory,” and on “Latin American and Caribbean Poetry.”

His publications include El almuerzo en la hierba (1982); an edition of El prejuicio racial en Puerto Rico, by Tomás Blanco (1985); a study on the Cuban poet Cintio Vitier: La memoria integradora (1987); and a book of essays on Puerto Rican culture, La memoria rota: ensayos de cultura y política (1993). He also edited the volume El Caribe entre imperios (1997), and wrote an introduction to the Alfaguara edition of Cuentos completos by José Luis González (1997). A book of essays, El arte de bregar, was published in 2000, as well as the Cátedra edition of La guaracha del Macho Camacho by Luis Rafael Sánchez. His book Sobre los principios: los intelectuales caribeños y la tradición was published in Argentina in 2006. An anthology of his essays, edited and translated into Portuguese by Pedro Meira Monteiro, titled A memória rota, was published in Brazil in 2016. In 2019 he published a volume titled Once tesis sobre un crimen de 1899.