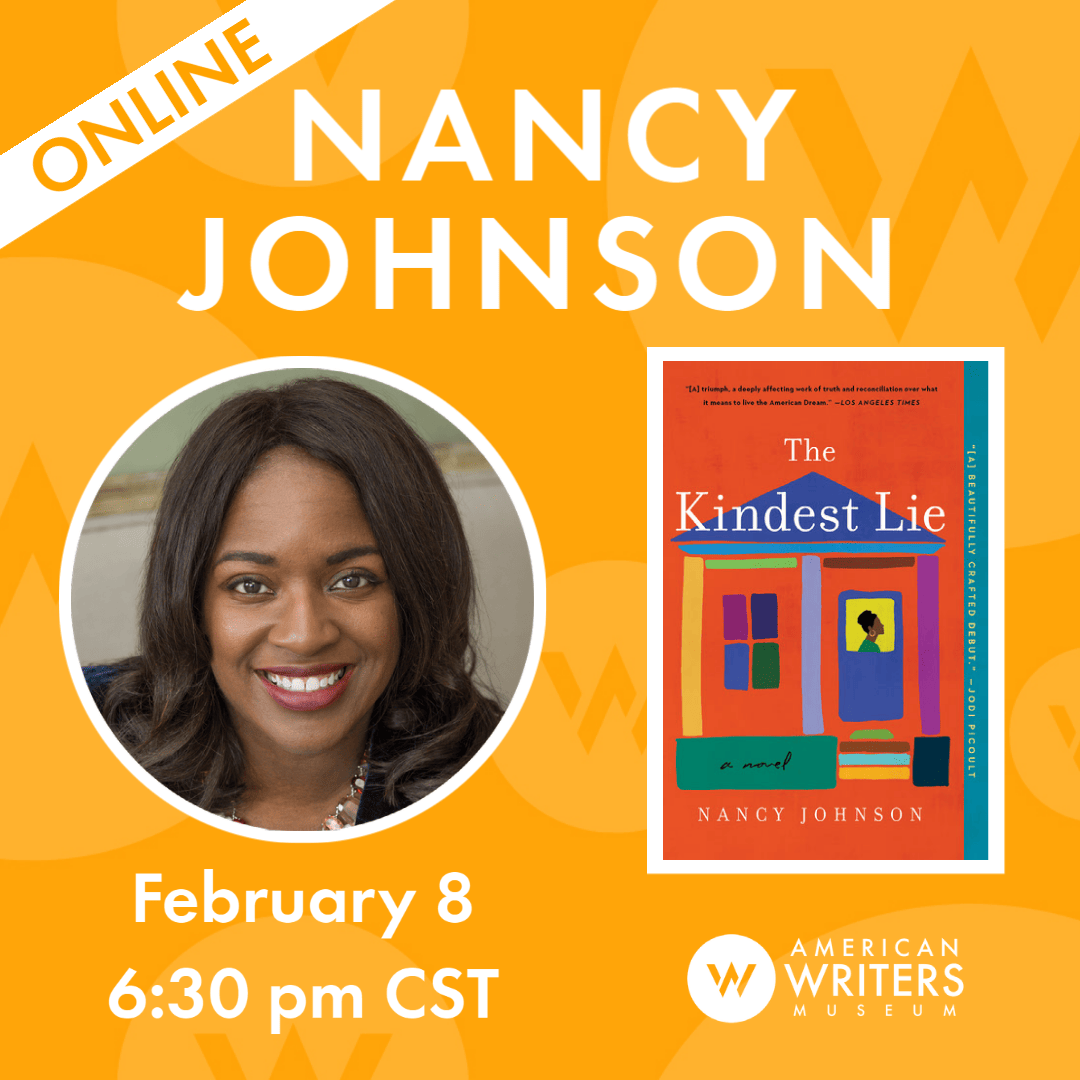 Join us for an evening with Nancy Johnson to discuss her debut novel The Kindest Lie, “a deep dive into how we define family, what it means to be a mother, and what it means to grow up Black” (Jodi Picoult). Named a Most Anticipated book by O Magazine, Shondaland, Chicago Tribune, Elle and many more, the novel is now out in paperback. Johnson is joined in conversation by fellow writer Catherine Adel West. 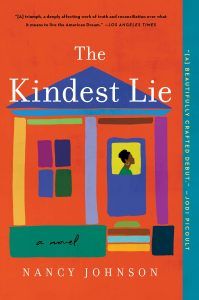 More about The Kindest Lie:

It’s 2008, and the rise of Barack Obama ushers in a new kind of hope. In Chicago, Ruth Tuttle, an Ivy-League educated black engineer, is married to a kind and successful man. He’s eager to start a family, but Ruth is uncertain. She has never gotten over the baby she gave birth to—and abandoned—when she was a teenager. She had promised her family she’d never look back, but Ruth knows that to move forward, she must make peace with the past.

Returning home, Ruth discovers the Indiana factory town of her youth is plagued by unemployment, racism, and despair. While her family is happy to see her, they remind her of the painful sacrifices they made to give her a shot at a better future—like the comfortable middle-class life she now enjoys.

Determined, Ruth begins digging into the past. As she uncovers burning secrets her family desperately wants to hide, she unexpectedly befriends Midnight, a young white boy who is also adrift and looking for connection. When a traumatic incident strains the town’s already searing racial tensions, Ruth and Midnight find themselves on a collision course that could upend both of their lives.

The Kindest Lie examines the heartbreaking divide between black and white communities and plumbs the emotional depths of the struggles faced by ordinary Americans in the wake of the financial crisis. Capturing the profound racial injustices and class inequalities roiling society, Nancy Johnson’s debut novel offers an unflinching view of motherhood in contemporary America and the never-ending quest to achieve the American Dream.

Praise for The Kindest Lie:

“The Kindest Lie is the story of one family that reveals the larger story of America itself. Taut and surprising, Nancy Johnson’s debut novel tackles complex issues—ambition, romance, class—with the lightest of touches.”
—Rumaan Alam, author of Leave the World Behind and That Kind of Mother

“In this winning portrait of circumstance, sacrifice, and forgiveness, the lines that separate past from present and right from wrong are erased and redrawn—oftentimes with earth-shattering consequences. Rife with rich language, shocking revelations, and easy-to-fall-into characters, The Kindest Lie is the kind of novel you’ll feel in your bones.”
—Zakiya Dalila Harris, author of The Other Black Girl

“A heart-wrenching portrayal of an unlikely bond, and a profound nod to the fallacy of post-racial America—The Kindest Lie is nuanced, spellbinding, and necessary.”
—Margaret Wilkerson Sexton, author of The Revisioners

A native of Chicago’s South Side, NANCY JOHNSON worked for more than a decade as an Emmy-nominated, award-winning television journalist at CBS and ABC affiliates in markets nationwide. Her debut novel, The Kindest Lie, was a New York Times Editor’s Choice pick. It has been reviewed by The New York Times, The Washington Post, and Los Angeles Times, and was featured on Entertainment Weekly’s Must List. It’s been named one of the most anticipated books of 2021 by the Chicago Tribune, Newsweek, O, the Oprah Magazine, Shondaland, NBC News, Marie Claire, ELLE, The New York Post, Good Housekeeping, Parade, Refinery29, and more. Nancy leads brand communications for a health care nonprofit and lives in the South Loop where she is hard at work writing her second novel, People of Means.

CATHERINE ADEL WEST was born and raised in Chicago, IL where she currently resides. She graduated with both her Bachelors and Masters of Science in Journalism from the University of Illinois – Urbana. Her work is published in Black Fox Literary Magazine, Five2One, Better than Starbucks, Doors Ajar, 805 Lit + Art, The Helix Magazine, Lunch Ticket and Gay Magazine. Catherine’s short story “Orion’s Star” is featured in the body positive anthology Every Body Shines. Her sophomore novel Becoming Sara King is slated for release in 2022. In between writing and traveling, Catherine works as an editor.