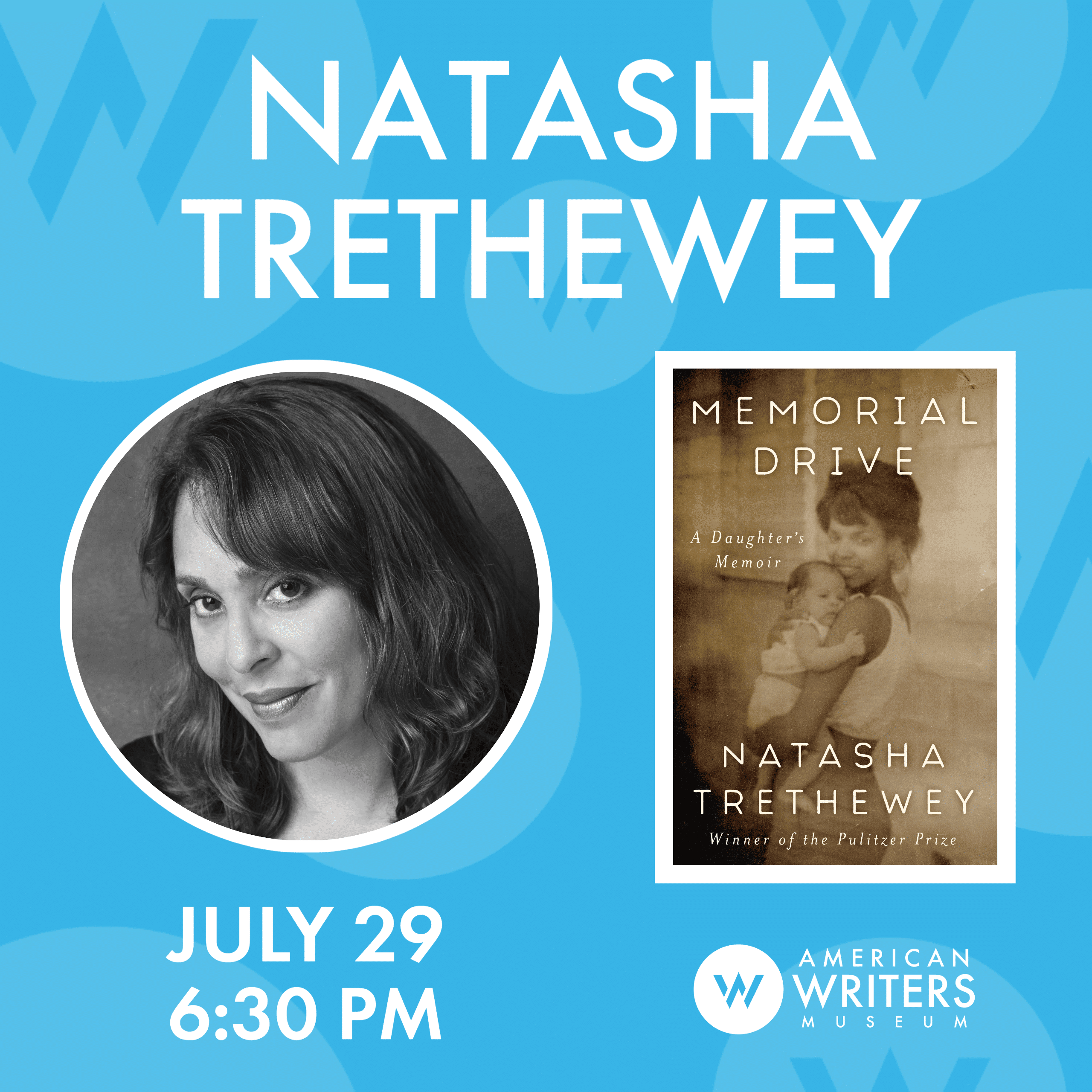 Join us for the official launch of Pulitzer Prize-winning poet Natasha Trethewey’s forthcoming memoir Memorial Drive, a chillingly personal and exquisitely wrought memoir of a daughter reckoning with the brutal murder of her mother at the hands of her former stepfather, and the moving, intimate story of a poet coming into her own in the wake of a tragedy. Trethewey, the former U.S. Poet Laureate, will be interviewed by Donna Seaman, editor of Adult Books at Booklist and author of Identity Unknown: Rediscovering Seven American Women Artists.

This program takes place July 29 at 6:30 pm Central and will be hosted live via Zoom, register for the free program here. To purchase a copy of the book please visit our bookselling partner, Seminary Co-op Bookstores or visit our page at Bookshop.org. 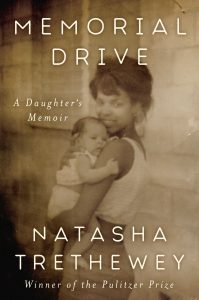 At age nineteen, Natasha Trethewey had her world turned upside down when her former stepfather shot and killed her mother. Grieving and still new to adulthood, she confronted the twin pulls of life and death in the aftermath of unimaginable trauma and now explores the way this experience lastingly shaped the artist she became.

With penetrating insight and a searing voice that moves from the wrenching to the elegiac, Pulitzer Prize–winning poet Natasha Trethewey explores this profound experience of pain, loss, and grief as an entry point into understanding the tragic course of her mother’s life and the way her own life has been shaped by a legacy of fierce love and resilience. Moving through her mother’s history in the deeply segregated South and through her own girlhood as a “child of miscegenation” in Mississippi, Trethewey plumbs her sense of dislocation and displacement in the lead-up to the harrowing crime that took place on Memorial Drive in Atlanta in 1985.

“Haunting, powerful, and painfully stunning, Memorial Drive is one of the best memoirs I’ve read in a long time. A brilliant storyteller, Trethewey writes the unimaginable truth with a clear-eyed courage that proves, once again, that she’s one of the nation’s best writers.”
—Ada Limón, author of Bright Dead Things and NBCC award-winner The Carrying

“Beautifully composed, achingly sad…This profound story of the horrors of domestic abuse and a daughter’s eternal love for her mother will linger long after the book’s last page is turned.”
—Publishers Weekly

NATASHA TRETHEWEY served two terms as the 19th Poet Laureate of the United States (2012-2014). She is the author of five collections of poetry, Monument (2018), which was longlisted for the 2018 National Book Award; Thrall (2012); Native Guard (2006), for which she was awarded the Pulitzer Prize, Bellocq’s Ophelia (2002); and Domestic Work (2000), which was selected by Rita Dove as the winner of the inaugural Cave Canem Poetry Prize for the best first book by an African American poet and won both the 2001 Mississippi Institute of Arts and Letters Book Prize and the 2001 Lillian Smith Award for Poetry. She is also the author of the memoir Memorial Drive (2020). Her book of nonfiction, Beyond Katrina: A Meditation on the Mississippi Gulf Coast, appeared in 2010. She is the recipient of fellowships from the National Endowment for the Arts, the Guggenheim Foundation, the Rockefeller Foundation, the Beinecke Library at Yale, and the Bunting Fellowship Program of the Radcliffe Institute for Advanced Study at Harvard. At Northwestern University she is a Board of Trustees Professor of English in the Weinberg College of Arts and Sciences. In 2012 she was named Poet Laureate of the State of Mississippi and and in 2013 she was inducted into the American Academy of Arts and Sciences.