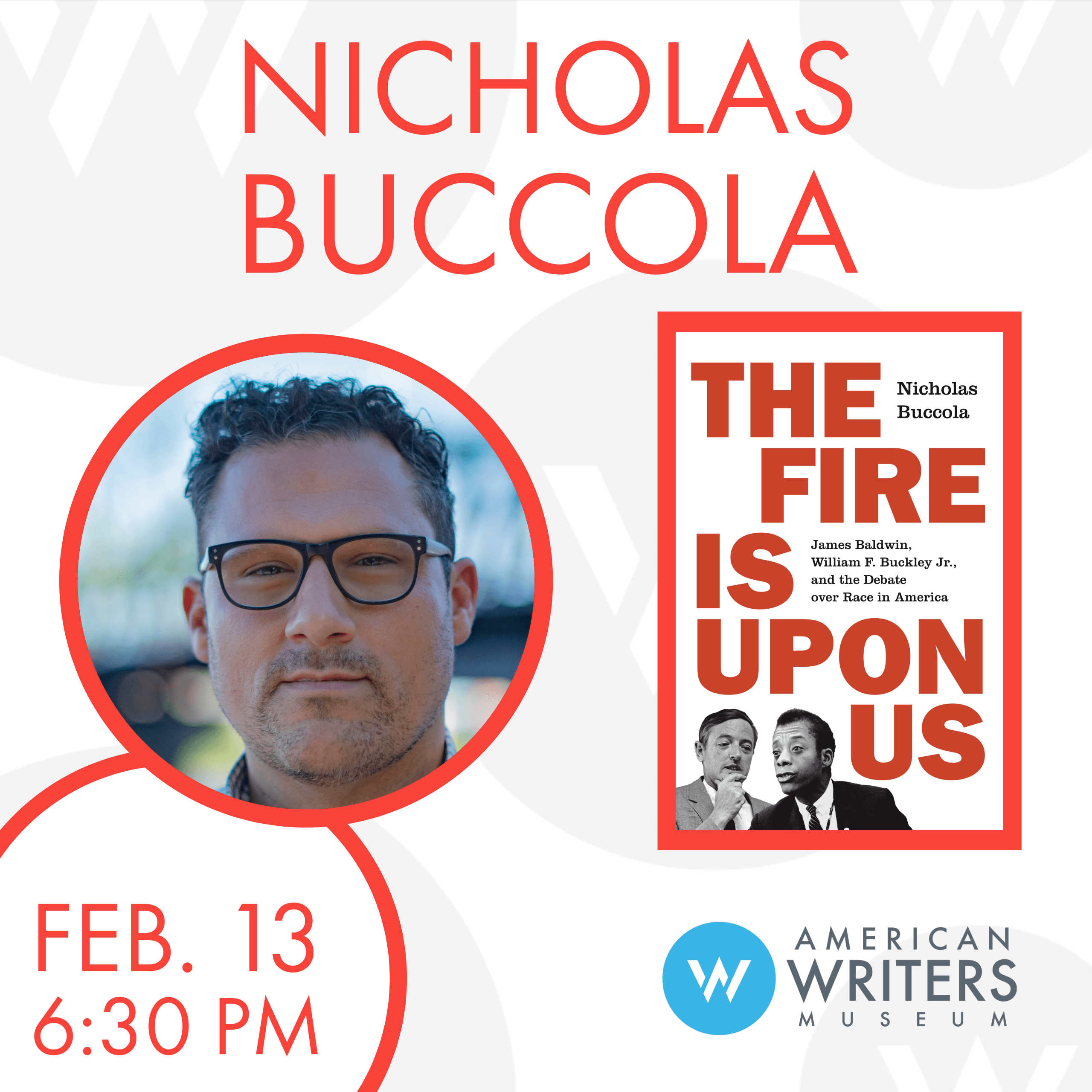 Nicholas Buccola with Steve Schapiro: The Fire Is Upon Us

Writer Nicholas Buccola presents his new book The Fire Is Upon Us, which shows how the iconic clash between the civil rights firebrand James Baldwin and the father of modern conservatism William F. Buckley, Jr. continues to illuminate America’s racial divide. Buccola is joined by photographer Steve Schapiro, who with his camera captured the changing socio-cultural landscape of America during the Sixties.

About the The Fire Is Upon Us:

On February 18, 1965, an overflowing crowd packed the Cambridge Union in Cambridge, England, to witness a historic televised debate between James Baldwin, the leading literary voice of the civil rights movement, and William F. Buckley Jr., a fierce critic of the movement and America’s most influential conservative intellectual. The topic was “the American dream is at the expense of the American Negro,” and no one who has seen the debate can soon forget it. Nicholas Buccola’s The Fire Is Upon Us is the first book to tell the full story of the event, the radically different paths that led Baldwin and Buckley to it, the controversies that followed, and how the debate and the decades-long clash between the men continues to illuminate America’s racial divide today.

Born in New York City only fifteen months apart, the Harlem-raised Baldwin and the privileged Buckley could not have been more different, but they both rose to the height of American intellectual life during the civil rights movement. By the time they met in Cambridge, Buckley was determined to sound the alarm about a man he considered an “eloquent menace.” For his part, Baldwin viewed Buckley as a deluded reactionary whose popularity revealed the sickness of the American soul. The stage was set for an epic confrontation that pitted Baldwin’s call for a moral revolution in race relations against Buckley’s unabashed elitism and implicit commitment to white supremacy.

A remarkable story of race and the American dream, The Fire Is Upon Us reveals the deep roots and lasting legacy of a conflict that continues to haunt our politics.

NICHOLAS BUCCOLA is a writer, lecturer, and teacher who specializes in the area of American political thought. He is the author of The Fire Is upon Us: James Baldwin, William F. Buckley Jr., and the Debate over Race in America (Princeton University, 2019) and The Political Thought of Frederick Douglass: In Pursuit of American Liberty (New York University Press, 2012). He is the editor of The Essential Douglass: Writings and Speeches (Hackett, 2016) and Abraham Lincoln and Liberal Democracy (University Press of Kansas, 2016). His essays have appeared in scholarly journals including The Review of Politics and American Political Thought as well as popular outlets such as The New York Times, Salon, The Baltimore Sun, Dissent, and The Claremont Review of Books. He is the Elizabeth and Morris Glicksman Chair in Political Science at Linfield College in McMinnville, Oregon. At Linfield, he teaches courses in Political Theory and Public Law, coordinates the major in Law, Rights, and Justice, and is the Founding Director of the Frederick Douglass Forum on Law, Rights, and Justice. He serves as the Book Review Editor of American Political Thought (University of Chicago Press). He is at work on a new book about the contested meaning of freedom in the American civil rights and conservative movements.

STEVE SCHAPIRO has documented the culture and history of the US for decades. Inspired by the father of photojournalism, Henri Cartier-Bresson, Schapiro developed his passion for photography from an early age. He took lessons with William Eugene Smith, a renowned photographer during the Second World War. During the course of his remarkable career Schapiro’s work has been featured in many books as well as magazines like LIFE, Vanity Fair, Sports Illustrated, Newsweek, Time, and Paris Match. He photographed Robert Kennedy during his presidential campaign, documented the hippie counterculture, and recorded key moments of the civil rights movement, such as the march on Washington and the Selma to Montgomery march. Much more than just a photojournalist, Schapiro is an activist, whose engagement with the zeitgeist gave attention and visibility to the political struggles of the day. Schapiro’s eye was also attracted to the glimmer and glint of celebrity. His portraits of stars famous for divergent deeds include Barbra Streisand, Muhammad Ali, David Bowie, Andy Warhol, Martin Luther King, and Samuel Beckett.