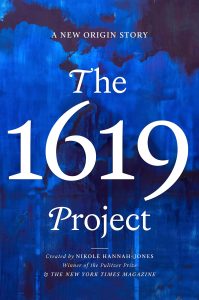 In a landmark 2019 special issue of The New York Times Magazine, “The 1619 Project” led by journalist Nikole Hannah-Jones, challenged our country’s mainstream origin story and founding ideals, to reveal instead a nation shaped by the legacy of American slavery. Out of this project—which garnered Hannah-Jones a Pulitzer Prize—came the 1619 podcast, school curricula, and a renewed national conversation about race. Now comes a book by the same name: a retelling of U.S. history that foregrounds slavery and the contributions of Black Americans, featuring expanded essays by Hannah-Jones and prominent Black intellectuals, activists, and poets. Join Hannah-Jones and the AWM at CHF for a conversation about how past and present racial inequity affects current practices of democracy, justice, education, and inheritance in our country.

NIKOLE HANNAH-JONES is a Pulitzer Prize-winning reporter covering racial injustice for The New York Times Magazine and creator of the landmark 1619 Project. In 2017, she received a MacArthur Foundation Fellowship, known as the Genius Grant, for her work on educational inequality. She has also won a Peabody Award, two George Polk Awards, three National Magazine Awards, and the 2018 John Chancellor distinguished journalism award from Columbia University. In 2016, Nikole co-founded the Ida B. Wells Society for Investigative Reporting, a training and mentorship organization geared towards increasing the numbers of investigative reporters of color.