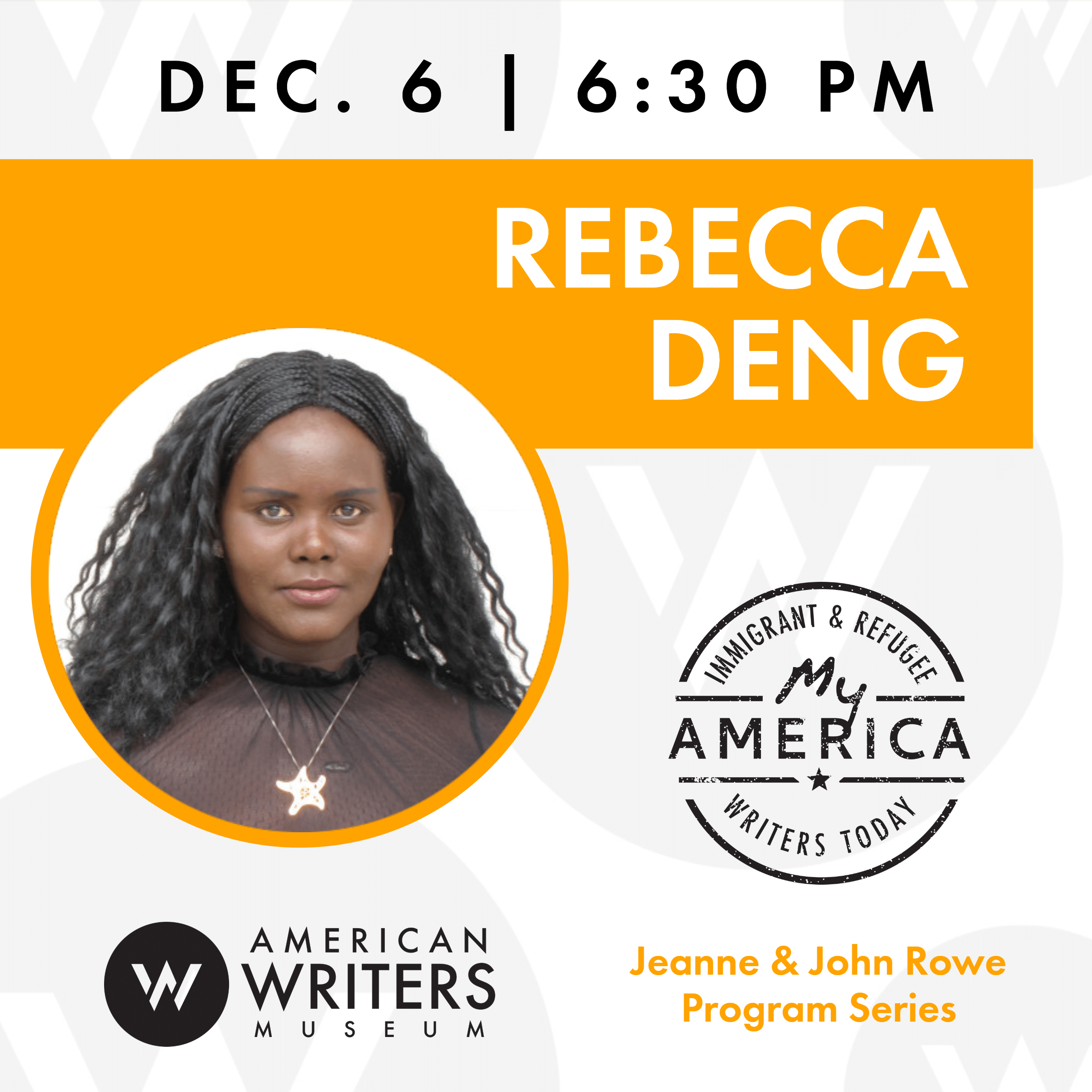 Rebecca Deng: What They Meant for Evil

Acclaimed speaker REBECCA DENG tells her incredible true story to freedom in her first book, What They Meant for Evil. A lyrical, captivating portrait of a child hurled into wartime, and how through divine intervention, she came to America and found a new life full of joy, hope, and redemption. This program is part of the Jeanne M. and John W. Rowe Program Series, in conjunction with our special exhibit My America: Immigrant and Refugee Writers Today.

About What They Meant for Evil:

One of the first unaccompanied refugee children to enter the United States in 2000, after South Sudan’s second civil war took the lives of most of her family, Rebecca’s story begins in the late 1980s when, at the age of four, her village was attacked and she had to escape. What They Meant for Evil is the account of that unimaginable journey. With the candor and purity of a child, Rebecca recalls how she endured fleeing from gunfire, suffering through hunger and strength-sapping illnesses, dodging life-threatening predators—lions, snakes, crocodiles, and soldiers alike—that dogged her footsteps, and grappling with a war that stole her childhood.

REBECCA DENG, of South Sudan’s Dinka tribe, is one of the 89 Lost Girls who came to the United States in 2000 as a refugee after living eight years in Kakuma Refugee Camp in northern Kenya. The violence she experienced as a child during the Second Sudanese Civil War (1983-2005) has given her a deep empathy for children and young adults who face similar situations today. She became a US citizen in 2006.

Today Rebecca is an international speaker and advocate for women and children who have been traumatized and victimized by war. She has spoken at the United Nations and served as a Refugee Congress delegate at the United Nations High Commissioner for Refugees (UNHCR) in Washington D.C. She also led a sixty-five person team of referendum workers at the 2011 Out of the Country Voting Center for the South Sudanese Independence Referendum. She worked with the American Bible Society’s Mission Trauma Healing program, formerly called She’s My Sister.

2 thoughts on “Rebecca Deng: What They Meant for Evil”