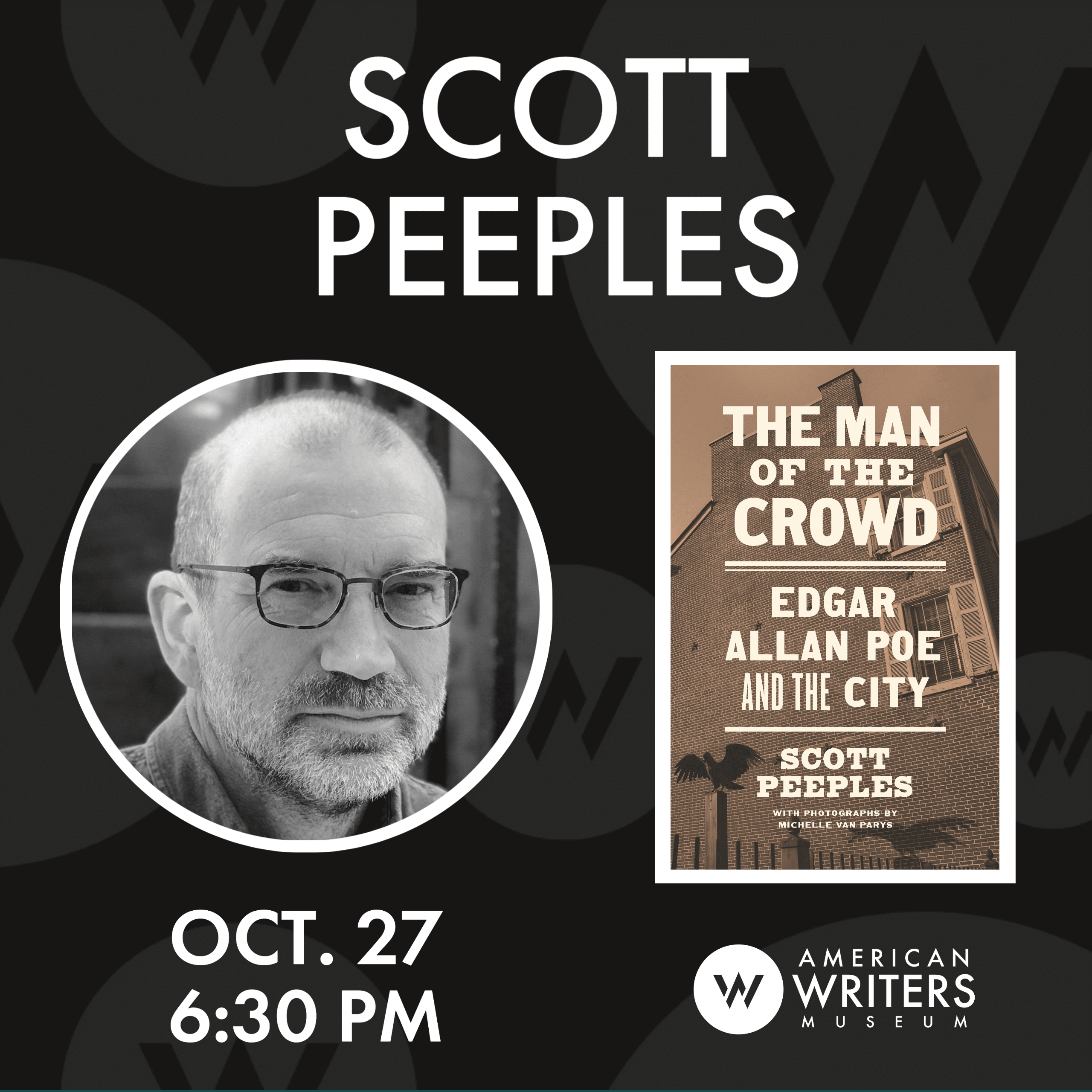 The Man of the Crowd: Edgar Allan Poe and the City

Edgar Allan Poe changed residences about once a year throughout his life. Driven by a desire for literary success and the pressures of supporting his family, Poe sought work in American magazines, living in the cities that produced them. In The Man of the Crowd: Edgar Allan Poe and the City, Scott Peeples chronicles Poe’s rootless life in the cities, neighborhoods, and rooms where he lived and worked, exploring how each new place left its enduring mark on the writer and his craft.

This program takes place October 27 at 6:30 pm Central and will be hosted live via Zoom, register for the program here. You can purchase the book ahead of time on our page at Bookshop.org. 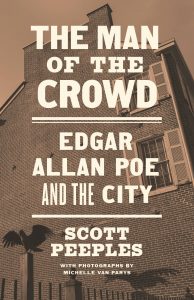 More about The Man of the Crowd: Edgar Allan Poe and the City:

Poe wrote short stories, poems, journalism, and editorials with urban readers in mind. He witnessed urban slavery up close, living and working within a few blocks of slave jails and auction houses in Richmond and among enslaved workers in Baltimore. In Philadelphia, he saw an expanding city struggling to contain its own violent propensities. At a time when suburbs were just beginning to offer an alternative to crowded city dwellings, he tried living cheaply on the then-rural Upper West Side of Manhattan, and later in what is now the Bronx. Poe’s urban mysteries and claustrophobic tales of troubled minds and abused bodies reflect his experiences living among the soldiers, slaves, and immigrants of the American city.

Featuring evocative photographs by Michelle Van Parys, The Man of the Crowd challenges the popular conception of Poe as an isolated artist living in a world of his own imagination, detached from his physical surroundings. The Poe who emerges here is a man whose outlook and career were shaped by the cities where he lived, longing for a stable home.

Praise for The Man of the Crowd: Edgar Allan Poe and the City

“Scott Peeples has plumbed the deep psychic landscape of Poe with passion and skill, bringing us back to his writings again and again with fresh insights. The Man of the Crowd is beautifully written and remarkably adroit. A major accomplishment.”
—Jay Parini, author of Robert Frost and Empire of Self: A Life of Gore Vidal

“This evocative and elegantly written book offers a fresh way of understanding Poe. The Man of the Crowd is a lively and compelling read.”
—Sandra Tomc, author of Industry and the Creative Mind: The Eccentric Writer in American Literature and Entertainment, 1790–1860

“Accessible and engaging. By focusing on the cities, neighborhoods, and streets that influenced Poe’s personal life and writings, Scott Peeples offers a unique account of the famous author’s search for professional success and a place to call home.”
—Paul Christian Jones, author of Against the Gallows: Antebellum American Writers and the Movement to Abolish Capital Punishment

SCOTT PEEPLES is a professor at the College of Charleston where he teaches a wide array of courses, with topics ranging from Gothicism to nineteenth-century American poetry to Bob Dylan. He has published extensively on Edgar Allan Poe and other nineteenth-century writers, most recently as co-editor of the Oxford Handbook to Edgar Allan Poe. Dr. Peeples served as Chair of the Department of English from 2012 to 2017, and is currently Vice President of the Southeastern American Studies Association.