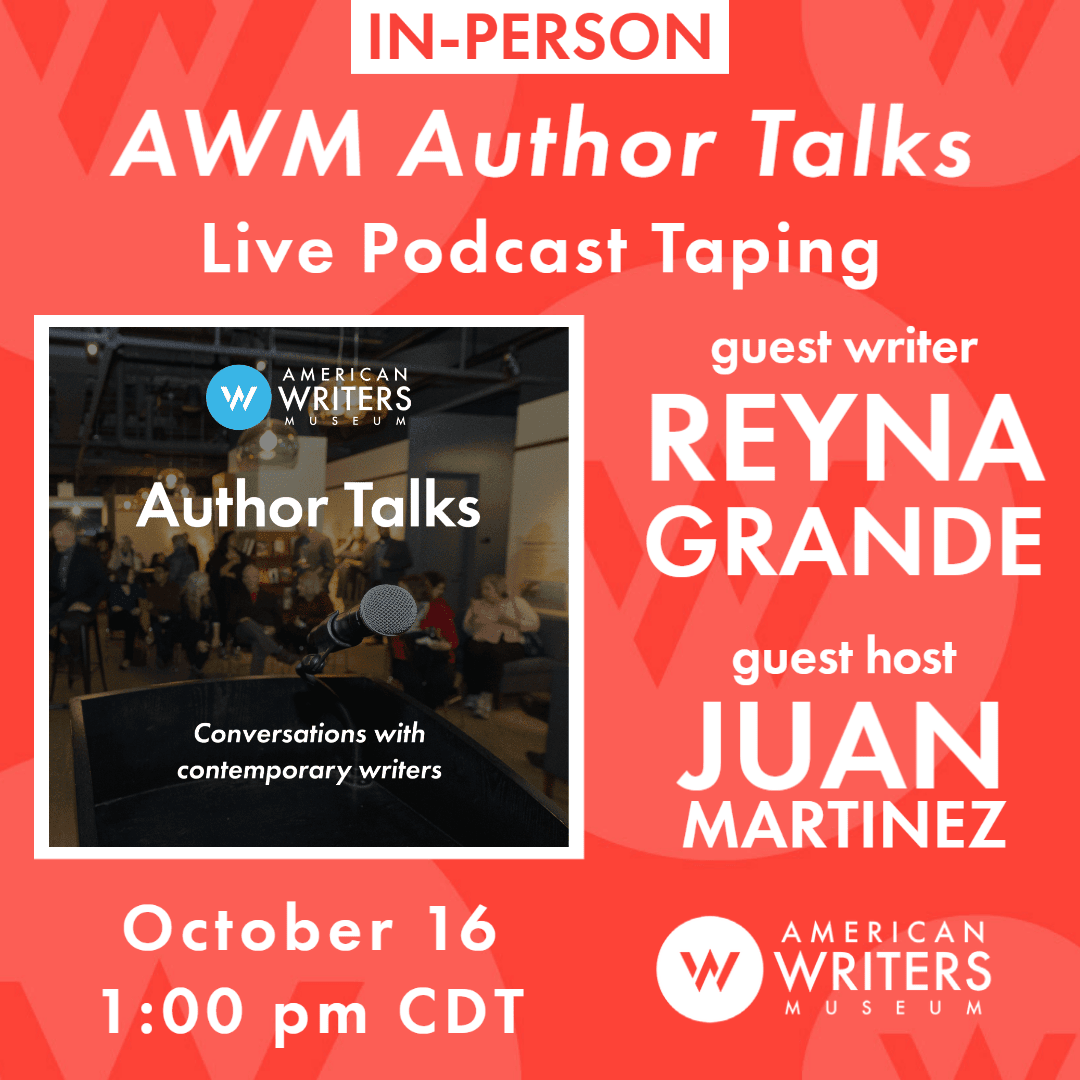 You don’t want to miss this special live recording of the hit podcast AWM Author Talks at the American Writers Museum! Award-winning writer Reyna Grande stops by to chat with author Juan Martinez about her recently released books, her writing process, and how writing has changed her life. Listen to past episodes of AWM Author Talks and other podcast series at the AWM Podcast Network Hub. Grande will sign books following the podcast recording.

Grande has three books out in 2022! In March she published A Ballad of Love and Glory, a historical novel set during the Mexican-American War. In June she published an anthology of immigrant voices called Somewhere We Are Human: Authentic Voices on Migration, Survival, and New Beginnings, which she co-edited with Sonia Guiñansaca. And this October the Spanish version of her novel is coming out as Corrido de Amor y Gloria. These books and others will be available for purchase and following the podcast recording Grande will sign books.

Grande and Martinez were both featured in our recent special exhibit My America: Immigrant and Refugee Writers Today, in which prominent writers shared insights into how their respective immigrant and refugee experiences shaped their lives and writing. The exhibit is no longer available to visit in person, but you can explore all of it online at www.my-america.org. 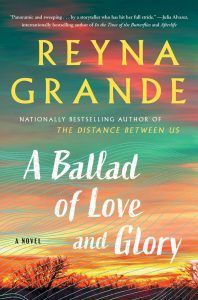 More about A Ballad of Love and Glory:

A Long Petal of the Sea meets Cold Mountain in this sweeping historical saga following a Mexican army nurse and an Irish soldier who must fight, at first for their survival and then for their love, amidst the atrocity of the Mexican-American War…Heartbreaking and lyrical, Reyna Grande’s spellbinding saga, inspired by true events and historical figures, brings these two unforgettable characters to life and illuminates a largely forgotten moment in history that impacts the US-Mexico border to this day.

More about Somewhere We Are Human:

A unique collection of 41 groundbreaking essays, poems, and artwork by migrants, refugees and Dreamers—including award-winning writers, artists, and activists—that illuminate what it is like living undocumented today…Created entirely by undocumented or formerly undocumented migrants, Somewhere We Are Human is a journey of memory and yearning from people newly arrived to America, those who have been here for decades, and those who have ultimately chosen to leave or were deported. Touching on themes of race, class, gender, nationality, sexuality, politics, and parenthood, Somewhere We Are Human reveals how joy, hope, mourning, and perseverance can take root in the toughest soil and bloom in the harshest conditions. 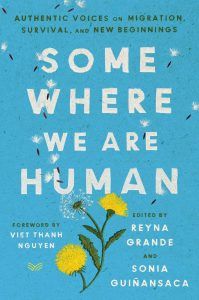 REYNA GRANDE is the author of the bestselling memoir, The Distance Between Us, (Atria, 2012) where she writes about her life before and after she arrived in the United States from Mexico as an undocumented child immigrant. The much-anticipated sequel, A Dream Called Home (Atria), was released in 2018. Her other works include the novels, Across a Hundred Mountains, (Atria, 2006) and Dancing with Butterflies (Washington Square Press, 2009) which were published to critical acclaim. The Distance Between Us is also available as a young readers edition from Simon & Schuster’s Children’s Division–Aladdin. Her books have been adopted as the common read selection by schools, colleges, and cities across the country. Her most recent titles are A Ballad of Love and Glory (Atria, 2022), a novel set during the Mexican-American War, and an anthology by and about undocumented Americans called Somewhere We Are Human: Authentic Voices on Migration, Survival and New Beginnings (HarperVia, 2022).