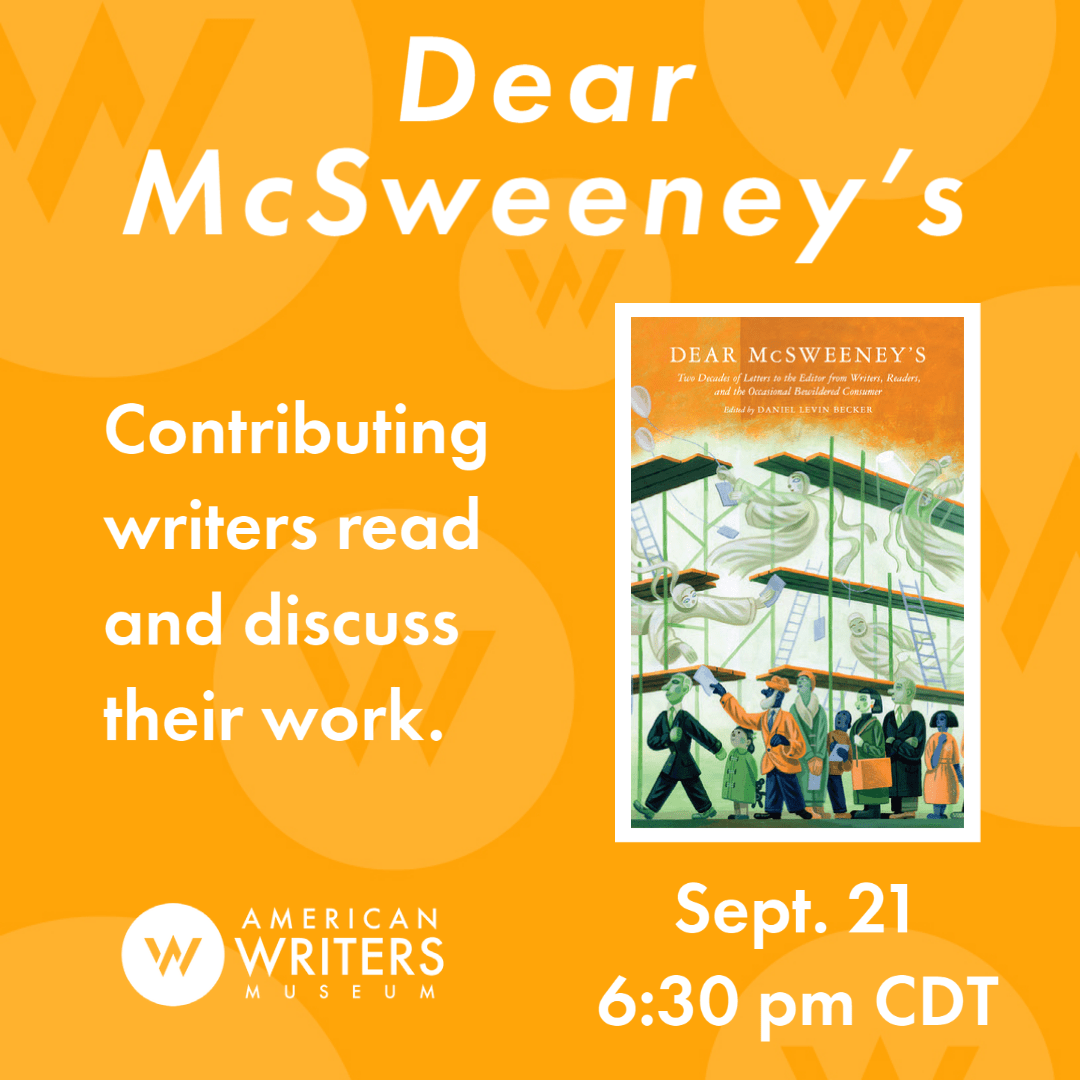 Join us for a fun night with a range of writers who’ll discuss their contributions to Dear McSweeney’s, approximately twenty-three years of exceptional letters to the editor. Hosted by McSweeney’s senior editor Daniel Levin Becker, this program will take place online via Zoom. Register for the program here. 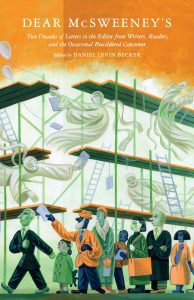 McSweeney’s Quarterly Concern has been printing issues since 1998 and sending them into the world with reckless faith. Now and then, the world writes back. In two decades and change, we’ve accumulated a heady archive of letters to the editor: dispatches, pleas, confessions, treatises, ruminations, rants, raves, and the occasional misdirected customer service query. Dear McSweeney’s takes readers into the depths of this archive—including material that’s long been out of print. “We like to think of these pieces as personal essays smuggled into the Quarterly in the form of letters,” says Quarterly editor Claire Boyle.

Collected here are one hundred installments from this sprawling many-to-one correspondence, including but not limited to musings on moths and mummies, macaroons and cats, armadillos and homicidal sea worms and the arcana of Jerry Lewis’s acting career. In turns poignant and absurd, these letters are a sparkling glimpse into the strange and unforgettable lives of McSweeney’s readers. Their unexpected perspectives—messy, weird, tender, funny—synchronize here into a collective portrait of who we are. Says Levin Becker: “Think of Dear McSweeney’s as a highly experimental epistolary novel whose only real plot is the gentle, inevitable passing of time.”

DANIEL LEVIN BECKER is senior editor at McSweeney’s. He is the author of Many Subtle Channels (Harvard University Press, 2012) and What’s Good (City Lights Publishers, 2022), and translator of works by Georges Perec, Éric Chevillard, Michelle Grangaud, and Eduardo Berti, among others. He lives in Paris.