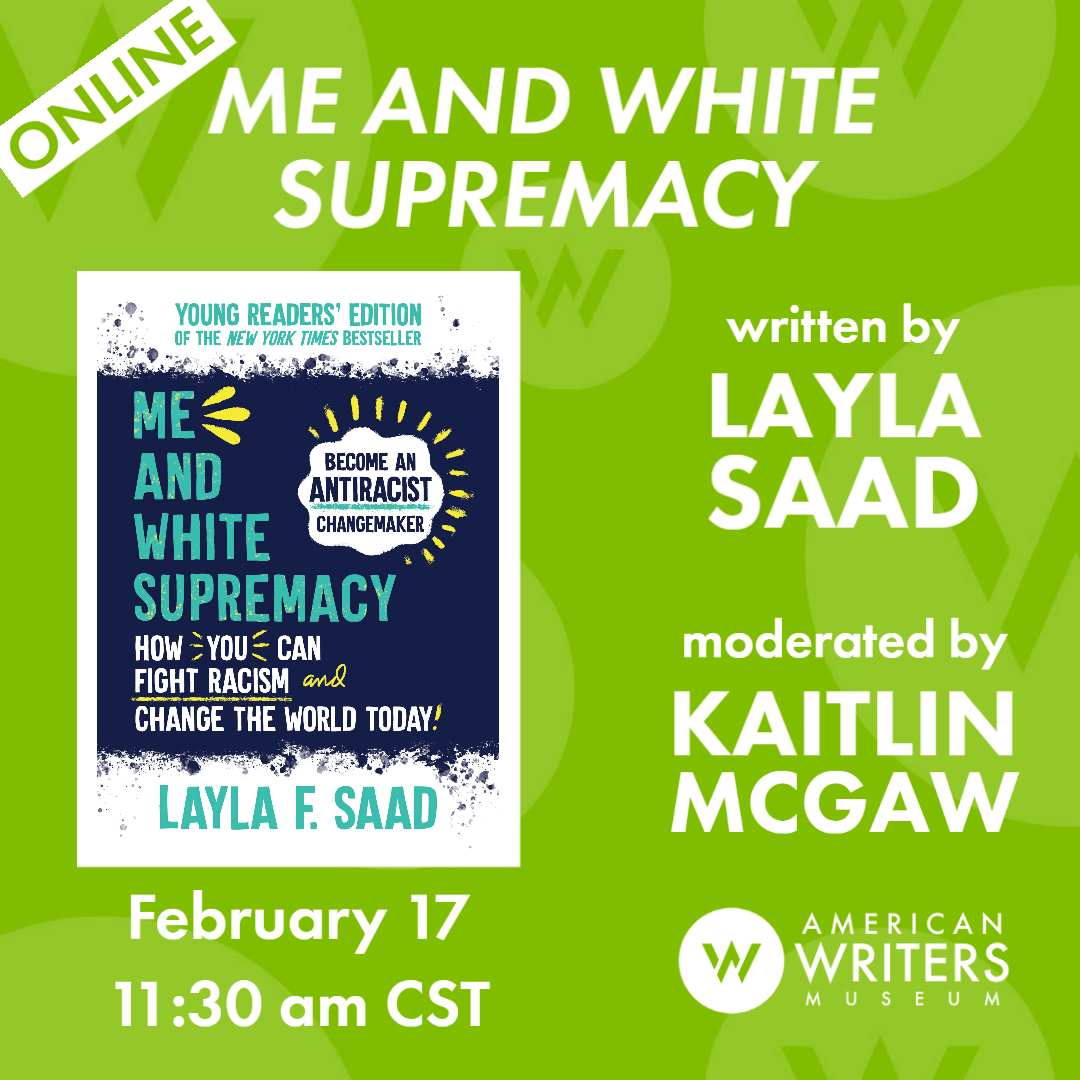 Awareness leads to action, and action leads to change. Author Layla Saad presents the young readers edition of her New York Times bestselling book Me and White Supremacy, which teaches readers how to explore and understand racism and white supremacy and how young readers can do their part to help change the world. Saad is joined by writer and artist Kaitlin McGaw of the Grammy-nominated the Alphabet Rockers. This program will be hosted online via Zoom, register for the program here. 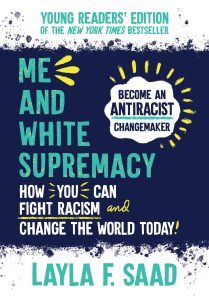 More about Me and White Supremacy: Young Readers’ Edition:

Me and White Supremacy has reached so many adults in their journeys to become better ancestors. This edition aims to make change with even younger members of our society. Covering topics such as white privilege, white fragility, tone policing, white silence and more, Layla Saad has developed a brilliant introduction and deep dive that is sure to become a standard in antiracist education. Saad meticulously updated the content for young readers to include:

Me and White Supremacy teaches teens and pre-teens how to dismantle the privilege within themselves and others so that they can stop themselves (and others) from inflicting damage on people of color, and in turn, help other white people do better, too.

LAYLA SAAD is a globally respected writer, speaker and podcast host on the topics of race, identity, leadership, personal transformation and social change. Initially offered for free following an Instagram challenge under the same name, the digital Me And White Supremacy Workbook was downloaded by close to ninety thousand people around the world in the space of six months, before becoming a traditionally published book. Layla’s work has been brought into homes, educational institutions and workplaces around the world that are seeking to create personal and collective change. Watch Layla discuss the adult version of Me and White Supremacy at the AWM in February 2020.

KAITLIN McGAW (she/her) is a writer, listener and artist based in Oakland, CA on Ohlone lands. Her path in anti-racism and art began as a high school student in Belmont, MA, where community dialogue, activism, and poetry framed her purpose and relationship with the world. Kaitlin is a graduate of Harvard University with a BA in Afro-American Studies. She is also a two- time GRAMMY nominee, an artist fellow and a deeply committed partner for change, often stepping back for others to shine, and stepping up for truth and our collective humanity. Kaitlin believes radical imagination begins with the way we read, sing, and ask questions of the world with our children. She is the mother of two creative children of her own, whom she is raising with her husband Adhi. She is the author of the recently released picture book, You Are Not Alone, with fellow co-founder of The Alphabet Rockers Tommy Soulati Shepherd (he/him/they).