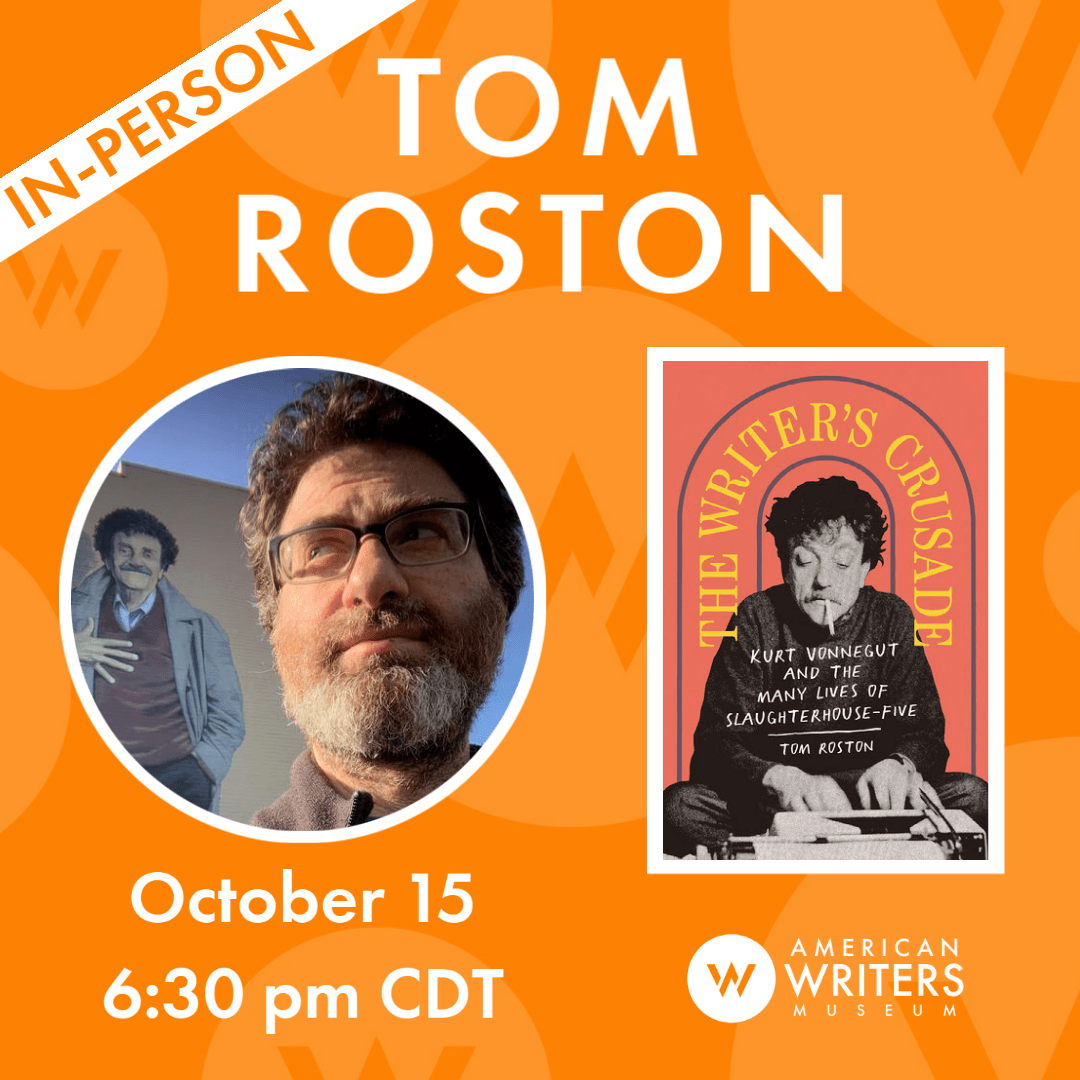 The Writer’s Crusade: Kurt Vonnegut and the Many Lives of Slaughterhouse-Five

Author Tom Roston presents The Writer’s Crusade: Kurt Vonnegut and the Many Lives of Slaughterhouse-Five, his deeply researched exploration of Vonnegut and the very personal WWII and POW traumas that influenced his classic Dresden novel.

***This program is an IN-PERSON EVENT. Proof of vaccination or a negative COVID test within 72 hours of the event, along with a valid photo ID, are required to attend. Space is limited, so sign up now!***

Click here to register for the live online broadcast of this event hosted on Zoom. 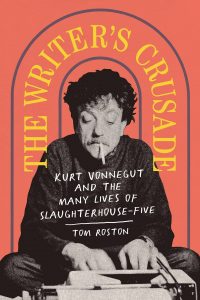 More about The Writer’s Crusade:

Kurt Vonnegut was twenty years old when he enlisted in the United States Army. Less than two years later, he was captured by the Germans in the single deadliest US engagement of the war, the Battle of the Bulge. He was taken to a POW camp, then transferred to a work camp near Dresden, and held in a slaughterhouse called Schlachthof Fünf where he survived the horrific firebombing that killed thousands and destroyed the city.

To the millions of fans of Vonnegut’s great novel Slaughterhouse-Five, these details are familiar. They’re told by the book’s author/narrator, and experienced by his enduring character Billy Pilgrim, a war veteran who “has come unstuck in time.” Writing during the tumultuous days of the Vietnam conflict, with the novel, Vonnegut had, after more than two decades of struggle, taken trauma and created a work of art, one that still resonates today.

In The Writer’s Crusade, author Tom Roston examines the connection between Vonnegut’s life and Slaughterhouse-Five. Did Vonnegut suffer from Post-Traumatic Stress Disorder? Did Billy Pilgrim? Roston probes Vonnegut’s work, his personal history, and discarded drafts of the novel, as well as original interviews with the writer’s family, friends, scholars, psychologists, and other novelists including Karl Marlantes, Kevin Powers, and Tim O’Brien. The Writer’s Crusade is a literary and biographical journey that asks fundamental questions about trauma, creativity, and the power of storytelling.

Praise for The Writer’s Crusade:

“Part biography, part literary interpretation, and part fan notes, The Writer’s Crusade is a spellbinding reexamination of both Slaughterhouse-Five and its author, Kurt Vonnegut. Although the emphasis of this marvelous book is on PTSD, Tom Roston never loses sight of the intuitive, imaginative genius of a boldly original prose stylist. Any Vonnegut enthusiast, and anyone interested in the sources of fine literature, will find pleasure in these pages.”
—Tim O’Brien (author of The Things They Carried)

“I absolutely loved The Writer’s Crusade. As soon as I finished it, I picked up Slaughterhouse-Five again. Tom Roston’s excellent book has given me the great gift of getting to read Vonnegut’s masterpiece as though it were my first time.”
—Kevin Powers (author of The Yellow Birds)

“I read Slaughterhouse-Five when I had just returned from my war in Vietnam. I didn’t understand it until I read The Writer’s Crusade. Tom Roston’s insightful exploration of Vonnegut’s struggle to write the novel, and its significant place in our ongoing task of better understanding and treating the trauma of war should be read by all fans of Vonnegut and all who suffer from trauma, no matter what the source.”
—Karl Marlantes (author of Matterhorn)

TOM ROSTON has been writing and editing stories about culture, food and life in New York City for more than 20 years. He has profiled a long list of dynamic subjects, from documentarian Ken Burns to actor Tom Cruise, from chef Jose Andres to Judge Judy. He drove across Montana with Viggo Mortensen, got tattoos (not matching) with Angelina Jolie in Montreal, drank whiskey with Jane Goodall and translated Khmer words into English for Kurt Vonnegut. In The Quantum Prophets, he sought to uncover what lies beneath the intellectual battle between Richard Dawkins and Deepak Chopra. In I Lost It at the Video Store: A Filmmakers’ Oral History of a Vanished Era, he constructed a narrative chronicle of a creative movement from interviews with filmmakers such as Quentin Tarantino, Kevin Smith, Darren Aronofsky, David O. Russell and Allison Anders. Roston started out at The Nation and Vanity Fair, and worked for ten years at Premiere. His writing has appeared in The New York Times, Food Republic, Fast Company and Salon, among other publications. In addition to being a freelance journalist, he worked as a writing consultant to the City of New York for many years. He lives in Brooklyn, where he mostly avoids writing about himself in the third person.

2 thoughts on “The Writer’s Crusade: Kurt Vonnegut and the Many Lives of Slaughterhouse-Five”