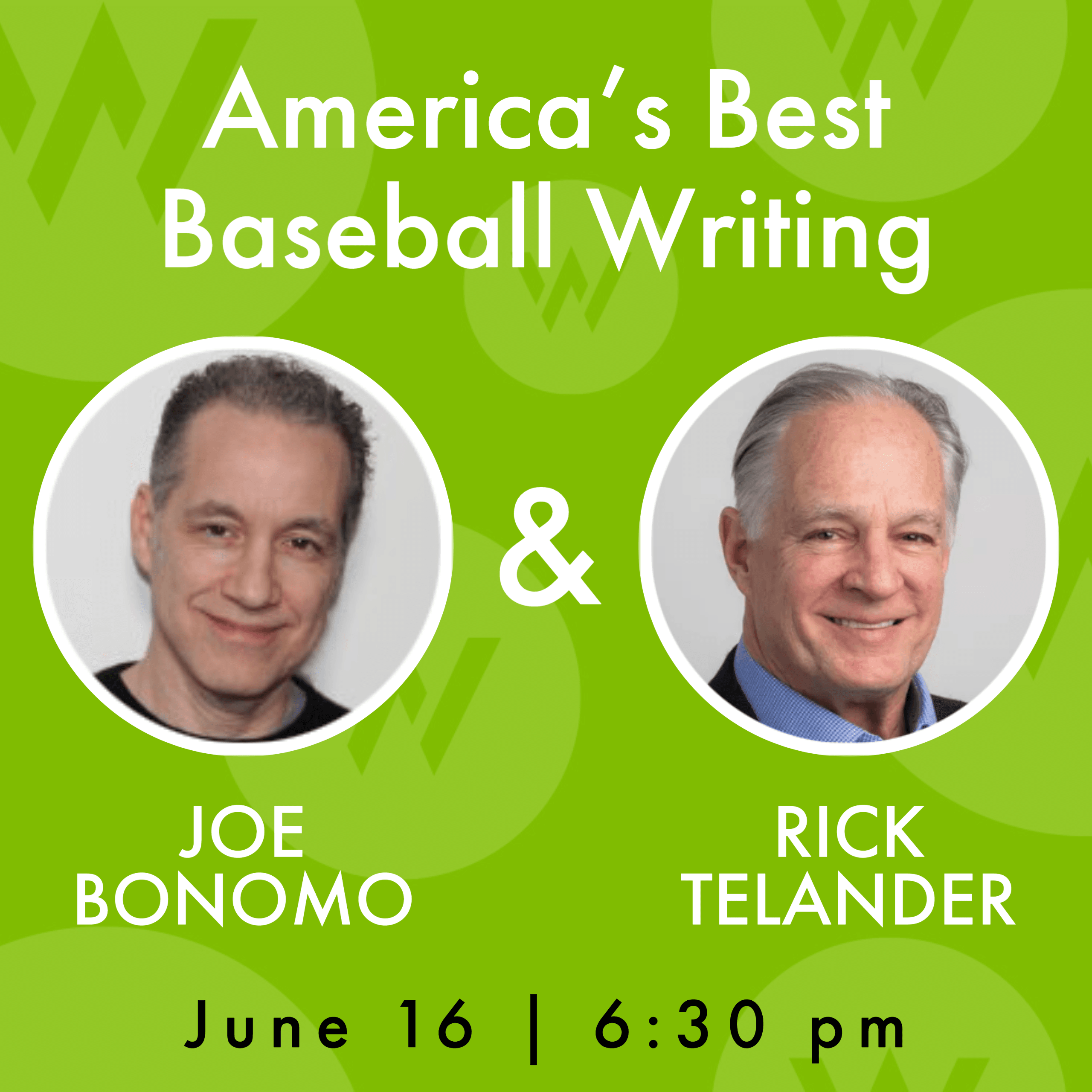 A discussion with writers Joe Bonomo and Rick Telander.

As people across the United States, and the world, wait patiently for the re-start of our nation’s summer pastime, two of the country’s preeminent sportswriters talk about what it is that makes the game such a compelling subject for America’s writers, past and present. This program will be hosted live via Zoom, register for the free program here.

If you are missing baseball as much as we are, check out this selection of baseball writing on the AWM Blog.

JOE BONOMO is the author of No Place I Would Rather Be: Roger Angell and a Life In Baseball Writing, Field Recordings from The Inside (essays), This Must Be Where My Obsession With Infinity Began (essays), AC/DC’s Highway to Hell (33 1/3 Series), Jerry Lee Lewis: Lost and Found, Installations (National Poetry Series), Sweat: The Story of The Fleshtones, America’s Garage Band, and Conversations With Greil Marcus. A five-time “Notable Essays” selection at Best American Essays, he’s the Music Columnist at The Normal School and Professor of English at Northern Illinois University.

RICK TELANDER is the senior sports columnist for the Chicago Sun-Times and the author of eight books, including Heaven is a Playground and From Red Ink to Red Roses. He has also written for Sports Illustrated and ESPN: The Magazine, among others. Telander has won Illinois sportswriter of the year eight times, been featured in The Best American Sports Writing seven times, and been nominated for three Pulitzer Prizes.