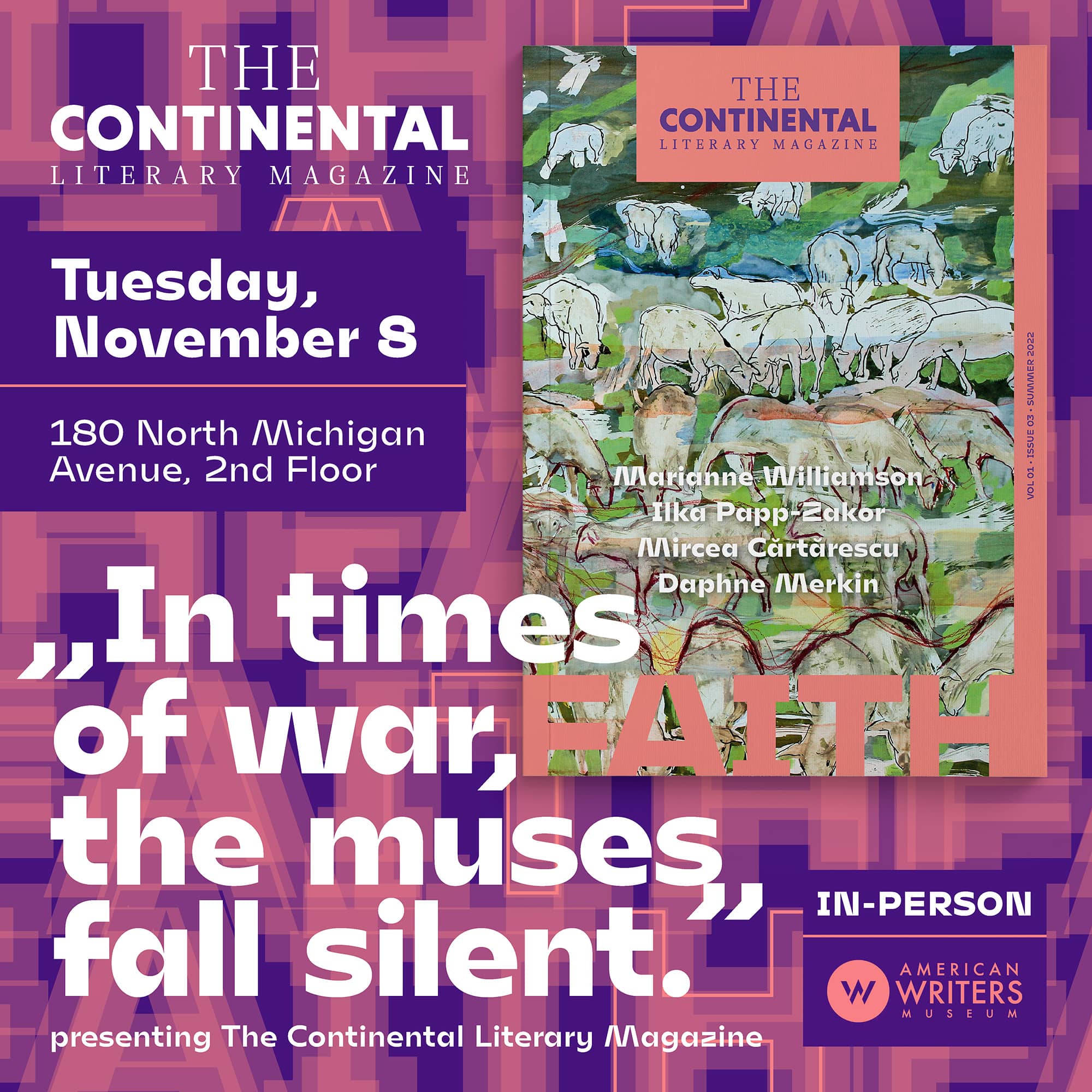 “In times of war, the muses fall silent.”

Sándor Jászberényi, editor-in-chief of The Continental Literary Magazine, moderates a panel of writers aimed at promoting cultural exchange between Central Europe and the writers of the United States. In tumultuous and dangerous times like the ones we currently face, literature becomes even more important, as these writers demonstrate. Máté Makai, author of the 4th NOIR issue, and Dániel Levente Pál, executive director of The Continental Literary Magazine, join Jászberényi in conversation on this important topic.

Part of the Editor’s Note written by Sándor Jászberényi for the FAITH issue:

“‘In times of war, the muses fall silent.’ The Latin proverb was in my head, and my mouth was full of mud. We survived the shelling, and as it later turned out, the muses do not fall silent in times of war. On the contrary. Ukraine repelled the Russian forces which sought to invade its capital. An entire nation moved to take up arms and stand up to an occupying army. The Ukrainian people were guided by faith, by the firm conviction that Ukraine is an independent and free state, and that its fate cannot be decided by ageing tyrants and the delusions of imperial nostalgia. The Continental Literary Magazine was created to serve as a bridge between the two sides of the ocean, to foster dialogue between contemporary literature in the United States or, more broadly, in the Anglo-Saxon world and the national literatures and cultures of Central Europe. Our work is important in times of peace, but in times of war, it is indispensable.”

The Continental Literary Magazine is a thematic quarterly English-language literary and public affairs journal. It is a shared platform providing a space for Central and Eastern European literature to gather ground abroad, and to form a partnership with English literature. This is Central European literature, culture, and traditions as they are — edgy and classy.

SÁNDOR JÁSZBERÉNYI is editor-in-chief of The Continental Literary Magazine . Jászberényi is also the author of The Devil Is a Black Dog: Stories from the Middle East and Beyond (New Europe Books, 2014). In 2017 he received Hungary’s Libri Literary Prize. As a correspondent for Hungarian news sites, he has covered the conflict with Islamic State, unrest in Ukraine, the revolutions in Egypt and Libya, and the Gaza War. His writing has appeared in the Wall Street Journal, the New York Times Magazine, AGNI, and the Brooklyn Rail. He divides his time between Budapest and Cairo.

MÁTÉ MAKAI (1986, Hungary) born in Veszprém and living in Szentendre, is a writer, critic, and journalist. His second volume Az Atlantis felemelkedése (The Rise of Atlantis), published by Kalligram Publishing House in 2022, contains dystopian experiments regarding an imagined near future. He works full-time managing a Hungarian designer brand and his psychedelic pop-rock musical formation goes by the name of The Monoment. In his free time, he plays guitar and football.

DÁNIEL LEVENTE PÁL (1982) is executive director of The Continental Literary Magazine as well as a poet, writer, circus dramaturg and director. He is the author of five poetry collections and two books of short stories. His writings have been translated into English, German, Portuguese, Spanish, Serbian, Romanian, Arabic, Turkish, Chinese and Thai. Since 2016, he has been working for the Capital Circus of Budapest as a playwright and dramaturg. As a circus director he won the Staféta Prize and the Special Prize of the 13th Budapest International Circus Festival. 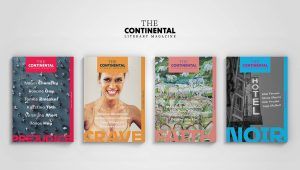