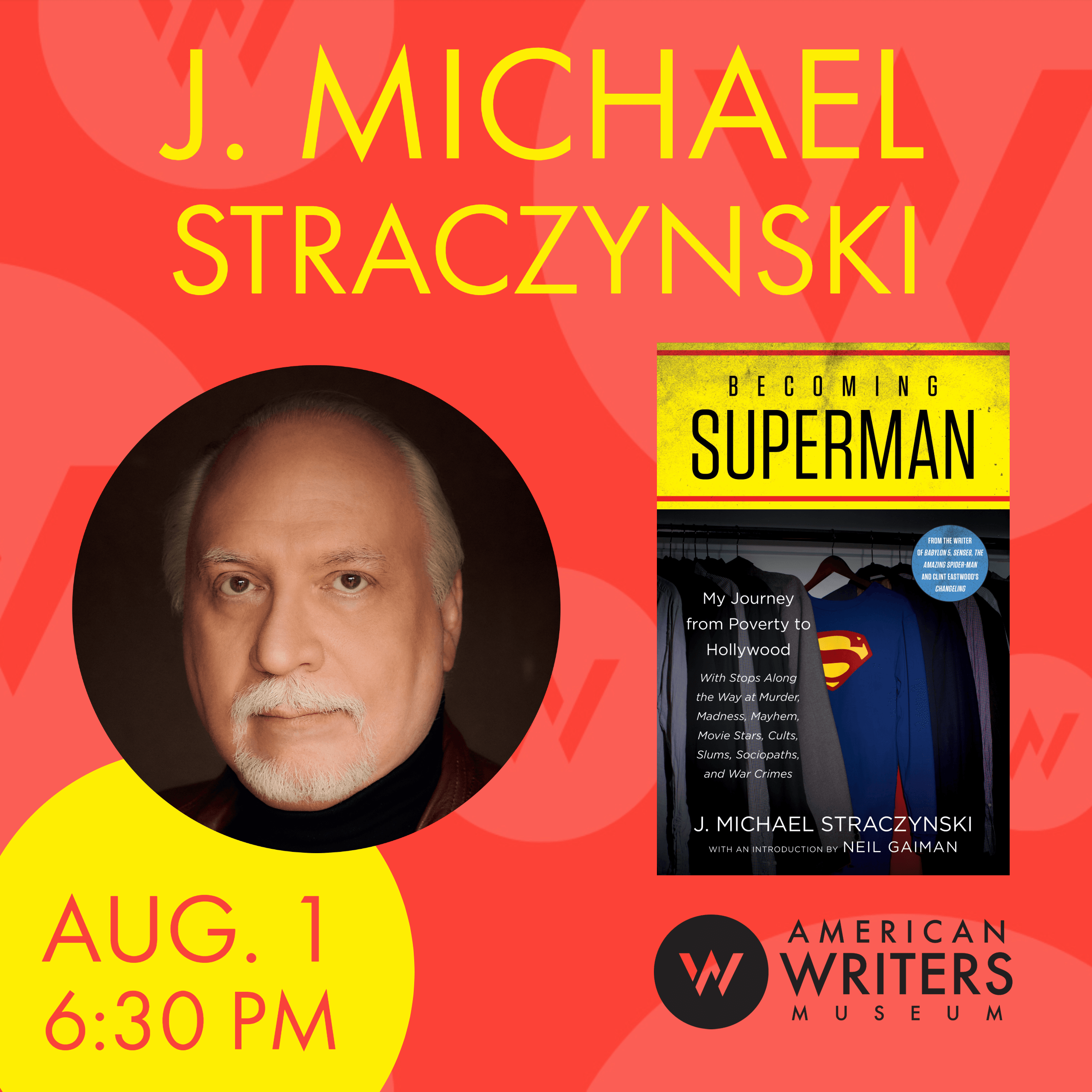 Legendary science-fiction and comics writer J. Michael Straczynski presents his dazzling, new memoir Becoming Superman. For the first time, Straczynski tells his own story and reveals how the power of creativity and imagination enabled him to overcome the horrors of his youth and a dysfunctional family haunted by madness, murder, and a terrible secret.

Joe’s early life nearly defies belief. Raised by damaged adults – a con-man grandfather and a manipulative grandmother, a violent, drunken father and a mother who was repeatedly institutionalized – Joe grew up in abject poverty, living in slums and projects when not on the road, crisscrossing the country in his father’s desperate attempts to escape the consequences of his past.

Straczynski’s personal history has always been shrouded in mystery. Becoming Superman lays bare the facts of his life: a story of creation and darkness, hope and success, a larger-than-life villain and a little boy who became the hero of his own life. It is also a compelling behind-the-scenes look at some of the most successful TV series and movies recognized around the world.

For four decades, J. MICHAEL STRACZYNSKI has been one of the most successful writers in Hollywood, one of the few to forge multiple well-respected careers in film, television and comics. He is the founder of Studio JMS and is best known as the creator of the science fiction television series Babylon 5, Crusade, Jeremiah, and Sense8. Straczynski also wrote the psychological drama film Changeling, and co-wrote the films Ninja Assassin, Underworld: Awakening, and World War Z.

As a comic book writer, Straczynski wrote Marvel Comics’ The Amazing Spider-Man, followed by runs on Thor and Fantastic Four. He is also the author of the Superman: Earth One graphic novel trilogy and has written Superman, Wonder Woman, and Before Watchmen for DC Comics. He is also the creator and writer of several original comic book series such as Rising Stars, Midnight Nation, Dream Police, and Ten Grand through his own comic imprint Joe’s Comics. Straczynski is also the author of the novels Blood Night; Othersyde; and Tribulations, the short fiction collection Straczynski Unplugged, and the nonfiction book The Complete Book of Scriptwriting.

Books will be sold and signed at the event.