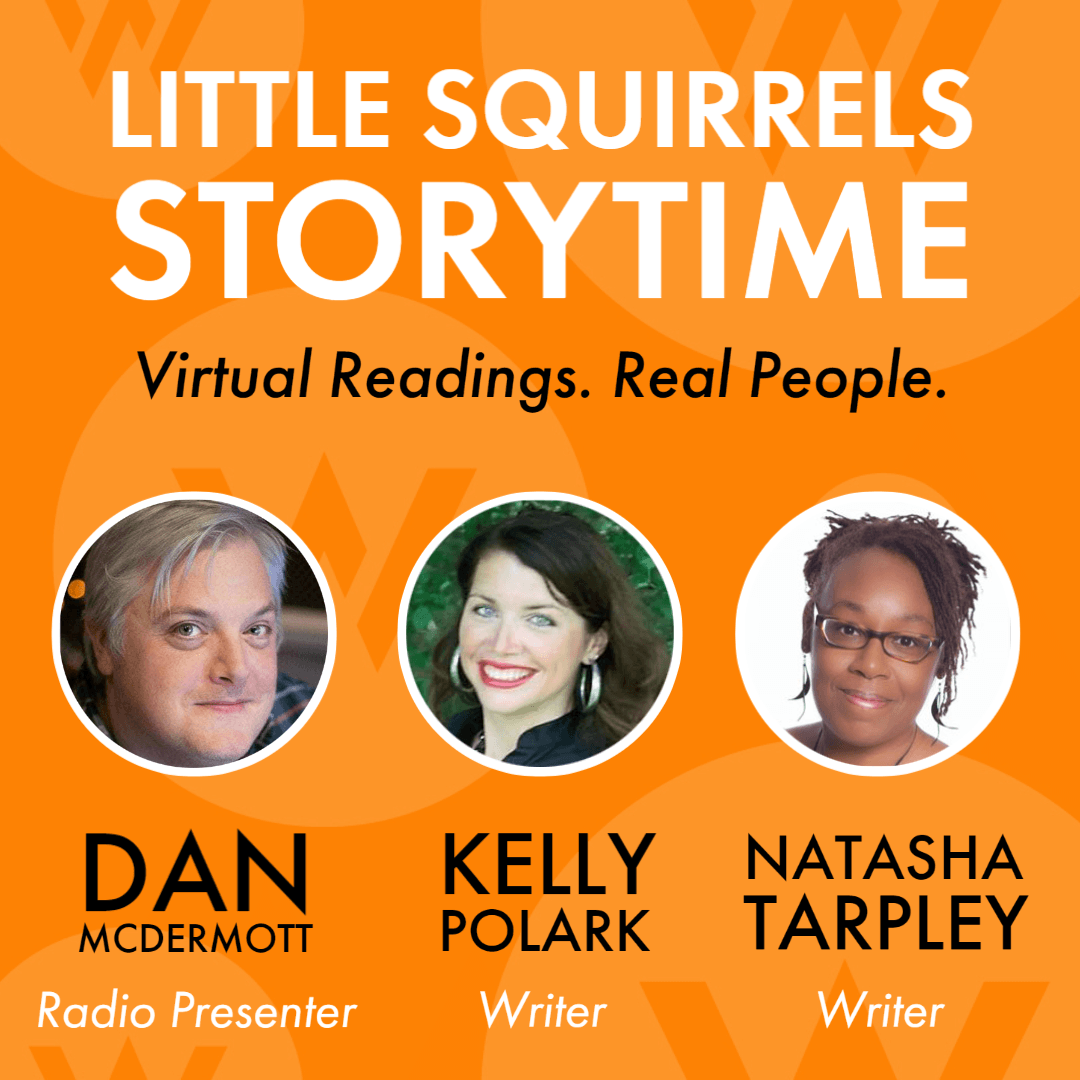 Our weekly Little Squirrel Storytimes have moved online! Tune in to the American Writers Museum on Facebook this Saturday, April 4 at 10:30 am to watch and listen to these three storytellers read three different stories!

DAN McDERMOTT is the operations manager at 8Radio.com, based out of Dublin, Ireland. He studied radio at Ballyfermot College of Further Education and has worked in many roles in the radio business – presenter, producer, promotions, sales & marketing, administration and management.

KELLY POLARK is a mother of three, educator of many, and author of five books including Words on Birds and Rock ‘N’ Roll Princesses Wear Black.

NATASHA TARPLEY is the author of the best-selling picture book, “I Love My Hair!” as well as other acclaimed titles for children and adults. She is the recipient of a National Endowment for the Arts Fellowship among other awards. When she is not writing books, Ms. Tarpley can usually be found reading them. She has also taken up the cruel and unusual hobby of running marathons. Ms. Tarpley is the co-founder of Voonderbar! Media, a multicultural children’s book media company. She lives with her husband and the ghosts of two cats on the south side of Chicago.