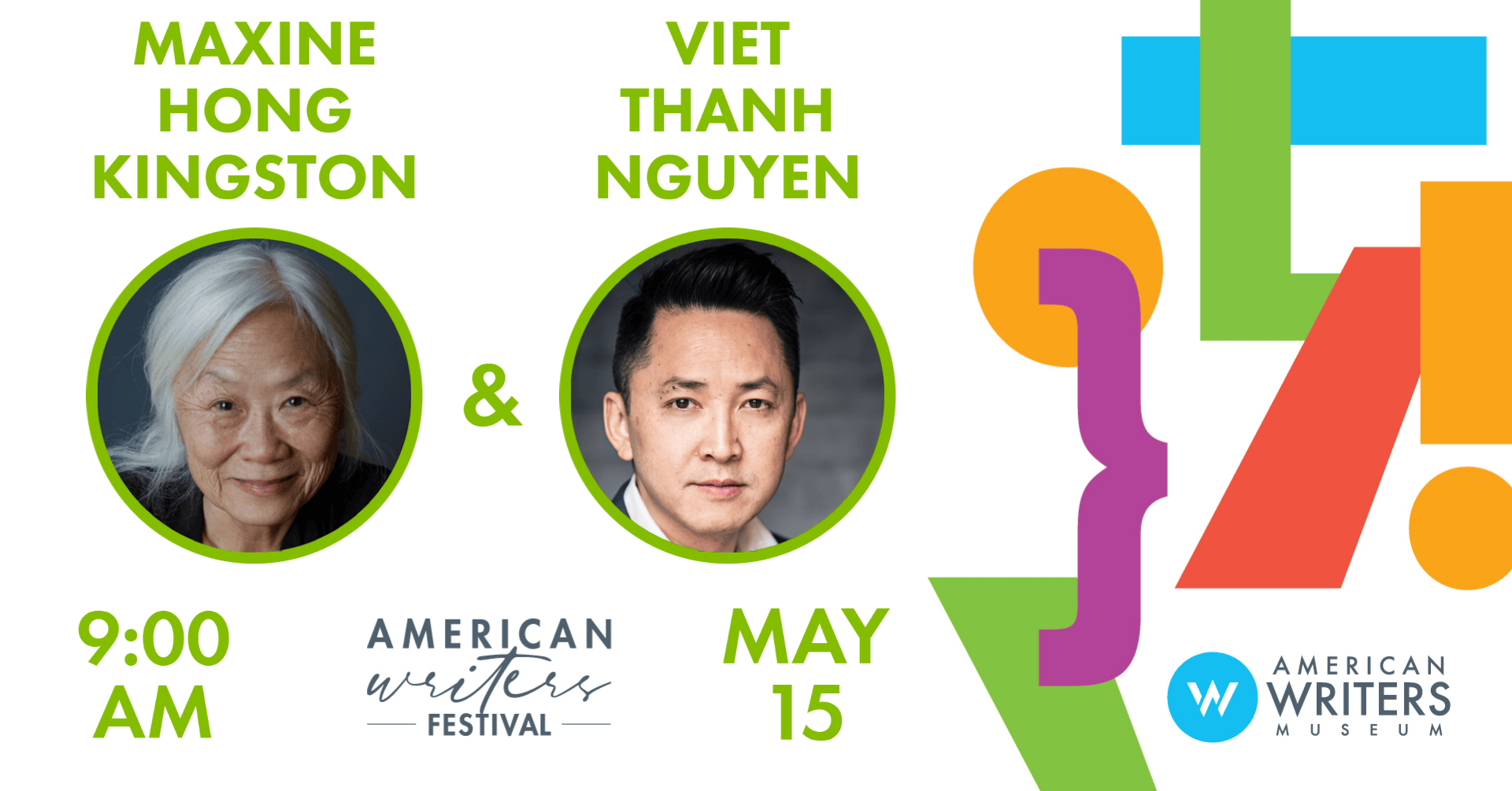 Maxine Hong Kingston and Viet Thanh Nguyen discuss the new collection of Kingston’s work from the Library of America, edited by Nguyen. View the program on YouTube here.

Maxine Hong Kingston was born to Chinese immigrant parents in Stockton, California in1940 and graduated from the University of California, Berkeley. A long-time member of the Berkeley faculty, she is currently Senior Lecturer for Creative Writing. Her nonfiction books include The Woman Warrior, which won the National Book Critics Circle Award for Nonfiction, China Men, which was awarded the National Book Award in1981, Hawaii One Summer, Through the Black Curtain, To Be the Poet, and The Fifth Book of Peace. She has written one novel, Tripmaster Monkey: His Fake Book. Kingston is the recipient of an American Academy of Arts and Letters Award in Literature and a National Humanities Medal from the National Endowment for the Humanities, as well as the title of “Living Treasure of Hawaii.”

Viet Thanh Nguyen’s novel The Sympathizer won the Pulitzer Prize for Fiction and numerous other awards. His most recent publication is the sequel to The Sympathizer, The Committed. His other books are a short story collection, The Refugees; Nothing Ever Dies: Vietnam and the Memory of War (a finalist for the National Book Award in nonfiction and the National Book Critics Circle Award in General Nonfiction); and Race and Resistance: Literature and Politics in Asian America. He has also published Chicken of the Sea, a children’s book written in collaboration with his six-year-old son, Ellison. He is a University Professor, the Aerol Arnold Chair of English, and a Professor of English, American Studies and Ethnicity, and Comparative Literature at the University of Southern California. A recipient of fellowships from the Guggenheim and MacArthur Foundations, he is also the editor of The Displaced: Refugee Writers on Refugee Lives.