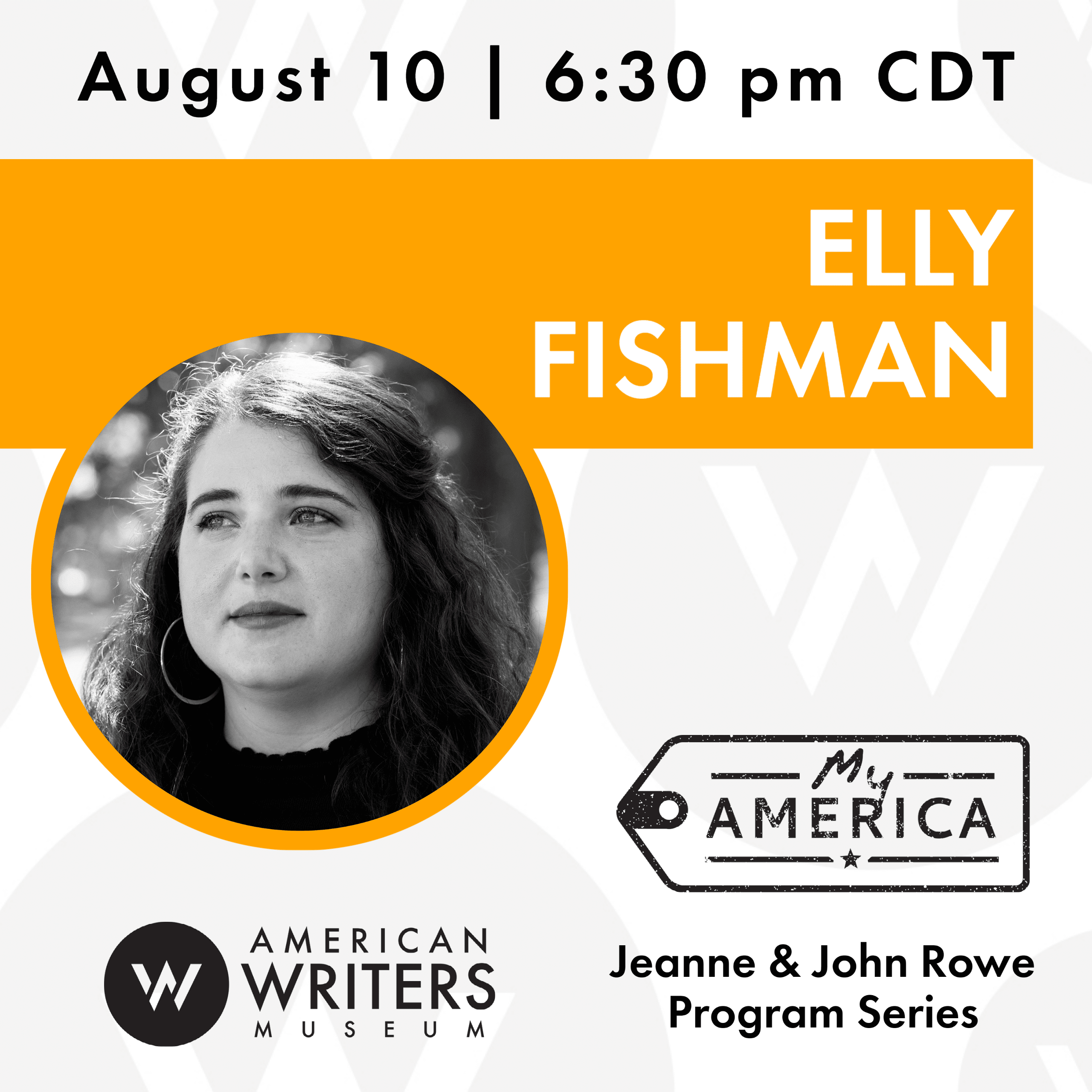 In Refugee High: Coming of Age in America, journalist Elly Fishman tells the story of a year in the life of a Chicago high school that has one of the highest proportions of refugees of any school in the nation. Join us for a virtual program in which we’ll chat with Fishman about the book, her approach to writing, and the importance of telling these refugees’ stories. Fishman will be interviewed by Alex Kotlowitz, award-winning author of American Summer and the national bestseller There Are No Children Here. This program will be hosted live online via Zoom. Order your copy of Refugee High from our bookselling partner Seminary Co-op Bookstores here and register for the program here.

This program is part of the Jeanne M. and John W. Rowe Program Series, presented in conjunction with the AWM’s special exhibit My America: Immigrant and Refugee Writers Today. You can explore this timely and important exhibit virtually at www.My-America.org or in-person at the American Writers Museum. 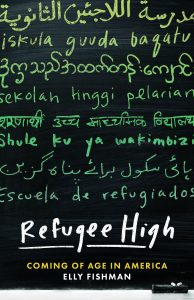 For a century, Chicago’s Roger C. Sullivan High School has been a home to immigrant and refugee students. In 2017, during the worst global refugee crisis in history, its immigrant population numbered close to three hundred—or nearly half the school—and many were refugees new to the country. These young people came from thirty-five different countries, speaking among themselves more than thirty-eight different languages.

For these refugee teens, life in Chicago is hardly easy. They have experienced the world at its worst and carry the trauma of the horrific violence they fled. In America, they face poverty, racism, and xenophobia, but they are still teenagers—flirting, dreaming, and working as they navigate their new life in America.

Refugee High is a riveting chronicle of the 2017–18 school year at Sullivan High, a time when anti-immigrant rhetoric was at its height in the White House. Even as we follow teachers and administrators grappling with the everyday challenges facing many urban schools, we witness the complicated circumstances and unique education needs of refugee and immigrant children: Alejandro may be deported just days before he is scheduled to graduate; Shahina narrowly escapes an arranged marriage; and Belenge encounters gang turf wars he doesn’t understand.

Equal parts heartbreaking and inspiring, Refugee High raises vital questions about the priorities and values of a public school and offers an eye-opening and captivating window into the present-day American immigration and education systems.

“A wondrous tapestry of stories, of young people looking for a home. With deep, immersive reporting, Elly Fishman pulls off a triumph of empathy. Their tales and their school speak to the best of who we are as a nation—and their struggles, their joys, their journeys will stay with you.”
—Alex Kotlowitz, author of There Are No Children Here

“As the only refugee in an Oklahoma high school in the 1990s, I used to have fantasies like this: what if a school existed that represented the wider world, everyone displaced, everyone applying for the same papers, pockets of society not defined by ill-fitting American markers, but following the precise contours of my own continent, its many faiths and colors? Refugee High is the realization of that daydream, and a riveting real-life answer to those youthful mysteries. A deep dive into an experiment I’ve always wanted to witness, meticulously researched, lovingly written, and rich in revelation.”
—Dina Nayeri, the author of The Ungrateful Refugee and Refuge

“Through the lives of four young people from different corners of the globe, Elly Fishman vividly portrays the perils and possibilities that confront those who come to the United States in search of a better life. No reader will be able to forget these students and the almost unimaginable hurdles they struggle to surmount, and no reader will forget the teachers who dedicate themselves to preventing the American Dream from becoming a betrayal.”
—Drew Faust, President Emeritus, Harvard University

ELLY FISHMAN worked as a senior editor and writer at Chicago magazine. Her features have won numerous awards including a City Regional Magazine Award for her article “Welcome to Refugee High,” her first report on the students and faculty at Chicago’s Roger C. Sullivan High School. Refugee High: Coming of Age in America (The New Press) is based on the article, and won the prestigious Studs and Ida Terkel Prize for a first book in the public interest. A Chicago native and graduate of the University of Chicago, Fishman currently lives in Milwaukee with her husband and their dog and teaches in the Journalism Department at the University of Wisconsin, Milwaukee.

ALEX KOTLOWITZ is the author of the national bestseller There Are No Children Here, which the New York Public Library selected as one of the 150 most important books of the twentieth century. His second book, The Other Side of the River, was awarded the Heartland Prize for Non-Fiction. For his documentary film, The Interrupters, he received an Emmy and a Film Independent Spirit Award for Best Documentary. Kotlowitz’s work, which has appeared in The New York Times Magazine, The New Yorker, and on public radio’s This American Life, has been honored with two Peabody awards, two duPont-Columbia University awards, and a George Polk Award. He is a writer in residence at Northwestern University. Kotlowitz lives with his wife, Maria Woltjen, and their two children, Mattie and Lucas, just outside of Chicago.

2 thoughts on “My America: Elly Fishman”