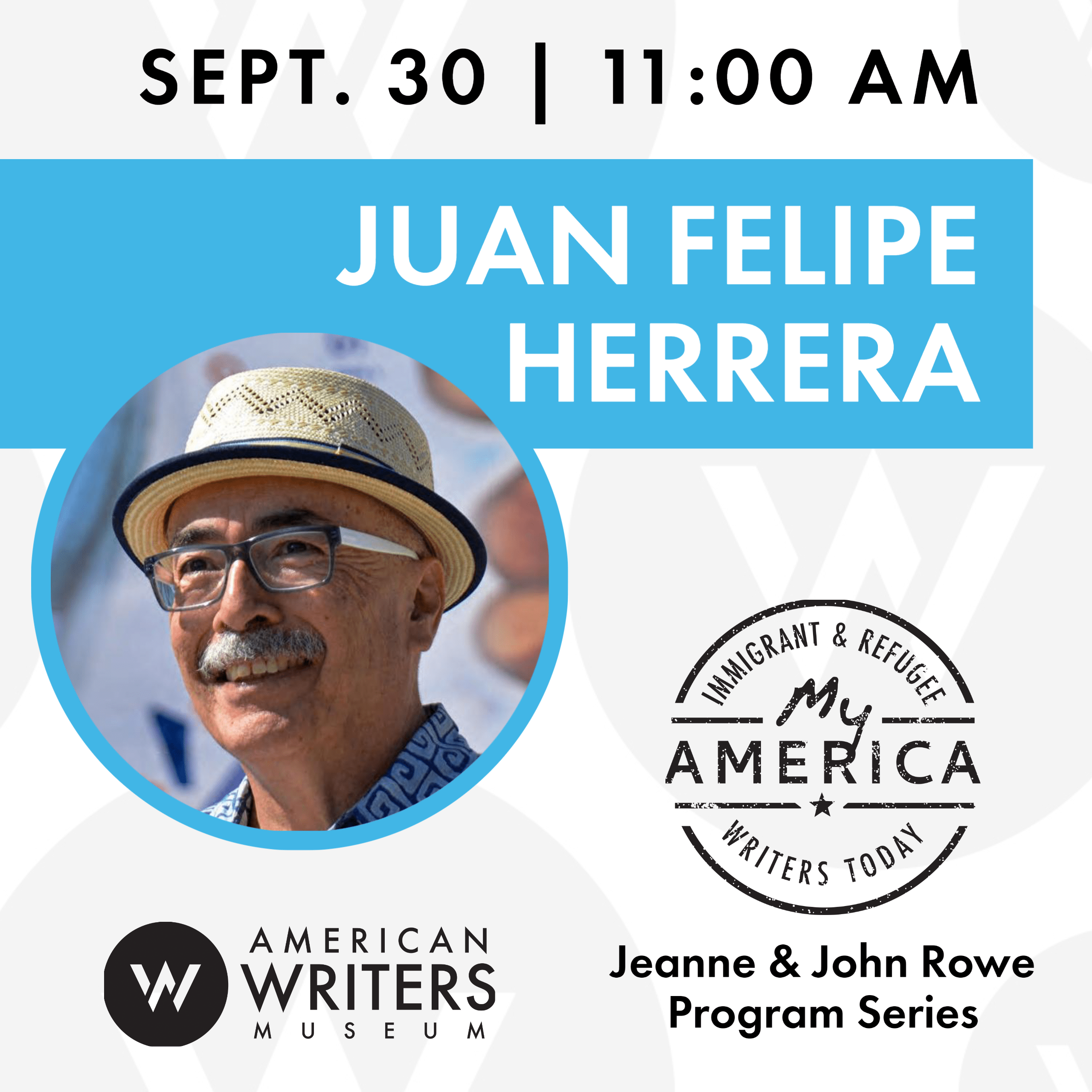 Former U.S. Poet Laureate Juan Felipe Herrera presents his new poetry collection Every Day We Get More Illegal, a trenchant and compassionate book filled with hope from the nation’s first Latino Poet Laureate. This program will be take place September 30 at 11:00 am Central and will be hosted live via Zoom, register for the free program here. To purchase a copy of the book please visit our bookselling partner, Seminary Co-op Bookstores or visit our page at Bookshop.org. 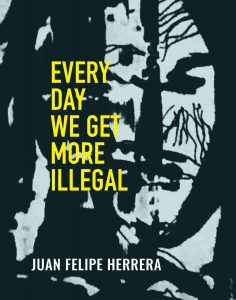 More about Every Day We Get More Illegal:

In this collection of poems, written during and immediately after two years on the road as United States Poet Laureate, Juan Felipe Herrera reports back on his travels through contemporary America. Poems written in the heat of witness, and later, in quiet moments of reflection, coalesce into an urgent, trenchant, and yet hope-filled portrait. The struggle and pain of those pushed to the edges, the shootings and assaults and injustices of our streets, the lethal border game that separates and divides, and then: a shift of register, a leap for peace and a view onto the possibility of unity.

Every Day We Get More Illegal is a jolt to the conscience—filled with the multiple powers of the many voices and many textures of every day in America.

Praise for Every Day We Get More Illegal:

“In Every Day We Get More Illegal Juan Felipe Herrera shows off all of his styles. These poems talk directly to America, to migrant people, and to working people. Herrera has created a chorus to remind us we are alive and beautiful and powerful.”
—José Olivarez, author of Citizen Illegal

“Many poets since the 1960s have dreamed of a new hybrid art, part oral, part written, part English, part something else: an art grounded in ethnic identity, fueled by collective pride, yet irreducibly individual too. Many poets have tried to create such an art: Herrera is one of the first to succeed.”
—New York Times

“Herrera has the unusual capacity to write convincing political poems that are as personally felt as poems can be.”
—NPR

JUAN FELIPE HERRERA was the 21st U.S. Poet Laureate from 2015-2017, the first Latino to receive this honor. The son of migrant farm workers, he was educated at UCLA and Stanford University, and received his MFA from the University of Iowa Writers’ Workshop. His numerous poetry collections include Notes on the Assemblage (2015), 187 Reasons Mexicanos Can’t Cross the Border: Undocuments 1971-2007 (2007), Half of the World in Light: New and Selected Poems (2008), and Border-Crosser with a Lamborghini Dream (1999). Notes on the Assemblage was named a Best Book of the Year by The New Yorker, The Washington Post, Library Journal, NPR, and BuzzFeed. In addition to publishing more than a dozen collections of poetry, Herrera has written short stories, young adult novels, and children’s literature.