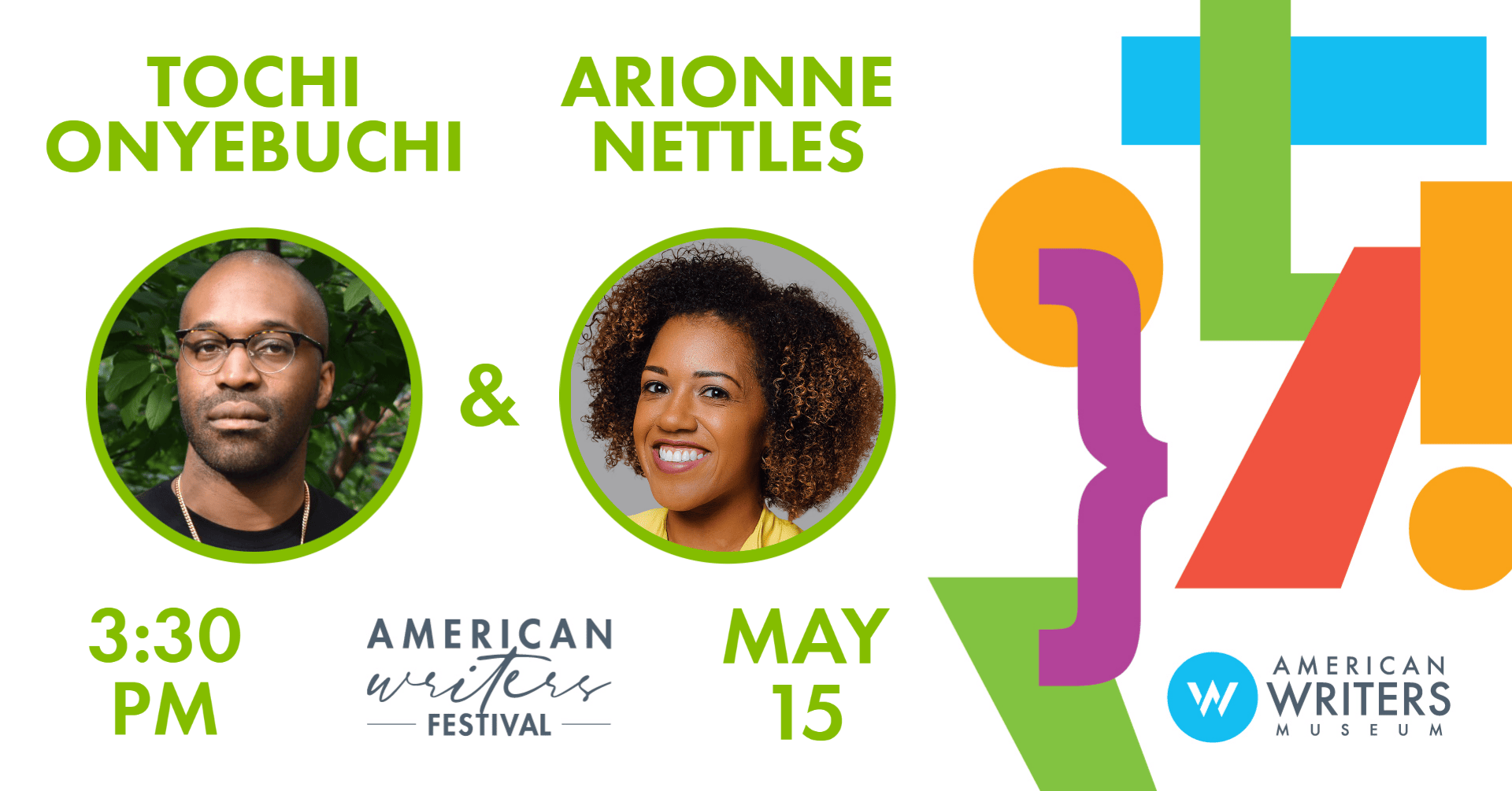 Tochi Onyebuchi will be in conversation with Arionne Nettles about his book Goliath.

Tochi Onyebuchi will be signing books at 4:30 PM.

In the 2050s, Earth has begun to empty. Those with the means and the privilege have departed the great cities of the United States for the more comfortable confines of space colonies. Those left behind salvage what they can from the collapsing infrastructure. As they eke out an existence, their neighborhoods are being cannibalized. Brick by brick, their houses are sent to the colonies, what was once a home now a quaint reminder for the colonists of the world that they wrecked.

A primal biblical epic flung into the future, Goliath weaves together disparate narratives—a space-dweller looking at New Haven, Connecticut as a chance to reconnect with his spiraling lover; a group of laborers attempting to renew the promises of Earth’s crumbling cities; a journalist attempting to capture the violence of the streets; a marshal trying to solve a kidnapping—into a richly urgent mosaic about race, class, gentrification, and who is allowed to be the hero of any history.

Tochi Onyebuchi is the author of the young adult novel Beasts Made of Night, which won the Ilube Nommo Award for Best Speculative Fiction Novel by an African, its sequel, Crown of Thunder, and War Girls. His novella Riot Baby, a finalist for the Hugo, the Nebula, the Locus, the Ignyte, and the NAACP Image Awards, won the New England Book Award for Fiction and an ALA Alex Award. He holds a B.A. from Yale, a M.F.A. in screenwriting from the Tisch School for the Arts, a Master’s degree in droit économique from Sciences Po, and a J.D. from Columbia Law School. His fiction has appeared in Panverse Three, Asimov’s Science Fiction, Obsidian, Omenana Magazine, Uncanny, and Lightspeed. His non-fiction has appeared in Tor.com, Nowhere Magazine, the Oxford University Press blog, and the Harvard Journal of African American Public Policy, among other places.

Arionne Nettles is a lecturer at Northwestern University’s Medill School of Journalism, Media, Integrated Marketing Communications. As a culture reporter in print and audio, her stories often look into Chicago history, culture, gun violence, policing and race & class disparities as a contributor to the New York Times Opinion, Chicago Reader, The Trace, Medium’s ZORA and Momentum, Chicago PBS station WTTW and NPR affiliate WBEZ. She is also host of Is That True? A Kids Podcast About Facts.