It’s time to celebrate the new year! While 2021 had its challenges, some of them never-ending, 2022 is a year worth looking forward to. Let’s take a look at some of the upcoming premieres, releases, and big events set to happen in the first half of 2022. Are there any events or releases that I missed? What are you looking forward to in 2022? 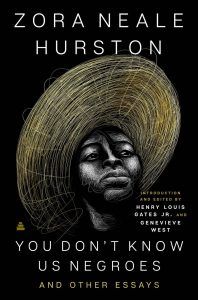 Released just yesterday, “You Don’t Know Us Negroes is the quintessential gathering of provocative essays from one of the world’s most celebrated writers, Zora Neale Hurston. Spanning more than three decades and penned during the backdrop of the birth of the Harlem Renaissance, Montgomery bus boycott, desegregation of the military, and school integration, Hurston’s writing articulates the beauty and authenticity of Black life as only she could… Demonstrating the breadth of this revered and influential writer’s work, You Don’t Know Us Negroes and Other Essays is an invaluable chronicle of a writer’s development and a window into her world and mind.”

Kristen Bell leads this darkly comedic thriller as Anna. Every night, she sits at her window, watching life go by without her until a mysterious neighbor and her handsome husband moves in across the street. Things seem to be going okay until she becomes the only witness to a gruesome murder… Or did she? The series was created by Rachel Ramras, Hugh Davidson, and Larry Dorf. Alongside Bell, the series stars Tom Riley, Shelley Hennig, and Michael Ealy. Watch the trailer now. 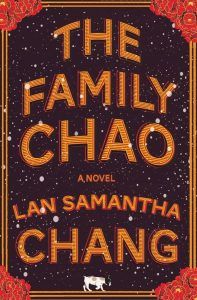 Feb 1 – The Family Chao: A Novel by Lan Samantha Chang will be published

In a new and exciting take on Dostoyevsky’s The Brothers Karamazov, Lan Samantha Chang brings heartbreak, suspense, and “a gorgeous and gripping literary mystery” (Jean Kwok) to life in the form of the Chao family. When patriarch Leo Chao is found dead, brothers James, Ming, and Dagou must fight the suspicions of the town. The Family Chao offers “a kaleidoscopic, highly entertaining portrait of a Chinese American family grappling with the dark undercurrents of a seemingly pleasant small town.”

Feb 18 – Uncharted, based on 2007 video game of the same name, arrives in theaters

From the studio: “Street-smart thief Nathan Drake (Tom Holland) is recruited by seasoned treasure hunter Victor ‘Sully’ Sullivan (Mark Wahlberg) to recover a fortune lost by Ferdinand Magellan 500 years ago. What starts as a heist job for the duo becomes a globe-trotting, white-knuckle race to reach the prize before the ruthless Moncada (Antonio Banderas), who believes he and his family are the rightful heirs. If Nate and Sully can decipher the clues and solve one of the world’s oldest mysteries, they stand to find $5 billion in treasure and perhaps even Nate’s long-lost brother…but only if they can learn to work together.”

Inspired by the Eurovision Song Contest, American Song Contest will pit the 50 states, seven territories, and Washington DC against each other to determine who will earn the title of Best Original Song. 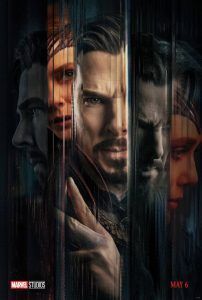 Mar 15 – In the Margins: On the Pleasure of Reading and Writing by Elena Ferrante, translated by Ann Goldstein, will be published

From the publisher: “In 2020, Claire Luchette in O, The Oprah Magazine described the beloved Italian novelist Elena Ferrante as ‘an oracle among authors.’ Here, in these four crisp essays, Ferrante offers a rare look at the origins of her literary powers. She writes about her influences, her struggles, and her formation as both a reader and a writer; she describes the perils of ‘bad language’ and suggests ways in which it has long excluded women’s truth; she proposes a choral fusion of feminine talent as she brilliantly discourses on the work of Emily Dickinson, Gertrude Stein, Ingeborg Bachmann, and many others.” 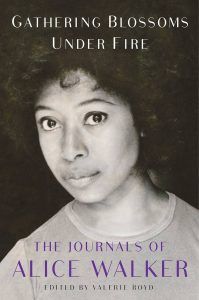 Apr 12 – Gathering Blossoms Under Fire: The Journals of Alice Walker, 1965-2000 by Alice Walker, edited by Valerie Boyd will be published

From the publisher: “For the first time, the edited journals of Alice Walker are gathered together to reflect the complex, passionate, talented, and acclaimed Pulitzer Prize winner of The Color Purple. She intimately explores her thoughts and feelings as a woman, a writer, an African-American, a wife, a daughter, a mother, a lover, a sister, a friend, a citizen of the world.”

On May 16, 2017, the American Writers Museum opened its doors to the public for the first time after years of planning and development. This May, make sure to keep your eyes open for special offers and events to celebrate our 5th birthday! 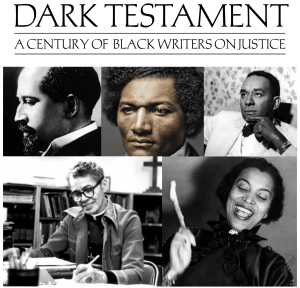 June 17 – Pixar’s Lightyear will premiere in the theaters

In June, audiences across America will discover the real-life (fictional) origin story of Buzz Lightyear, the character who inspired the action figures in the Toy Story film franchise. Lightyear, the 26th film from Pixar Animation Studios, will star Chris Evans as the titular character. Click here to watch the trailer now.