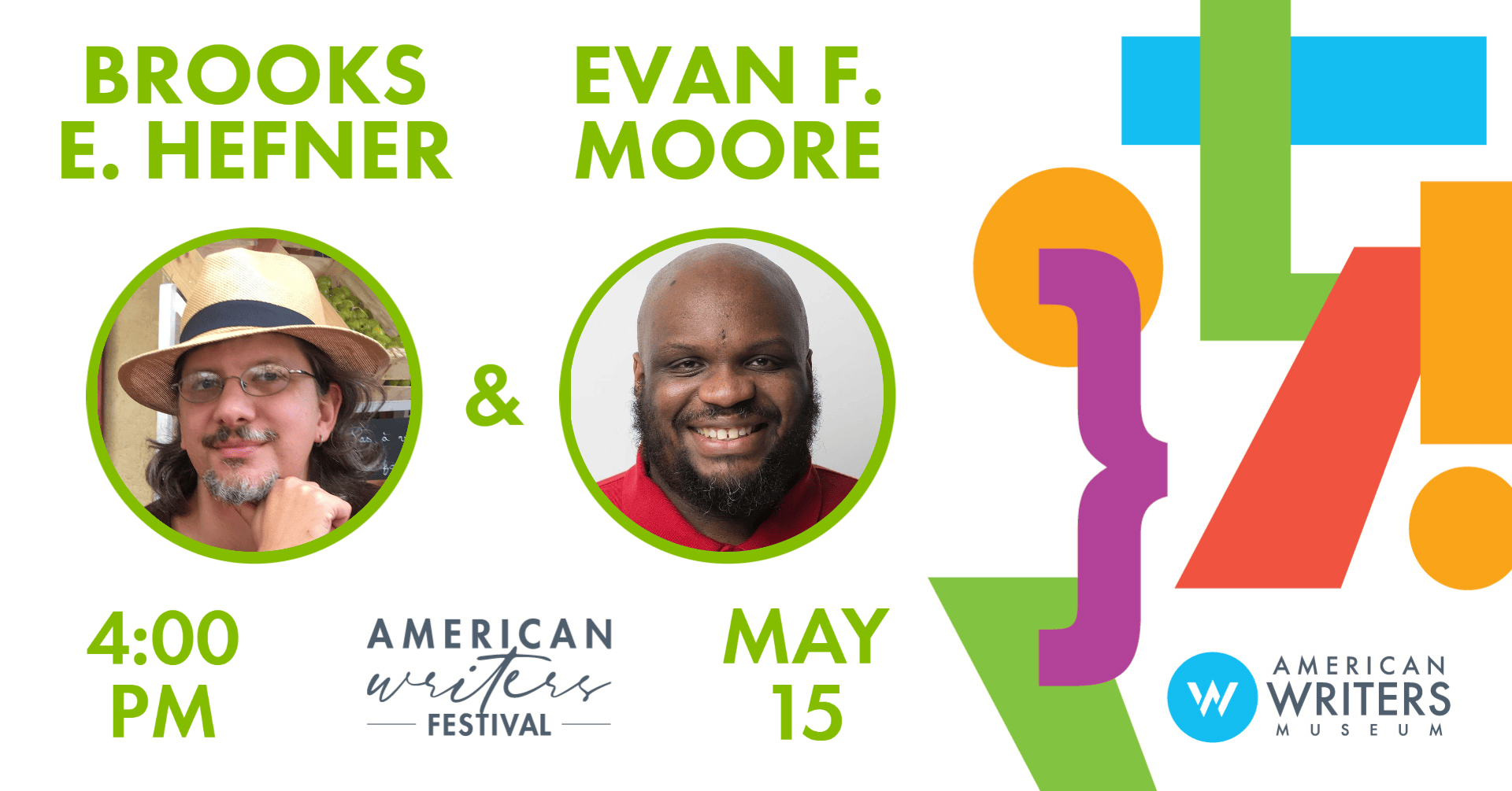 Brooks E. Hefner will be in conversation with Evan F. Moore about Hefner’s book Black Pulp: Genre Fiction in the Shadow of Jim Crow.

Brooks E. Hefner will be signing books at 5 PM.

About Black Pulp: Genre Fiction in the Shadow of Jim Crow:

From the pages of the Pittsburgh Courier and the Baltimore Afro-American, Brooks E. Hefner recovers a rich archive of African American genre fiction from the 1920s through the mid-1950s—spanning romance, hero-adventure, and crime stories to westerns and science fiction. Reading these stories, Hefner explores how their authors deployed, critiqued, and reassembled genre formulas in the service of racial justice.

Brooks E. Hefner is Roop Distinguished Professor of English at James Madison University. He has published a host of articles and book chapters on U.S. modernism, popular culture, and film, as well as two books: The Word on the Streets: The American Language of Vernacular Modernism (U of Virginia P, 2017) and Black Pulp: Genre Fiction in the Shadow of Jim Crow (U of Minnesota P, 2021). He is also the co-director of Circulating American Magazines, a project funded by a National Endowment for the Humanities Digital Humanities Advancement Grant.

Evan F. Moore is the co-author of the book, Game Misconduct: Hockey’s Toxic Culture and How to Fix It. His work over time, which consists of topics at the intersection of sports, race, and culture, is featured in Rolling Stone, Chicago Sun-Times, Chicago Magazine, The Athletic, Chicago Reader, and ESPN, among many others. His hockey writing was featured in the 2019 edition of The Best American Sports Writing book series. Evan is an adjunct journalism professor at DePaul University.