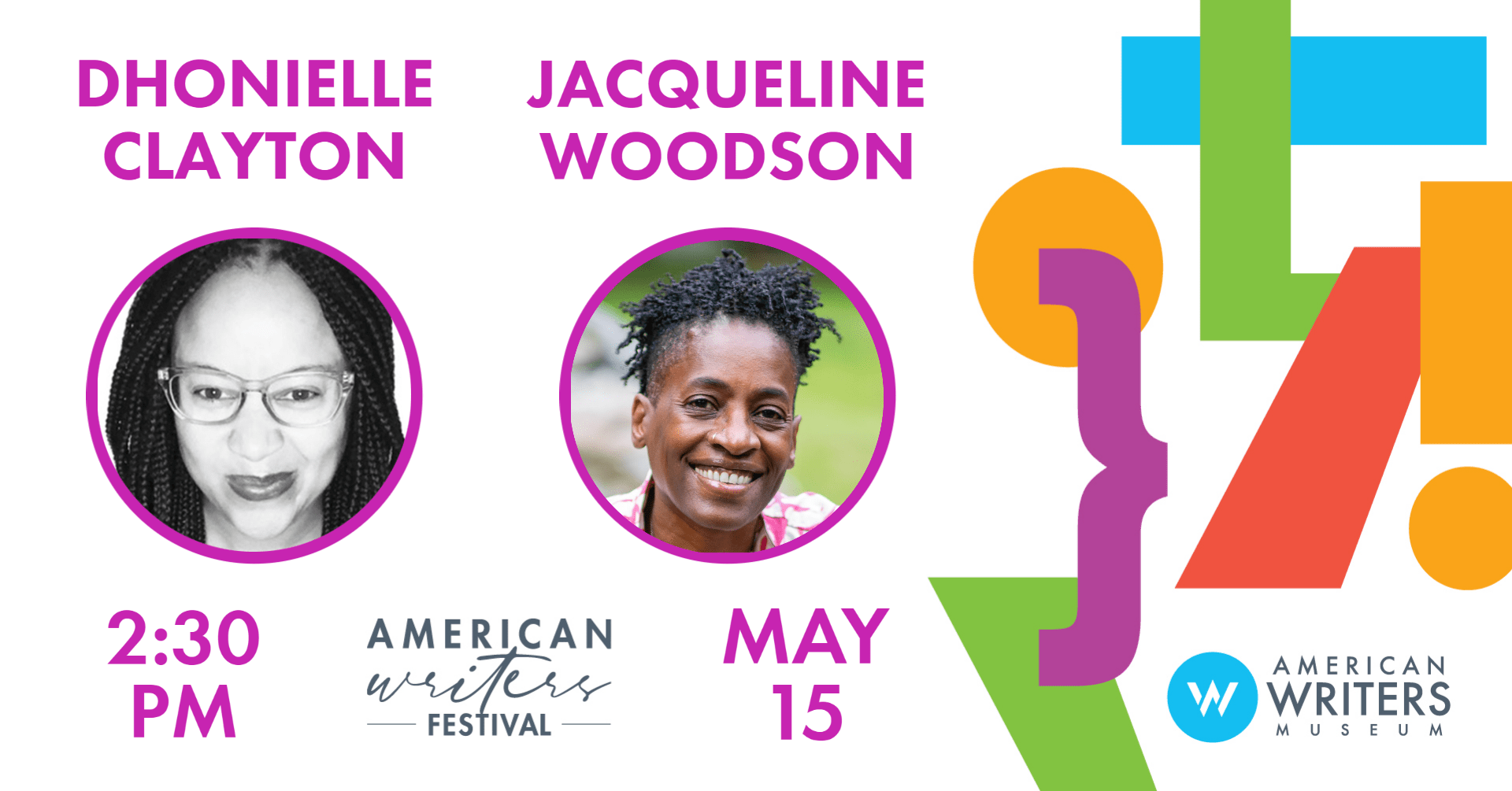 Dhonielle Clayton will be in conversation with Jacqueline Woodson about Clayton’s new book, The Marvellers.

Eleven-year-old Ella Durand is the first Conjuror to attend the Arcanum Training Institute, a magic school in the clouds where Marvellers from around the world practice their cultural arts, like brewing Indian spice elixirs and bartering with pesky Irish pixies.

Despite her excitement, Ella discovers that being the first isn’t easy—some Marvellers mistrust her magic, which they deem “bad and unnatural.” But eventually, she finds friends in elixirs teacher, Masterji Thakur, and fellow misfits Brigit, a girl who hates magic, and Jason, a boy with a fondness for magical creatures.

When a dangerous criminal known as the Ace of Anarchy escapes prison, supposedly with a Conjuror’s aid, tensions grow in the Marvellian world and Ella becomes the target of suspicion. Worse, Masterji Thakur mysteriously disappears while away on a research trip. With the help of her friends and her own growing powers, Ella must find a way to clear her family’s name and track down her mentor before it’s too late.

Dhonielle Clayton spent most of her childhood under her grandmother’s table with a stack of books. She hails from the Washington, D.C. suburbs on the Maryland side. She is the author of the Tiny Pretty Things series (recently adapted by Netflix) and The Belles series. She earned an MA in Children’s Literature from Hollins University and an MFA in Writing for Children at the New School. Now, she is a librarian at Harlem Village Academies, is one of the #WeNeedDiverseBooks librarians, and co-founder of CAKE Literary. The Marvellers is her debut middle grade novel.

Jacqueline Woodson is the recipient of a 2020 MacArthur Fellowship, the 2020 Hans Christian Andersen Award, the 2018 Astrid Lindgren Memorial Award, and the 2018 Children’s Literature Legacy Award, and she was the 2018–2019 National Ambassador for Young People’s Literature. Her New York Times bestselling memoir, Brown Girl Dreaming, won the National Book Award, as well as the Coretta Scott King Award, a Newbery Honor, and the NAACP Image Award. She also wrote the adult books Red at the Bone, a New York Times bestseller, and Another Brooklyn, a 2016 National Book Award finalist. Her dozens of books for young readers include Coretta Scott King Award and NAACP Image Award winner Before the Ever After, New York Times bestsellers The Year We Learned to Fly, The Day You Begin, and Harbor Me, Newbery Honor winners Feathers, Show Way, and After Tupac and D Foster, and the picture book Each Kindness, which won the Jane Addams Children’s Book Award.