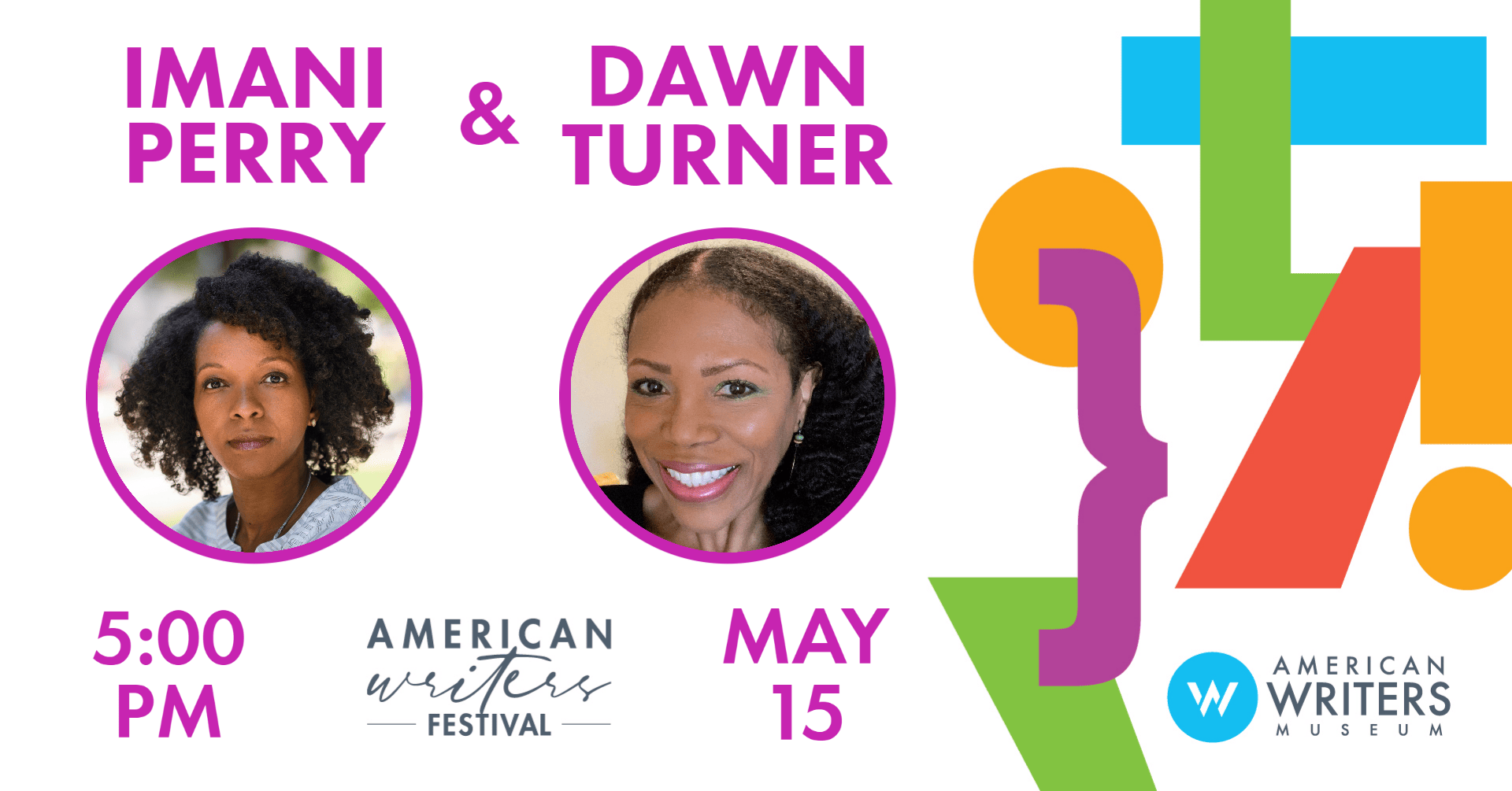 Imani Perry will be in conversation with Dawn Turner about Perry’s book South to America: A Journey Below the Mason-Dixon to Understand the Soul of a Nation.

About South to America: A Journey Below the Mason-Dixon to Understand the Soul of a Nation:

An essential, surprising journey through the history, rituals, and landscapes of the American South—and a revelatory argument for why you must understand the South in order to understand America

We all think we know the South. Even those who have never lived there can rattle off a list of signifiers: the Civil War, Gone with the Wind, the Ku Klux Klan, plantations, football, Jim Crow, slavery. But the idiosyncrasies, dispositions, and habits of the region are stranger and more complex than much of the country tends to acknowledge. In South to America, Imani Perry shows that the meaning of American is inextricably linked with the South, and that our understanding of its history and culture is the key to understanding the nation as a whole.

Imani Perry is the Hughes-Rogers Professor of African American Studies at Princeton University and a faculty associate with the Programs in Law and Public Affairs, Gender and Sexuality Studies and Jazz Studies. She is the author of 6 books, including Looking for Lorraine: The Radiant and Radical Life of Lorraine Hansberry, which received the Pen Bograd-Weld Award for Biography, The Phi Beta Kappa Christian Gauss Award for outstanding work in literary scholarship, the Lambda Literary Award for LGBTQ Nonfiction and the Shilts-Grahn Award for nonfiction from the Publishing Triangle. Looking for Lorraine was also named a 2018 notable book by the New York Times, and a honor book by the Black Caucus of the American Library Association. It was a finalist for the African American Intellectual History Society Pauli Murray Book Prize. Her book May We Forever Stand: A History of the Black National Anthem, winner of the 2019 American Studies Association John Hope Franklin Book Award for the best book in American Studies, the Hurston Wright Award for Nonfiction, and finalist for an NAACP Image Award in Nonfiction. Her most recent book is: Breathe: A Letter to My Sons (Beacon Press, 2019) which was a finalist for the 2020 Chautauqua Prize and a finalist for the NAACP Image Award for Excellence in Nonfiction.

Dawn Turner is an award-winning author and journalist. Her most recent book, Three Girls from Bronzeville: A Uniquely American Memoir of Race, Fate, and Sisterhood, was named a Notable book of 2021 by The New York Times and The Washington Post, among others. A former columnist for the Chicago Tribune, Turner spent a decade and a half writing about race, politics and people whose stories are often dismissed and ignored. Turner, who served as a 2017 and 2018 juror for the Pulitzer Prize in commentary, has written commentary for The Washington Post, PBS NewsHour, CBS Sunday Morning News show, NPR’s Morning Edition show, the Chicago Tonight show, and elsewhere. She has covered national presidential conventions, as well as Barack Obama’s 2008 presidential election and inauguration. Turner has been a regular commentator for several national and international news programs, and has reported from around the world in countries such as Australia, China, France, and Ghana. She spent the 2014–2015 school year as a Nieman Journalism fellow at Harvard University. In 2018, she served as a fellow and journalist-in-residence at the University of Chicago Institute of Politics. Turner is the author of two novels, Only Twice I’ve Wished for Heaven (Crown, Random House) and An Eighth of August (Crown, Random House). In 2018, she established the Dawn M. Turner and Kim D. Turner Endowed Scholarship in Media at her alma mater, the University of Illinois at Urbana-Champaign.