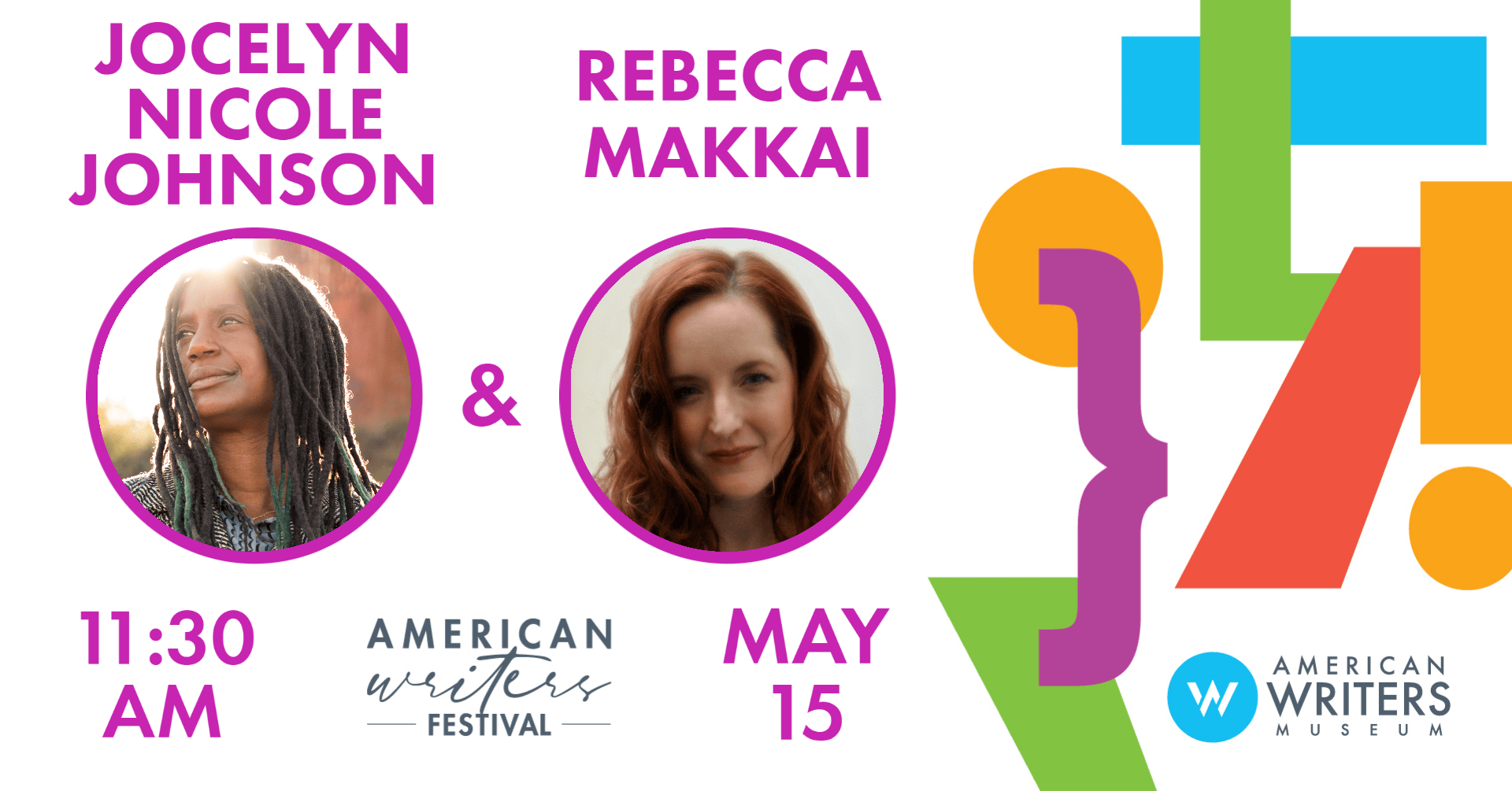 Jocelyn Nicole Johnson will be signing books at 12:30 PM.

A young woman descended from Thomas Jefferson and Sally Hemings driven from her neighborhood by a white militia. A university professor studying racism by conducting a secret social experiment on his own son. A single mother desperate to buy her first home even as the world hurtles toward catastrophe. Each fighting to survive in America.

Tough-minded, vulnerable, and brave, Jocelyn Nicole Johnson’s precisely imagined debut explores burdened inheritances and extraordinary pursuits of belonging. Set in the near future, the eponymous novella, “My Monticello,” tells of a diverse group of Charlottesville neighbors fleeing violent white supremacists. Led by Da’Naisha, a young Black descendant of Thomas Jefferson and Sally Hemings, they seek refuge in Jefferson’s historic plantation home in a desperate attempt to outlive the long-foretold racial and environmental unravelling within the nation.

Jocelyn Nicole Johnson is the author of My Monticello, a fiction debut that was called “a masterly feat” by the New York Times and finalist for the Kirkus Prize. Johnson has been a fellow at TinHouse, Hedgebrook, and the Virginia Center for the Creative Arts. Her writing appears in Guernica, The Guardian and elsewhere. Her short story “Control Negro” was anthologized in The Best American Short Stories 2018, guest edited by Roxane Gay, who called it, “one hell of a story” and read live by LeVar Burton as part of PRI’s Selected Shorts series. A veteran public school art teacher, Johnson lives and writes in Charlottesville, Virginia.

Rebecca Makkai is the Chicago-based author of the novels The Great Believers, The Hundred-Year House, and The Borrower, as well as the short story collection Music for Wartime. The Great Believers was a finalist for the Pulitzer Prize and the National Book Award, and received the ALA Carnegie Medal and the LA Times Book Prize, among other honors. Makkai is on the MFA faculties of Sierra Nevada College and Northwestern University, and she is Artistic Director of StoryStudio Chicago.