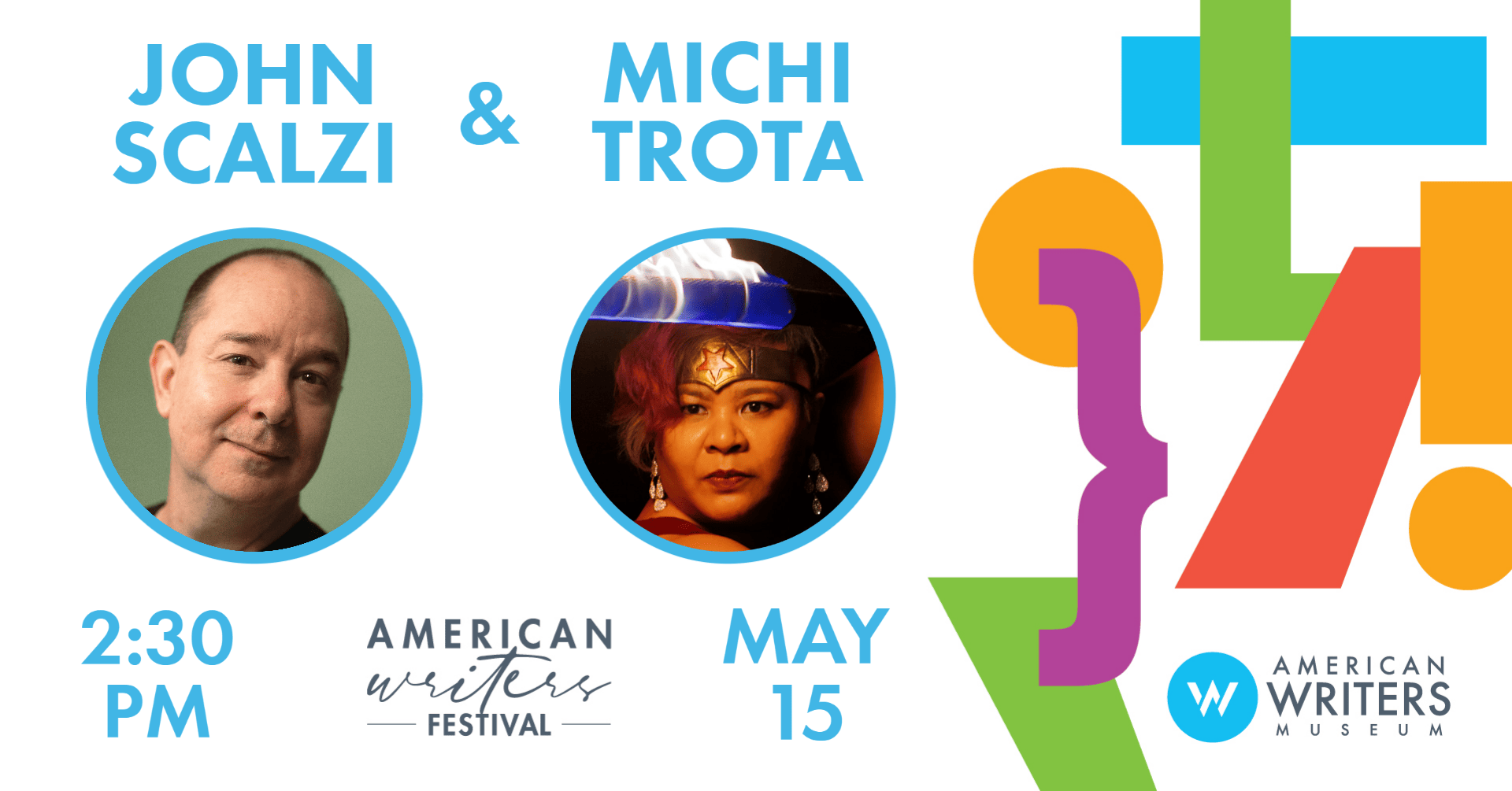 John Scalzi will be in conversation with Michi Trota about his book The Kaiju Preservation Society.

John Scalzi will be signing books at 3:30 PM.

About The Kaiju Preservation Society:

When COVID-19 sweeps through New York City, Jamie Gray is stuck as a dead-end driver for food delivery apps. That is, until Jamie makes a delivery to an old acquaintance, Tom, who works at what he calls “an animal rights organization.” Tom’s team needs a last-minute grunt to handle things on their next field visit. Jamie, eager to do anything, immediately signs on.

What Tom doesn’t tell Jamie is that the animals his team cares for are not here on Earth. Not our Earth, at least. In an alternate dimension, massive dinosaur-like creatures named Kaiju roam a warm, human-free world. They’re the universe’s largest and most dangerous panda and they’re in trouble.

It’s not just the Kaiju Preservation Society who have found their way to the alternate world. Others have, too. And their carelessness could cause millions back on our Earth to die.

John Scalzi is one of the most popular SF authors of his generation. His debut, Old Man’s War, won him the John W. Campbell Award for Best New Writer. His New York Times bestsellers include The Last Colony, Fuzzy Nation, Redshirts (which won the 2013 Hugo Award for Best Novel), and 2020’s The Last Emperox. Material from his blog, “Whatever” (whatever.scalzi.com), has earned him two other Hugo Awards. Scalzi also serves as critic-at-large for the Los Angeles Times. He lives in Ohio with his wife and daughter.

Michi Trota is a writer, editor, and fire performer who is a five-time Hugo Award winner, British Fantasy Award winner, and Ignyte Award finalist. She is the Features Editor of Prism, a former Editor-in-Chief of Science Fiction & Fantasy Writers of America (SFWA), and the first Filipina Hugo Award winner. Her publications include the WisCon Chronicles Vol. 12 co-edited with Isabel Schechter (Aqueduct Press) and the Wing Luke Museum 2018-19 exhibit Worlds Beyond Here: Expanding the Universe of APA Science Fiction. Michi performs with Raks Geek/Raks Inferno Fire+Bellydance troupe and lives with her spouse and two cats in Chicago.