As the days lengthen and the sun shines higher in the afternoon sky, birds begin to chatter and whistle returning to their northern homes. The Harbinger of Spring has graced our yards and greenspaces. There is no better time than now, especially because we are remaining indoors for the good of our communities, to delve into a book on the topic of the environment. Now that most of the hustle and bustle of the cities have dwindled to the occasional grocery store attendee and some people lounging in the park, there have been many many more occurrences of wild animals returning to the urban landscape, and natural spaces in urban settings becoming cleaner and more habitable to our fellow earth dwellers.

The resilience of nature shines through in these uncertain times. With these six authors one can find stories of strength, wonder, and excitement all pointing towards environmental themes and ways the human race can help or harm our planet and ourselves in the process.

This list is also available on Bookshop.org, which benefits independent bookstores. We also strongly encourage you to support your local bookstore by ordering through them online directly. They need our help more than ever, and we need them to stick around.

Barbara Kingsolver’s novels often focus on both the impacts of global climate change on everyday rural citizens and intricate and strained familial bonds. The central themes of her novels tend to be about changes in the local environment and characters surrounded by political and social issues, many of which are environmental. The Poisonwood Bible, a book about a missionary family moving from the U.S. state of Georgia to the Congo during the fight for Congolese independence in the 1950s, is by far her most famous novel, however her more recent novels, Flight Behavior and Unsheltered reflect the uncertain times ahead and individuals uncovering adversity and abuse within the very environment in which they are rooted. 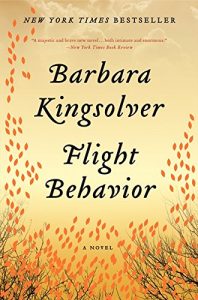 In her writing Kingsolver enjoys exploring the many different landscapes of places she has lived including rural Appalachia, the Congo, and Arizona. Her relatable characters are often discovering the climate injustices within their own backyards, or struggling to understand the new environment in which they have arrived. She has also written several non-fiction and short story accounts of her time living exclusively off local food sources and thinking about the ecological relationships between humans and nature.

If you’ve read Edward Abbey’s Desert Solitaire then you should read The Land of Little Rain by Mary Hunter Austin next. Austin was one of the few women nature writers of the 19th century. Obsessed with everything about the desert, she observes the mysticism, allure, and deadly nature of the Mojave Desert. Utilizing illustrative, enchanting, and haunting imagery from her time in the desert, Austin weaves tales of the harsh, unlivable environment with the flora and fauna that have chosen and adapted to endure these unrelenting conditions. 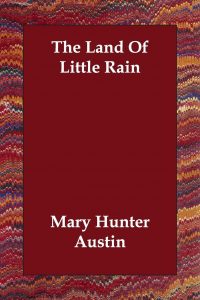 If you need more reason to read her, in addition to advocating for human connection with nature and the rights of the people who live there, namely Native American Tribes, she was a proponent for women’s and immigrants rights. She produced every type of writing: plays, children’s books, essays, non-fiction. She wrote on water management, the mistreatment of Native Americans and the injustices and social restrictions of womanhood. Her life was full of hardships and she was unconventional in every way. She lived all over the world, argued often with John Muir, and kept company with Herbert Hoover, H.G. Wells, and Jack London. People she has influenced range from Willa Cather to prominent landscape photographer Ansel Adams to contemporary environmental writers such as Gary Synder. 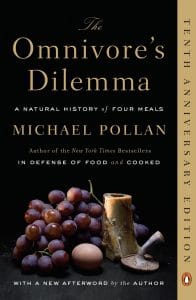 In preparation for spring and summer and arguably all the best foods to come back in season, I would recommend reading Micheal Pollan’s books. Throughout his many books, Pollan has explored topics such as the domestication of our food, the ways food can affect our thinking, and how the modern American supermarket has evolved to include corn in almost everything. He has investigated how weeds are linked to the very spaces that humans occupy. In elegant, well-thought prose, Pollan successfully conveys how to think more critically about the important food choices we make everyday and the ways that nature, by product of food and consumption, is a part of our everyday lives. 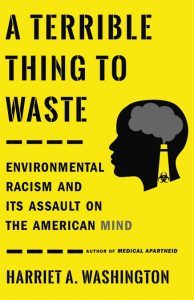 In her previous books, Washington focuses on work in the medical field, often about analyzing the mistreatment of African-Americans from the colonial period to today, secrets of the medical trade and destigmatizing mental health. However, in her most recent book Washington concentrates on how chemicals and pollutants are disproportionately affecting communities of color in America as a result of environmental racism. Washington writes primarily about the ways that chemicals can affect children and adults even if they are exposed to less than the determined threshold. Unlike the other authors on this list, she directs attention more on the detrimental effects of humans on themselves and the earth.

Suggested reading: A Terrible Thing to Waste: Environmental Racism and Its Assault on the American Mind

If you’ve already read Aldo Leopold’s A Sand County Almanac, next on your list should be some of Wendell Berry’s books. Although the environment is that of the farms between the rolling hills of Kentucky and the sloping banks of the Kentucky River Valley, Berry, much like Leopold, concentrates on the American cultural norms surrounding agriculture, farming and nature and his criticisms remain noteworthy to this day. 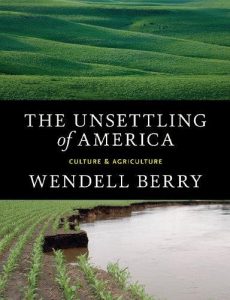 Berry is an author, poet, essayist, environmental activist, farmer, and cultural critic. With insights into the back-to-the-land movement in the 1970’s, thoughts on sustainable farming and agriculture and illustrating a way of life that’s realistic for the future of agriculture within his writings, Berry emphasizes a connection to the land, sustainable agriculture and roots within your local environment. Descended from generations of farmers, he strongly advocates for anti-modernism, localization, and the education of farmers, bringing up points that the average city dweller today, inundated with sleek new technology and car commercials that romanticize rural landscapes, could never fully understand. 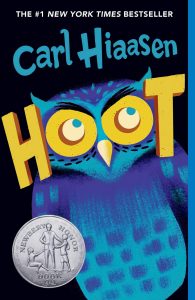 Known for his best selling Young Adult novels such as Hoot and Flush and themes of crime, mystery, environmentalism, and crooked politicians, Carl Hiassen has a book for everyone from youth to adult. Full of action and adventure, Hiaasen has some of the best books for learning about environmental justice and local knowledge of land. Oftentimes his books are set in his native Florida and utilizes endangered or localized species to inform the plot. Hoot is a personal favorite. Set in Florida three unlikely middle schoolers band together to stop the construction of a Pancake House franchise in the middle of the endangered Burrowing Owls habitat.

Who are your favorite environmentally conscious writers? Let us know in the comments!