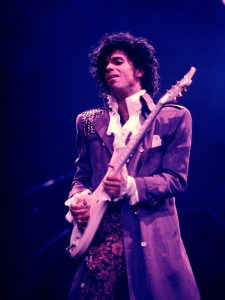 Historically, the color purple has long been associated with royalty, privilege, and power. As early as the 15th century, wealthy and powerful people wore purple to signify their position in society. At the time, the process of getting purple dye (known then as Tyrian purple) was long, difficult, and expensive. Thousands of tiny sea snails had to be found, have their shells cracked and removed, and then left to soak until a small gland could be removed and placed in the sunlight. This process allowed kings, noblemen, and priests across the Mediterranean to display their wealth and privilege. As time went on and the purple dye became easier to produce, people of all classes could obtain purple garments. Despite its current availability, purple is still held in high regard. The Purple Heart is awarded by the President to those “who are wounded or killed while fighting in the nation’s wars. … The Purple Heart is the only decoration awarded without regard to any person’s favor or approval; any soldier, sailor, airman or marine who sheds blood in defense of the nation is automatically awarded the Purple Heart” (armyhistory.com). In the English language, the word purple only has one perfect rhyme, the word “curple,” meaning the hindquarters or rump of a horse. Purple can be seen used widely in entertainment, from Tinky Winky to Barney the Dinosaur. Singer-songwriter Prince loved purple, as seen in his wardrobe, stage sets, albums, and, of course, his song Purple Rain. In the LGBT community, purple is strongly associated with bisexuality and is reflected in the bisexual pride flag. Designer Michael Page explained the flags meaning saying, “The key to understanding the symbolism of the Bisexual pride flag is to know that the purple pixels of color blend unnoticeably into both the pink and blue, just as in the ‘real world,’ where bi people blend unnoticeably into both the gay/lesbian and straight communities.”

“The sky is already purple; the first few stars have appeared, suddenly, as if someone had thrown a handful of silver across the edge of the world.”

“‘Yeah, but they’re PURPLE pants,’ Bobby said as if that made some kind of distinction. ‘Hence, I’m awesome.'”

“I think it pisses God off if you walk by the color purple in a field somewhere and don’t notice it.”