The days are sunny and the air is warm. It’s that time of the year: summer! And nothing says summer like secrets and suspense, mysteries and murder. Take some time to cool off this summer with these 10 chilling tales. And visit our Book Club Reading Recommendations page for more recommended summer reading.

This list is also available on our page at Bookshop.org, where you can purchase the books and support us and other literary organizations and independent bookstores.

My Lovely Wife by Samantha Downing 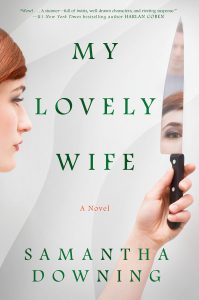 Our love story is simple. I met a gorgeous woman. We fell in love. We had kids. We moved to the suburbs. We told each other our biggest dreams, and our darkest secrets. And then we got bored. We look like a normal couple. We’re your neighbors, the parents of your kid’s friend, the acquaintances you keep meaning to get dinner with. We all have our secrets to keeping a marriage alive. Ours just happens to be getting away with murder.

Millicent and her husband finally find a way to revive their marriage. Their secret? Killing people. Some might go to marriage counseling, others decide to become serial killers. Millicent’s husband will do everything in his power to keep his wife happy – no matter the cost.

Speaking of Summer by Kalisha Buckhanon 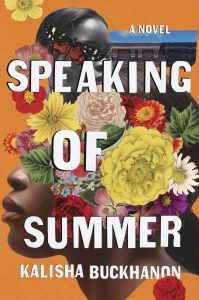 On a cold December evening, Autumn Spencer’s twin sister Summer walks to the roof of their shared Harlem brownstone and is never seen again ― the door to the roof is locked, and no footsteps are found. Faced with authorities indifferent to another missing woman, Autumn must pursue answers on her own.

Speaking of Summer is about a girl named Autumn looking for her missing sister, Summer. Since all of us are looking forward to our summer, I think this is the perfect book to read. Chicago author Kalisha Buckhanon has created a thrilling story documenting the fight to discover the truth of victim invisibility in the midst of urban peril.

The Woman in the Window by A.J. Finn 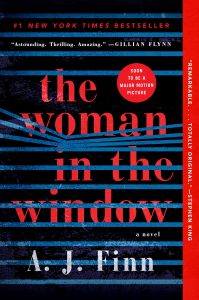 “Something’s happening to me, through me, something dangerous and new. It’s taken root, a poison tree; it’s grown, fanning out, vines winding round my gut, my lungs, my heart.”

A.J. Finn’s The Woman in the Window is a modern reimagining of the 1954 film Rear Window,  with his novel featuring an agoraphobic woman battling between her fear and her desire to help. Will she be able to overcome and leave the house? Read this book to find out.

The Silent Patient by Alex Michaelides 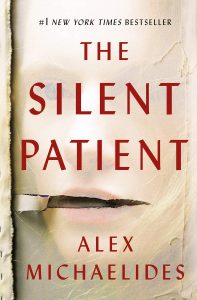 “You become increasingly comfortable with madness – and not just the madness of others, but your own. We’re all crazy, I believe, just in different ways.”

“Alicia Berenson was thirty-three years old when she killed her husband.” This sentence begins the novel, and leaves one clue to its intentions: Alcestis. The story goes that a Greek princess – Alcestis – chose to die herself so that her husband could live. The impact of this story has interesting connotations for this psychological masterpiece, whose continuous unravelling speaks of the inner truth to patient and doctor. Deep dive into The Silent Patient to learn about why a person does something so sinister, and why those that are sane are so obsessed with madness.

The Mother-In-Law by Sally Hepworth 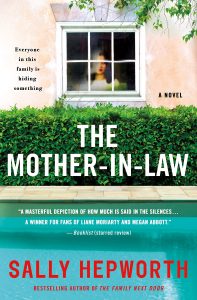 “It’s the truth. Ollie and Nettie would never help me. I’m their mother, which means in our relationship they will always be children, and will only see things from their own perspectives.”

The Mother-In-Law contains two perspectives: that of the mother, and that of the daughter-in-law. All Lucy wanted was to have a close relationship with her husband’s mother, but everything falls under suspicion when Diana dies of a supposed suicide. Yet, Lucy isn’t as devastated about Diana as the others are. Could it have something to do with the mystery shrouding around why Diana changed her will to exclude everyone in the middle of the night? 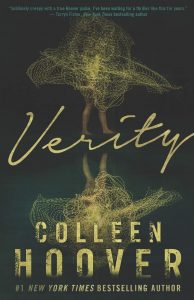 “Some families are lucky enough to never experience a single tragedy. But then there are those families that seem to have tragedies waiting on the back burner. What can go wrong, goes wrong. And then gets worse.”

When Lowen Ashleigh picks up famous writer Verity Crawford’s memoir, she uncovers a disturbing tale of the woman whom she is commissioned to ghostwrite for. While learning more and more about Verity’s dark secrets, Lowen also grows closer and closer to someone else in the house: Verity’s husband. When she decided to take the job, Lowen had no idea what was in store for her.

The Girls by Emma Cline 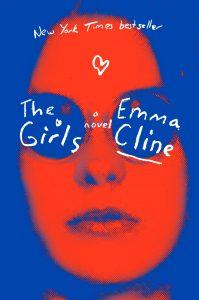 At the start of summer, a lonely and thoughtful teenager, Evie Boyd, sees a group of girls in the park, and is immediately caught by their freedom, their careless dress, their dangerous aura of abandon. Soon, Evie is drawn into the circle of a soon-to-be infamous cult and the man who is its charismatic leader.

This summer seems to be one full of cult stories (Not that I’m complaining). Emma Cline’s novel tells the story of Evie Boyd, who in her old age thinks back on her life as part of a famous cult that had murdered someone in 1969. The story is a loose interpretation of the Manson family and supsequent murder of Sharon Tate, and leaves you wondering ‘what if?’ as you journey through Evie’s life.

Bunny: A Novel by Mona Awad 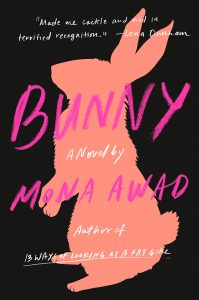 This dark comedy is like a literary Heathers, and has also been picked up by AMC for a television series. The interactions of the Bunnies will give you chills, and Samantha’s commentary is a snarky delight to read. At Samantha’s prestigious graduate school, there is an eerie quartet that roams the halls. They look alike, dress alike, and act alike. They even call each other only by their pet name, ‘Bunny.’ Samantha had always been wary of them, until one day they invite her to become one of them. 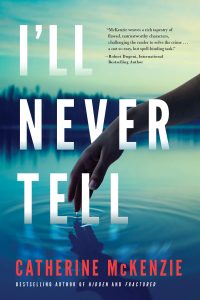 Any one of them could have done it, and all of them are hiding key pieces of the puzzle.

Summer camp is normally a time for bonding and summer fun. That is, until a body shows up in the lake. This is a reality for the MacAllister family, whose experience at their family’s summer camp ended up causing a rift among them for years to come. In this novel, everyone is a suspect, and everyone is guilty until proven innocent.

The Butterfly Garden by Dot Hutchison 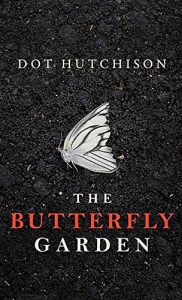 Beauty loses its meaning when you’re surrounded by too much of it.”

At the Butterfly Garden, there lies a collection of butterflies. Butterflies tattooed on the backs of young women, that is. The story is told in two parts, of Inara before and after being captured and turned into Maya, one of the Collector’s butterflies. The novel is the first in the Collector series and their newest edition, The Vanishing Garden, was added earlier this year. If you can’t get enough of this tale, check out its predecessor, The Collector by John Fowles, to learn more on how it all started in the perspective of the murderer himself.

Visit our Reading Recommendations page for more books to add to your summer reading list.